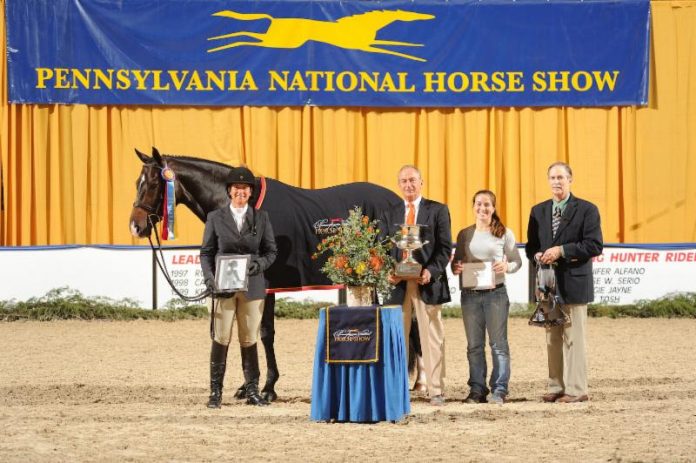 “I’m originally from Harrisburg so anytime I win here on home turf it’s sort of a big deal,” said a thrilled Alfano. “He’s my own horse which makes it really special. He’s been a great horse all along. I just try not to mess him up.”

With two riders on equal points, there was a tie for the Leading Hunter Rider Award and the Elizabeth M. Solter Memorial Perpetual Trophy. Sharing the winner’s circle with Alfano was Scott Stewart of Wellington, FL. Both riders finished with 30.0 points each.

“He was awesome – what a horse!” said Farmer. “Between yesterday and today, I couldn’t be happier. He is a pleasure to ride and a pleasure to have.”

Live coverage of the competition, scoring results and more details on the show are all available at www.PAnational.org.