By Brenda Mueller for ChicagoEquestrian.com 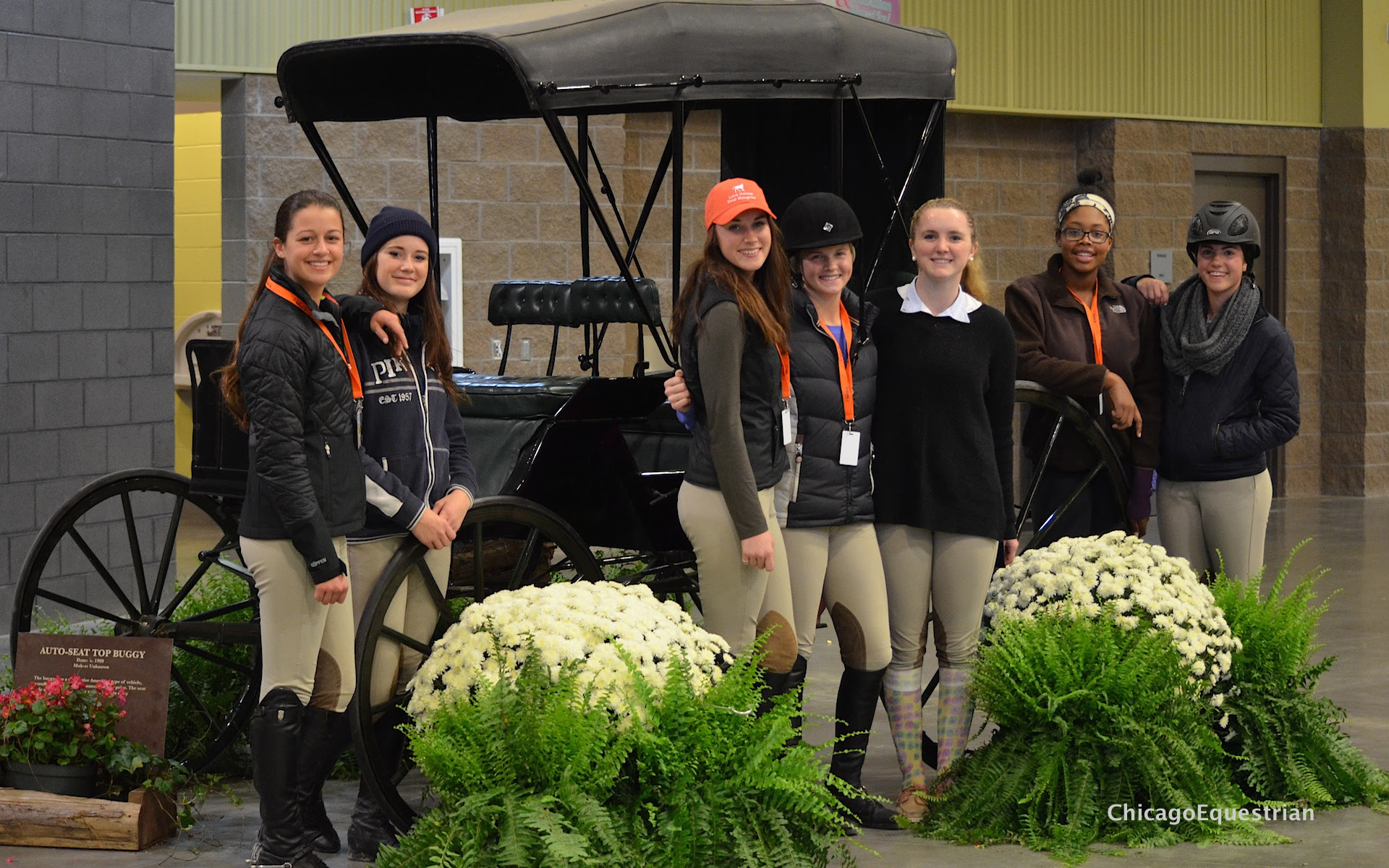 Lexington, KY – November 1, 2014 – USHJA Zone 5 riders are among the 153 finalists set to compete in the ASPCA Maclay Medal Finals presented by Dover Saddlery Sunday, November 2, 2014 at the 131st National Horse Show held at the Kentucky Horse Park in Lexington, KY.  The entire event can be seen live onUSEFnetwork.com starting at 6:00 am central time. Here is a sample of some of the riders we caught up with.

First of the Zone 5 riders to go will be Caitlin Boyle going 20th in the order. Boyle, 17, of Hampshire, IL, already has numerous equitation titles on her resume including the R.W. Mutch Equitation Championship from the Devon Horse Show, The Hunterdon Cup, the Midwest Regional ASPCA Maclay winner,  M&S Midwest Junior Medal winner and the IHJA Junior Medal winner to name a few.  Boyle trains with her father Patrick Boyle, Messenger Hill Farm and Andre Dignelli.

Going 45th in the order is Sarah Grant, 17, of Oswego, IL. Grant will be riding Zorro and trains with Ken Stein at Plantation Equestrian Center. This is Grant’s first year at the finals.

Riding in the 48th spot is Clare Sargent, 17, of Kenilworth, IL. Sargent trains with Rush and Caroline Weeden of Brookwood Farm in Antioch, IL and will be riding Coup de Coeur in the class. Sargent shows in the junior hunter division with other horses she owns with much success. She has only been competing in equitation since August so this will be her first finals.

Another Brookwood rider and 56th to go in the order is Piper Benjamin, 17 of Lake Forest, IL. Benjamin qualified her two junior hunters, Texas and Corvine, for the National Horse Show as well and will be riding Lucky Steel in the Maclay finals. Lucky Steel is a young horse so this is his first finals but Benjamin’s second.

Going 66th in the order will be Jordan Allen, who is only 13 years old and from West Bloomfield Hills, MI. Allen rides with trainer Melissa Hirt and will possibly be riding Show Boat in her first finals competition.

The next Zone 5 rider on the list going 86th is Vivian Yowan, 17, of Lexington, KY.  Yowan rides with Kelly and Tim Gougen at Boggs Hill Farm and also carries a credible resume into the finals. Yowan shows both junior hunters and junior jumpers successfully and comes into the finals after securing the third place spot in the Maclay regionals.

Drawing the 101st spot in the order is Haley Zimmerman, 15, of Carmel Indiana. Zimmerman rides with Abby Blankenship of Treesdale Farm and will be riding San Paolo, who is only six years old. Zimmerman recently won the Zone 5 Horsemanship class in September, which is part written test and part riding. Zimmerman was the best of 33 riders to take the equitation title home.

Nearing the bottom of the class and 113th in the order is Jordan Marmul, 16, of Empire MI. Marmul trains with Melissa Hirt and will be riding Borencio for her first try at the finals. Marmul took the fifth place prize home in the Maclay regionals back in September to earn her spot in the finals. Marmul also shows Borencio in the junior hunter division.

Going late on the list will be Gia Gulino, 15, of St. John, IN, who will ride 116th in the order. Gulino trains with Tina Judge Boyle at Judgement Farm in Oswego, IL and will ride her horse Capello. Gulino also shows Capello in the junior hunters and will be riding in her first Maclay finals. Gulino won the Smartpak Children’s Medal Finals Midwest at the Showplace Fall Championship horse show this year.

The ASPCA has several past Maclay winners as Ambassadors for the association including Brianne Goutal, Jessica Springsteen and Stacia Klein Madden.

The Honorary Chairman of the 2014 National Horse Show, Elaine Moore Moffat, won the Maclay in 1946 at Madison Square Garden and can be seen presenting trophies at the show this week.

Watch it all live on USEFnetwork.com. Complete order of go available at the National Horse Show website www.nhs.org.

Helping Your Horse Survive the Heat: A Guide to Electrolytes

Sonrisa Week is All Smiles at HIPICO Santa Fe!