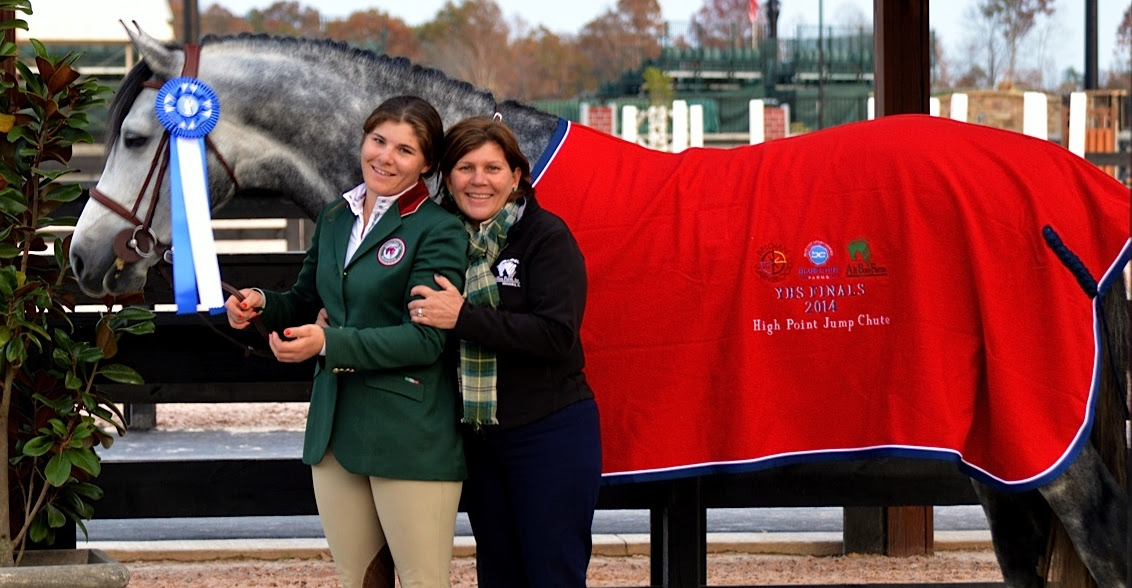 Carrasca Z poses with Taylor and Janet Flury after scoring a perfect 10.

Minooka, IL – November 21, 2014 – AliBoo Farm of Minooka, IL, has put years of work and heart into their line of young horses, which paid off at the Spy Coast Farm Young Horse Show Series Finals held at the Tryon International Equestrian Center (TIEC) in Tryon, NC, earlier this month. The Flury family, owners of AliBoo Farm, qualified eight of their home raised young horses during the season for the finals and returned home with some top honors.

Carrasca Z – (Asca Z x Calato) a four-year-old Approved Stallion, finished first in both the Four-year-old Jump Chute and In-hand/at Liberty class with scores of 10 and 9.64 respectively. He is the first ever horse to receive a perfect score of 10 in any class at the Young Horse Show. He was also the High Point Horse in both the Jump Chute Division as well as the In-hand Division. He also finished second in the Four-year-old Jumping Under Saddle class with a score of 8.37.

The Flury’s have been supporters and sponsors of the series, hosting an exhibitor party at both the Tryon finals and the series show held at Lamplight Equestrian Center in Wayne, IL, earlier this summer. The series was designed to provide sport horse breeders as well as owners, trainers and riders of all disciplines, an affordable show venue to introduce and evaluate their young horses to the show environment. The shows provide an avenue to “put on necessary mileage” with appropriate and special classes suitable to the proper development of young horses.  It is also intended to create a sales environment where numerous young horses are in a single location where their talents can be displayed in front of a buying audience.

“It’s really exciting to see them grow into show horses,” said Taylor Flury. “It’s a little scary to load up all these young horses in the trailer and ship all the way to Tryon with them but it’s really awesome to see how well they do at the shows.”

The Flury’s hope the Young Horse Show Series will help bridge the gap between U.S. breeders and riders looking for quality horses.

“We’re breeding good horses here,” added Flury, “but they’re sitting in backyards. Breeders spend their money doing the breeding and not into the campaigning of their young horses. We’re doing both.”

The Flury’s have done extensive research and planning to develop their line of horses. Flury is also on the board of the BWP Registry (Belgian Warmblood) and travels with the registry to assist people in getting their horses approved. 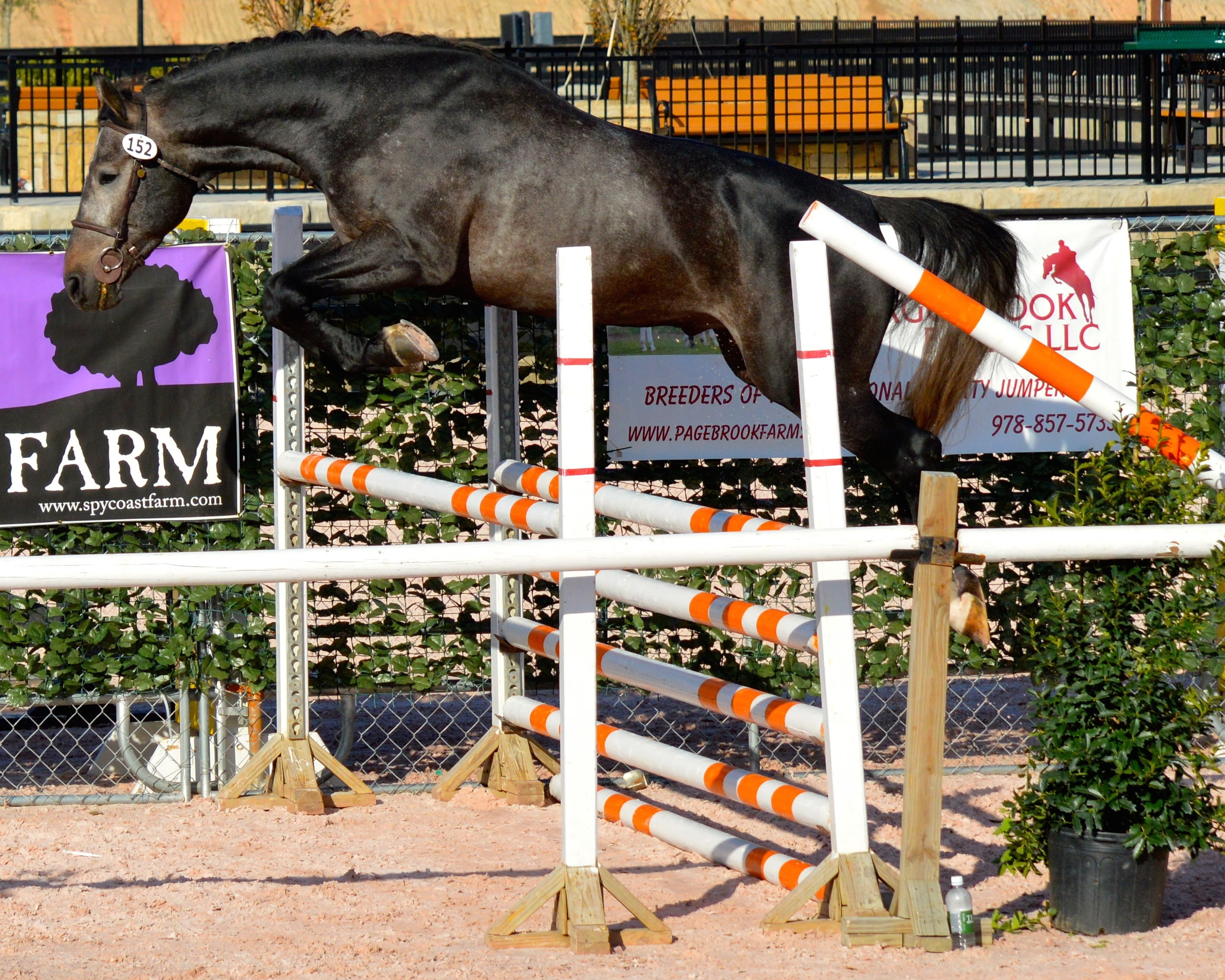 Cosmea Z – (Calvados x Lupicor) a four-year-old mare, placed third in the Four-year-old In-hand/at Liberty class with a score of 8.88. 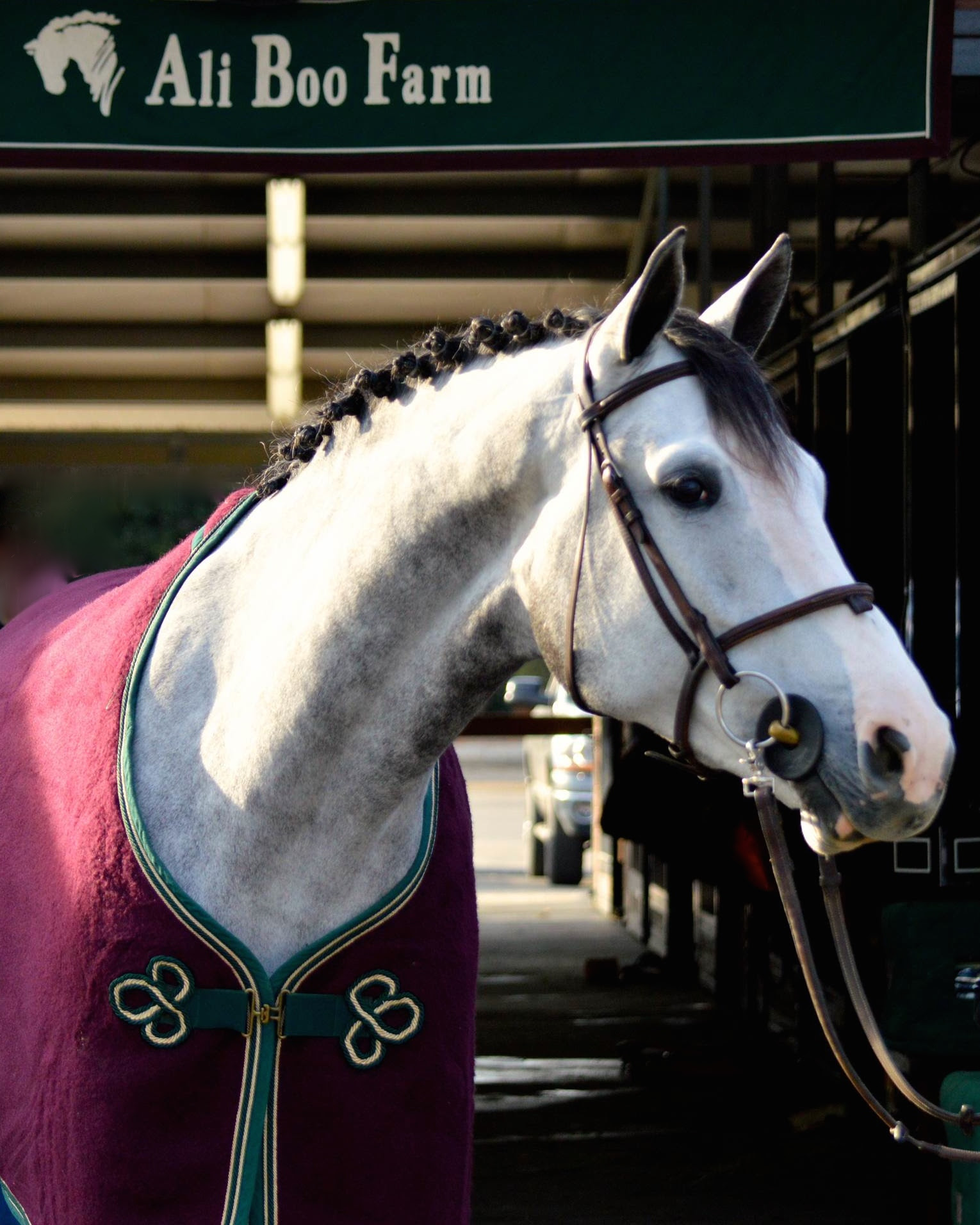 Cosmea Z
These quality young horses were all raised, trained, and developed at AliBoo Farm. The farm specializes in the training and development of young horses for the competition ring.

AliBoo Farm’s top young horses will be competing at the Wellington Equestrian Festival (WEF) 2015 and can be seen there for breeding or purchase.  The farm stands several well-bred, talented approved stallions available for breeding in 2015, with both fresh and frozen semen. The farm also has talented mares with top blood-lines available for custom breedings and embryo sales. AliBoo Farm can provide consulting services as well for all your breeding needs.

Every Horse Movie Currently Streaming To Get You Through Your Social...