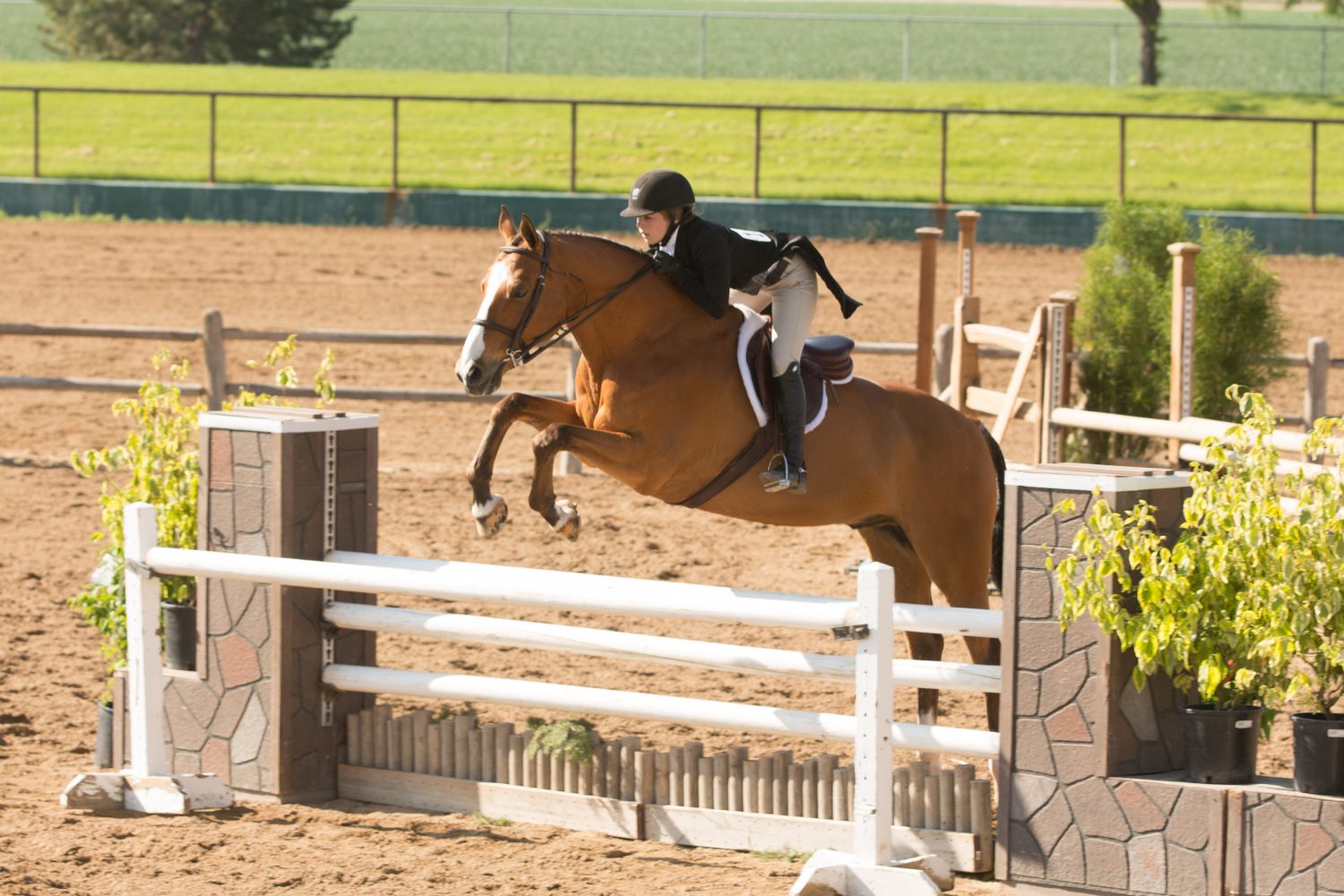 McKenna Norris was excited coming in to the Treasure Valley Classic, Idaho’s first USEF rated ‘B’ show. With normal horse shows regularly being eight to ten hours of driving away, the two and a half hours to Nampa, Idaho, just outside of Boise, was novel. Norris came in to the show with two rides, Quidam de Rejoice, her equitation and medal horse, and Socke, a newly converted hunter.

Norris rode both horses in the $1,000 USHJA National Hunter Derby sponsored by Prairie Fox Farm, and rode Quidam de Rejoice, affectionately known as Spanky, to the win, as well as the StreetToStable.com Best Turnout Award.

Norris has owned Spanky for four years, purchasing him as a 10 year old in Florida, and has focused on the equitation with him.

“I’ve just been loving him, honestly, He’s just a great horse, and we’ve finally gotten everything together!”

The pair jumped to the top of the first round with a score of 78 with 4 points for the high options over the Michael Knight designed course. The course, which had several challenges, included jumping out of the Parkwood Equestrian Grand Hunter Ring, over an option oxer, and into the ring that held the smaller hunter classes. The riders then had a rollback to a vertical to jump back into the ring.

In the second round, Norris laid it down with the highest score of the day, an 82 plus 4 high option points for a total of 86 for a combined total of 168.

In addition to her win on Spanky, Norris was 12th with her other mount, Socke. After having a smooth first round, Socke was surprised with a new jump in the handy phase, and was excused after his third refusal.

“It was my first derby with Socke, and he surprised me in the first round. He jumped everything phenomenally! He’s a work in progress for me.”

In second, last minute entry Toy Soldier, ridden by Allie Hitchcock, was the early leader. In third, Francesca, owned by Maura Thatcher’s Pony Lane Farm, and ridden by Megan Richardson put in consistent rounds to get the yellow ribbon.

In addition to Norris’s derby success, she was also champion in the 16-17 Equitation and 3’6” Performance Hunters with Spanky, and champion in the 3’3” Junior Hunters on Socke.

“I’m really comfortable on him [Spanky], and really went for it with the riskier approaches and tighter turns. It all ended on a great note!”