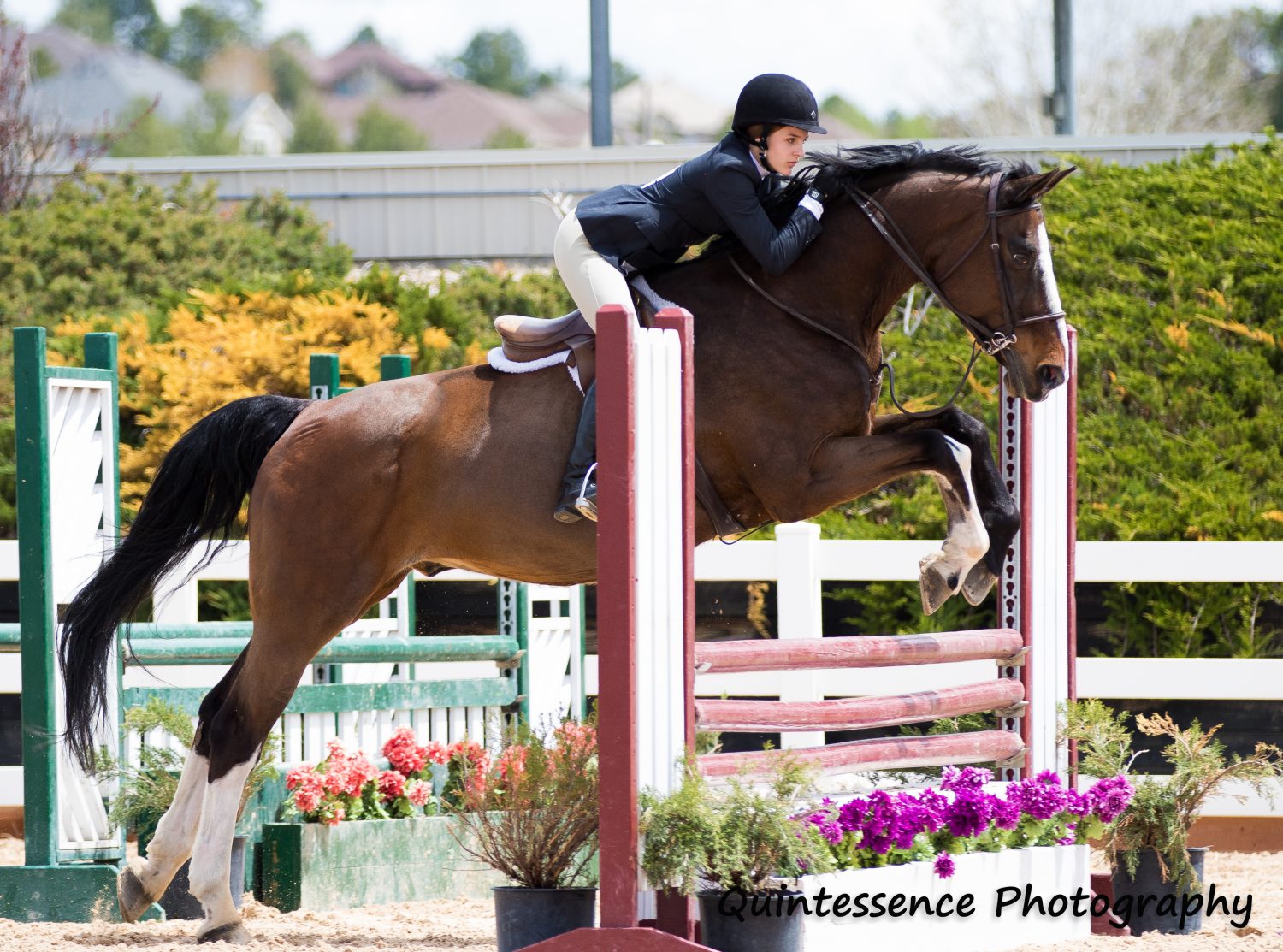 Story and photo by Mackenzie Shuman

Like many other riders at the beginning of the show season, Sydney Zahn found herself on a new horse walking into the arena. Nervously, she edged him toward the first jump at the Jump Into Summer Horse Show at The Colorado Horse Park in Parker, Colo. The new horse, Polaris or Paul as they call him, surged forward with ease and gave Zahn a big effort over the first fence.

While to spectators this looked like any normal combination of rider and horse going around a hunter course, to Zahn and Paul, they were breaking their own records, this being Sydney’s first time in the CHJA 3’ Junior Hunters and Paul’s first time jumping 3’ in over two years due to an injury. Zahn, 15, of Colorado Springs, Colo., attends Pine Creek High School as a freshman and is finally getting the taste of what it is like to step up into the bigger divisions.

Zahn’s old horse, Braveheart, owned by Claire Buxton, was the horse that taught her the foundations of riding and horsemanship. Though being a tough ride for such a young rider, Braveheart gave Zahn all the necessities to face the bigger jumps. Soon, when looking for a new horse, the Eaton family offered Zahn their horse, Paul, a 17-hand Westphalian gelding, for her to have a lesson on. As many could say, it was “love at first sight.”

Now, Zahn has a lease on Paul and is diving head first into the new show season with him. At home, Paul’s old owner, Kennedy Eaton, had mixed feelings about the new pair, “[At first] since I know Paul so well, I was really nervous about having someone else ride him and care for him, but after getting to know Sydney, I know that she is honestly the greatest match for Paul.”

Eaton was not wrong. Zahn soon found that Paul’s quirks and idiosyncrasies were actually quite enduring and made him the perfect match for her.

“I love Paul’s bubbly personality and that he takes care of me and will work if I am willing to work,” said Zahn, adding that though his size and power make him seem intimidating, he is really one of the most loving personalities in the barn. Paul, however, does not only have never-ending character, he also has a huge amount of scope, as he was a grand prix horse back when he first got imported from Germany by Lauren Peasley about ten years ago.

Utilizing his scope now to ease a rider into the bigger divisions, Paul really is a horse of a lifetime. “I was so nervous at first because the jumps looked so huge, but when I got in Paul carried me around, making it feel like the jumps were nothing,” Zahn said. This summer, more memories and records broken in and out of the show ring are inevitable for the brand new pair of Zahn and Polaris.