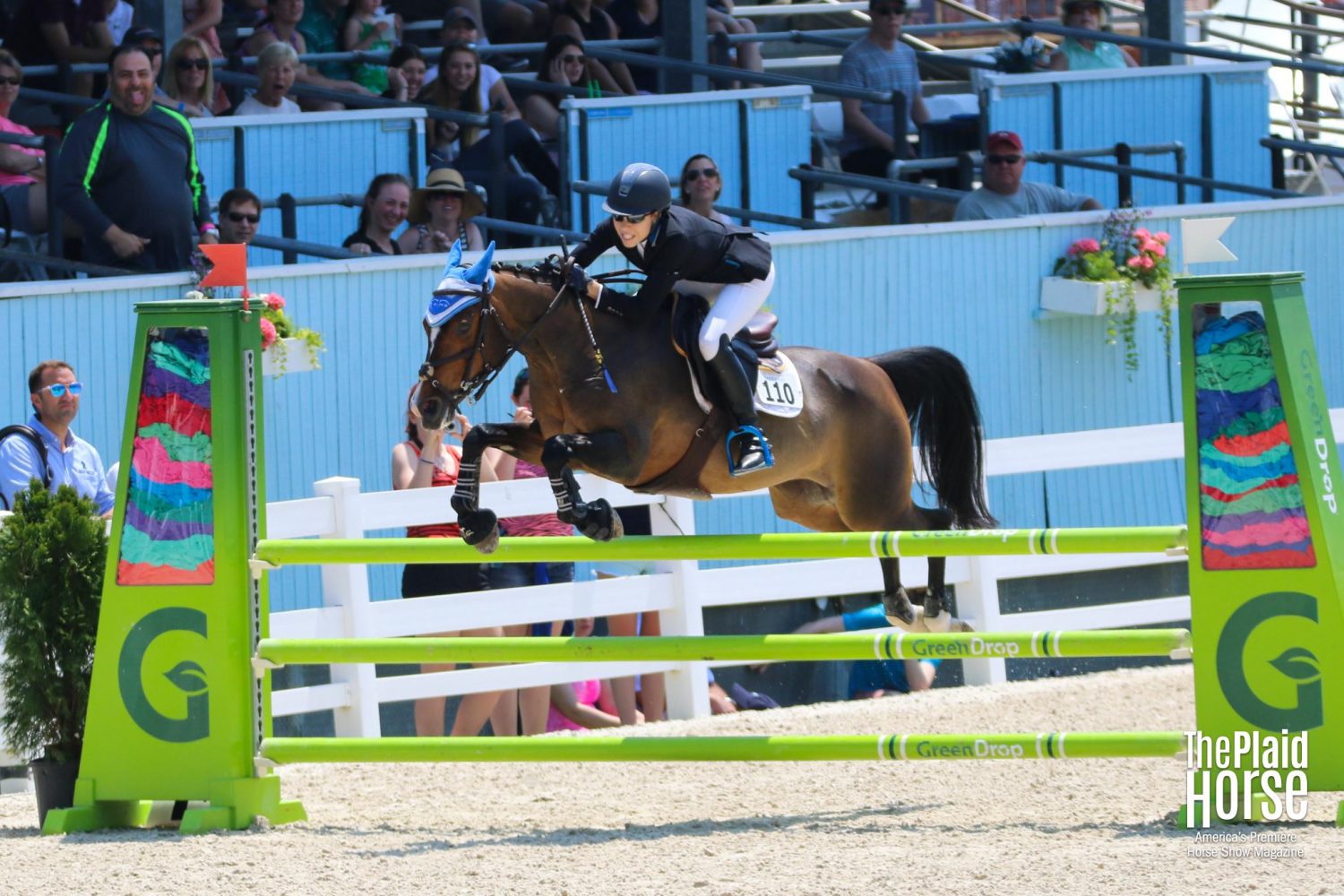 After a winter of travelling to rack up points, Prima Rose Bonaventura, 12, and her own Just One Look took home the first blue ribbon in the Pony Jumper division at the Devon Horse Show and Country Fair. Beating out twelve other ponies, the pair sped to be the fastest of three double clear rounds in the class.

“My two other competitors [that went clear] made it really close, they were just all just a few second apart, and they made it really hard for me.” With a plan to make things interesting for her pony that is easily bored by plain jumps, Bonaventura worked hard to lift her pony up to be clear. “For the jump off, she really wants to go fast, and if you fight with her she won’t do anything for me so I really just have to let her go.” Just One Look is an Arabian cross mare, and was living in a field when Bonaventura found her. Three years of hard work to bring her up to the 1.15m level culminates at Devon, where the Bonaventura family is looking to sell her. (Want to know more? Click here to see her on Epona Exchange.) “It was a lot of hard work [to qualify], a lot of going to horse shows every weekend, and getting up early,” Bonaventura explained.

Going forward, Bonaventura looks to have success through the rest of Devon, and then is shifting her focus to her horse, who she is working to move up to the Low Junior Jumpers 1.20m on. She is also looking to add a new junior jumper to her string upon the sale of Just One Look.

“It’s been a lot of hard work and getting in shape, but I’m very proud of my pony now.” How Can Riders Prepare to Feel Their Best on Show Days?