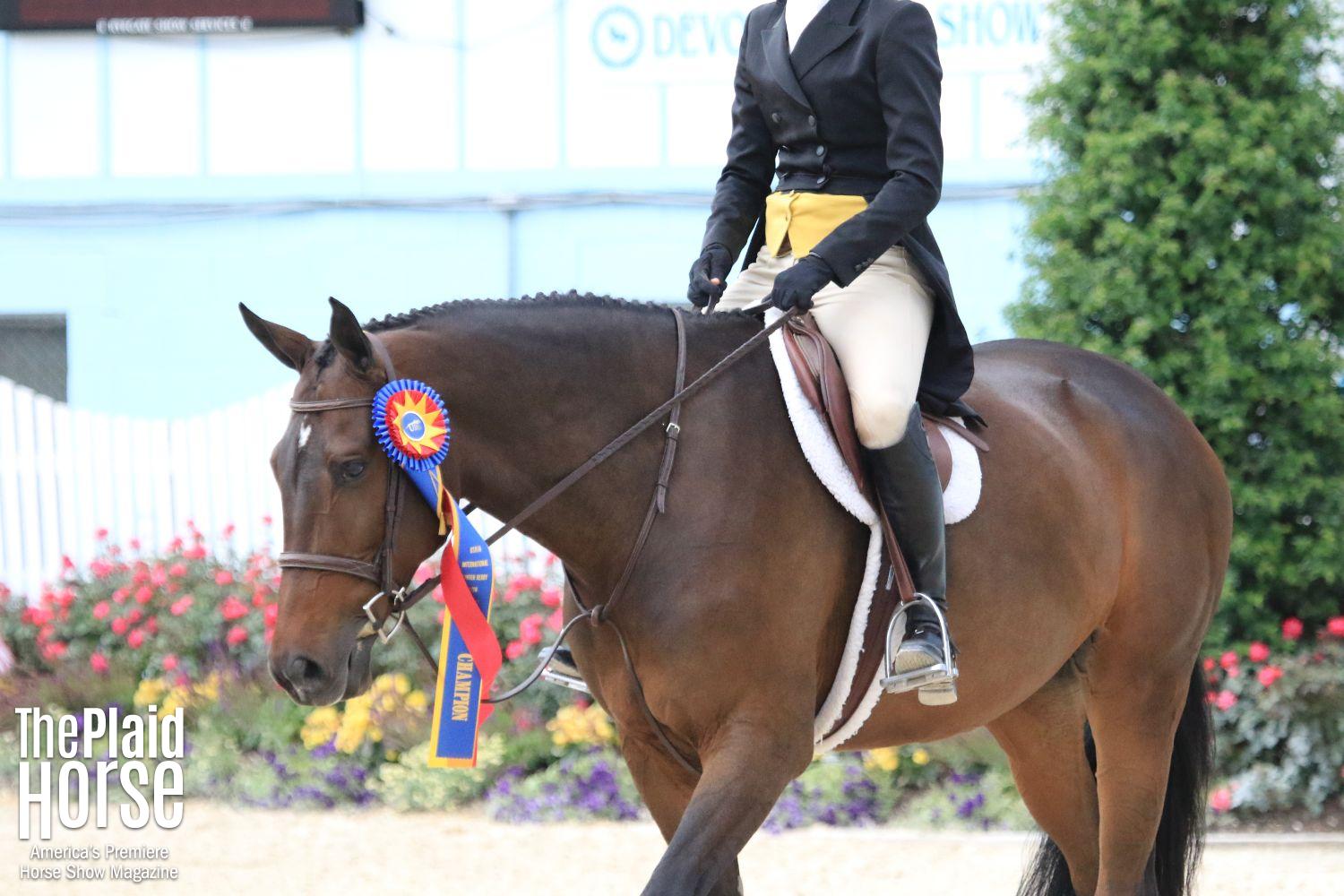 Derby day at the Devon Horse Show and Country Fair had plenty of high hopes in the air; but they weren’t unwarranted for the team behind Liza Boyd. Boyd sat in fourth on Billie Steffee’s Maggie May, but the glory would come from her other ride, Pony Lane Farm’s Like I Said (who sat in the fifth position after the first round.)

“She acted a bit green, and a bit like a first year horse,” laughed Maddie Thatcher, whose family owns Pony Lane Farm and rides Like I Said in the Amateur Owner Hunters. The first round didn’t showcase the incredible mare’s talent, but coming back early, she laid it down in the handy round.

“She just laid it down,” said Thatcher of the second round. The first jump was an option oxer that measured approximately 4’6” which the mare jumped brilliantly, to set the pace for the rest of the course. Boyd piloted her to handy turns and perfect distances, and ended the second round with scores of 95 plus 3 high options and 9 handy bonus points, and  93 with 3 high options and 10 handy points to give her a total of 213 points. Combined with her first round total of 178.5, Like I Said finished with a total of 391.5 points.

“I think what makes this horse so special is that she has such an active canter. She really goes out there and gallops around and I think it’s what distinguishes her to be a great horse,” Thatcher explained.

The 2008 Mecklenburg mare was bought from Larry Glefke and Kelley Farmer after being imported by Kent Farrington. Farrington planned to make the mare a junior jumper, however her laziness and slow style led them to discover her aptitude for the hunter ring. She was bought by the Thatchers during the Winter Equestrian Festival week five, and was ridden by Kelley Farmer during the week six World Champion Hunter Rider classes, including the Hunter Spectacular, in which she finished in the second place position.

For the rest of the year, Thatcher will be leaving the reins to Boyd, as she is studying abroad at Oxford this summer. Boyd plans to take Like I Said to the derby at Blowing Rock, and then aims to compete at the USHJA International Hunter Derby Finals in Kentucky in August. For the fall, Thatcher expects that her mother, Maura, will want Like I Said to compete at the indoor shows in the First Year Greens, which she also competed in at Devon, winning the handy round with a score of 92.

“I’d like to thank Alex Jayne, for picking her out for me,” said Thatcher. “She’s such a great horse, and has surpassed all of our expectations, that’s for sure.” When No Amount of Success Is Enough: The Struggle With Self...