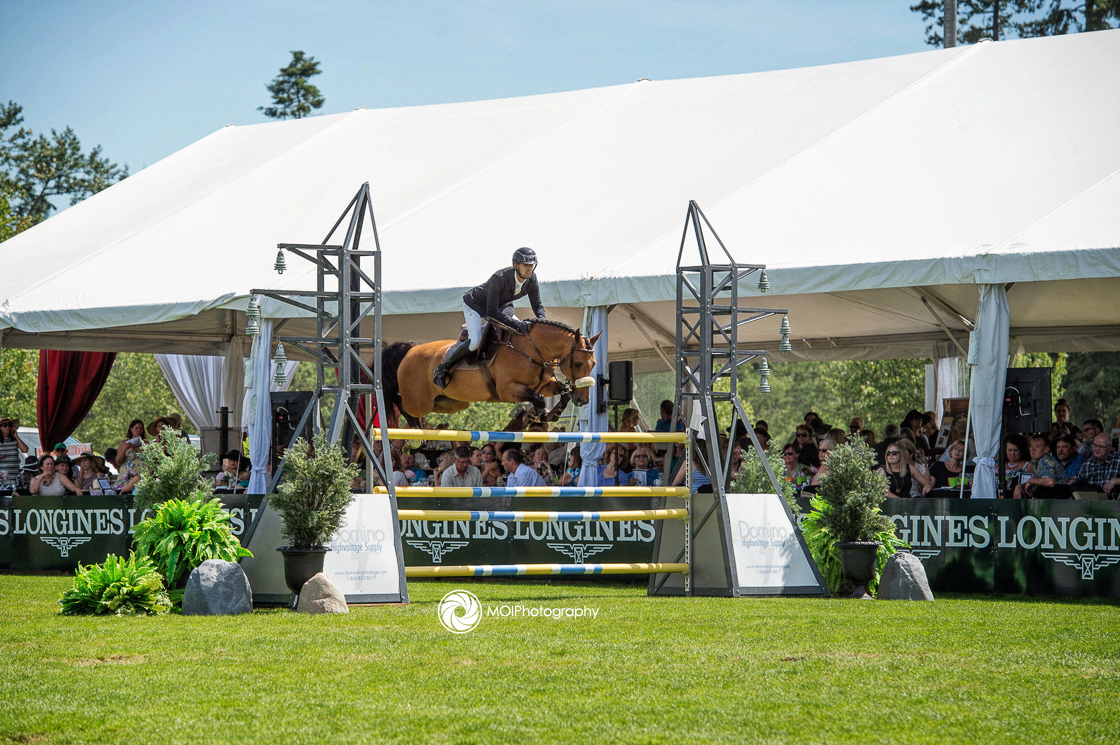 It was a tough course of thirteen jumps with only one clear from Canadian Brian Morton after the first ten rounds. Amy Millar put together a beautiful, tidy round to become our second clear. Eric Lamaze and Coco Bongo had a refusal coming out of the line for a total of seven faults. The first round continued with Jonathan McCrea retiring after having a couple of rails down early in the course. Tiffany Foster was last in and had a lovely, smooth round but unfortunately caught a rail on the last jump when Victor kicked out behind. The class finished with five coming back for the jump-off, Brian and Amy, plus Conor Swail, Nayel Nassar, and Alberto Michan.

Brian Morton put together a fantastic jump off but had one rail coming out of the one stride. Amy Millar caught a vertical coming into the line after coming in at a bit of an angle. Nayel Nassar was clear to take the lead in the jump off, followed by Conor Swail who got a rail at jump two after a tight turn. It was left to Alberta Michan who went clear with a time of 36.91 seconds but couldn’t catch Nayel’s fast time of 35.6 seconds. Peter Holmes, Thunderbird Course Designer said “It was a great competition. The course was big and needed precision riding. The opening line was solved in both eight and nine strides and the triple combination was big coming in. A number of riders were so close to a clear and I was cheering for them, the closest being smooth rider Carl Cook with a fraction of a second over the time. It was exciting to see Canadians Brian and Amy ride beautiful rounds with their fabulous horses and achieve a clear. I thought it was a very tough competition set for the super high caliber of entries we had at Thunderbird.”