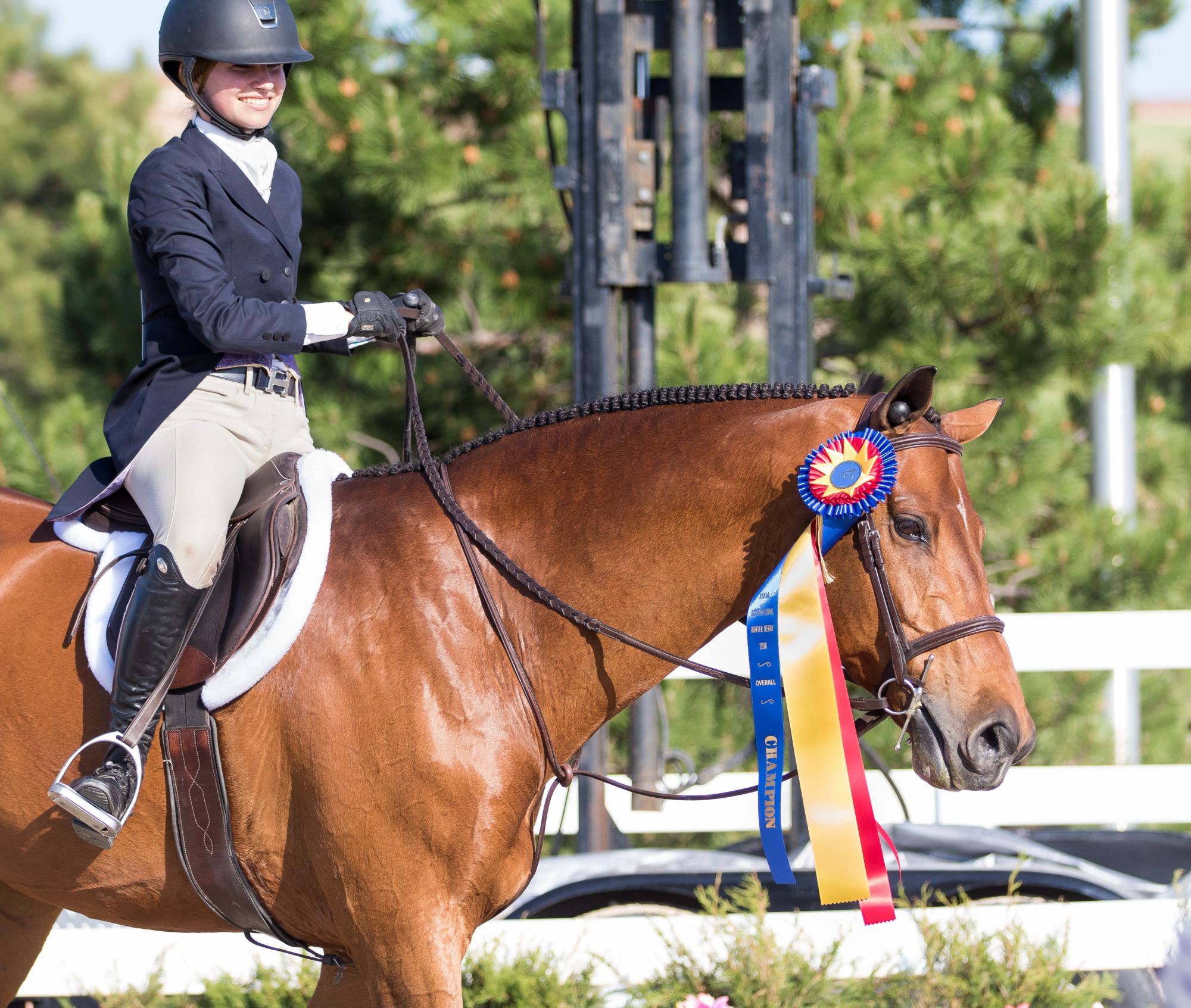 Jumps were set, ribbons ready, horses schooled, and riders prepared for last night’s $25,000 USHJA International Hunter Derby at The Colorado Horse Park in Parker, CO . In the newly-remodeled International Ring at CHP, the derby jumps looked huge. They ranged from 3’6” to 4’3” in height from simple poles to cross-country scale logs. Both riders and horses were sure to be impressed by the jumps for the first derby week of Summer in the Rockies.
One young equestrian had a quite a night under the lights. Tali Dejong aboard her own Spero, an eleven year old RPSI gelding, went into the arena hoping merely hoping to complete the class. At 15 years old, Dejong was the youngest rider to attempt the derby course. Not only did she and Spero finish, they excelled. Dejong and the beautiful bay impressed the judges and earned high scores, including two scores of 90 in the handy round.
Mainly competing in the equitation arena with Spero, this was Dejong’s second International Derby. “I had no expectations to place, let alone win. I would have been happy if I had just made it around the course whether it was good or bad,” she said, describing her feelings going into the class. While Dejong did not take any of the high options, she said it was for the better, “Spero would have had a pay day doing [the high options], but I didn’t want to take any chances. Then, I didn’t take them in the second round purely because I liked the tracks of the jumps better for the handier turns.”

After two intense rounds of competition against some accomplished professional, amateur, and junior riders, Dejong was victorious. Upon hearing the results, she hugged her horse and could not stop smiling for the rest of the night, especially when receiving celebratory high-fives from the other competitors. Cheltenham Festival 2022: Prestbury Park prepares for the return of fans