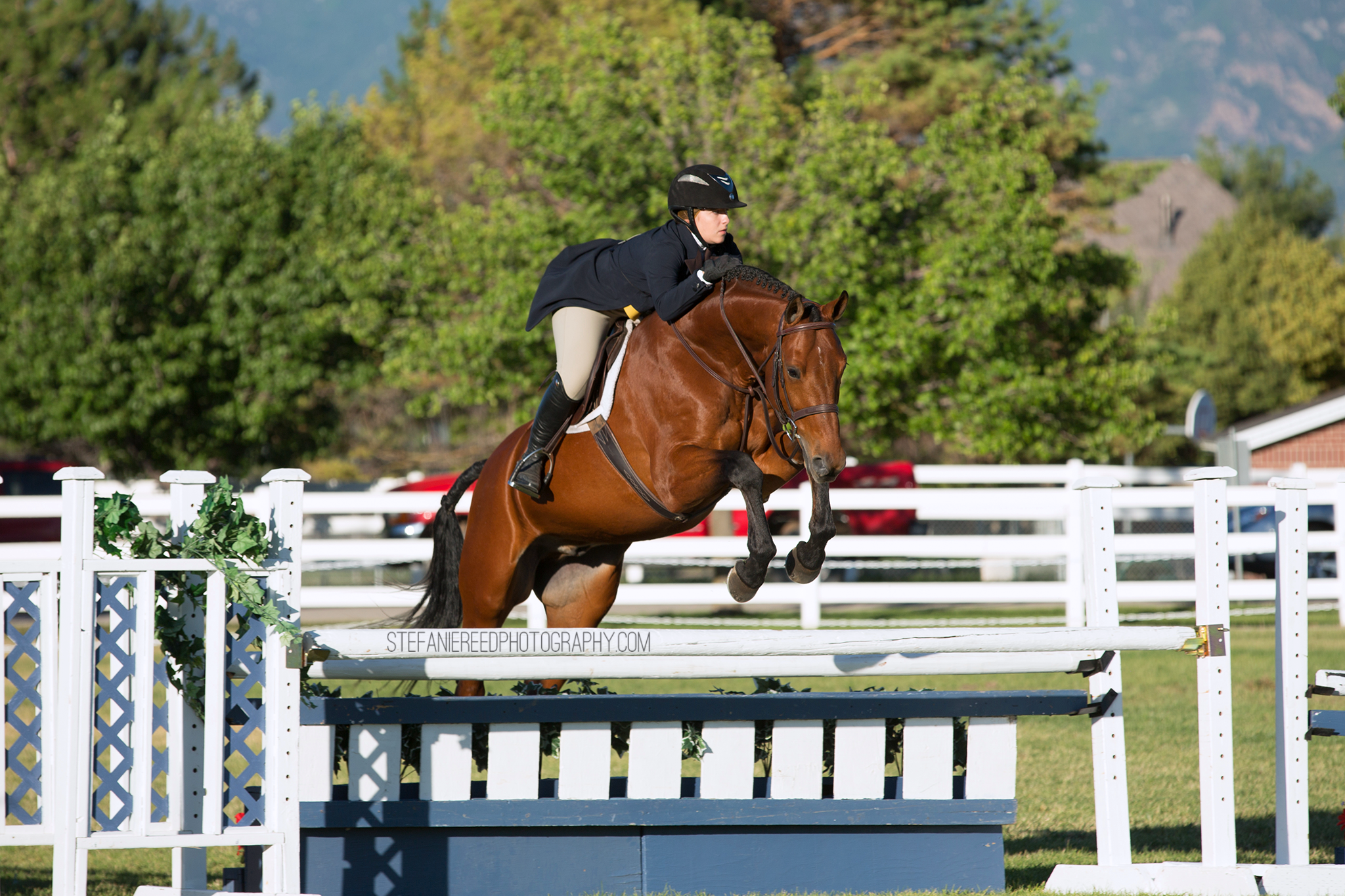 After an already impressive two weeks of showing with wins in the 3’3” Performance Hunters, 3’3” Junior Hunters, and 12-14 Equitation, Gabriella Zupancic and her own Swagger topped off the first two weeks of Wasatch Horse Shows Summer Classics with a win in the $1,500 USHJA National Hunter Derby presented by Diversified Financial Services and the Truscott family.

With a first round score of 79, Zupancic and the 2006 Mecklenburg gelding were returning in the fourth position after the first round. They rode the Jay Duke designed course smoothly and without major faults to get their score, but then returned in the handy ready to take the risk.

“Derbies, in general, are more about going for it, so I was thinking about that,” Zupancic explained about going into the handy round. With two prior derby wins under her belt, she had plenty of experience to guide the way around the course.

“The grass is really hard to turn on [for Swagger], and he gets short in his stride. I think that’s what set me apart more was that I had more of a gallop when I was going around, and the judges really rewarded me for that.”

The judges, Raizy Goffman and Cathy Robinson, certainly did reward the duo, and awarded them a score of 89 for their handy efforts. Combined with their first round score, they had a total of 168, which topped the field at the time, but was to be contested with the remaining entries.

Ellie Podgorney and Paige Fulton’s Ocelot were leading the field after the first round, but had an unfortunate disqualification in the second round after Podgorney accidentally missed the trot fence and continued to the last jump without jumping the missed obstacle. They finished in 12th with their first round score. Jonathon Knight rode his brother, Michael’s, Wait and See to the second position, followed by Sally Parks on Marcia Richardson’s Drachen.

With sights set on Junior Hunter Finals at Del Mar in July, Zupancic and Swagger have high hopes for their first major championship. “I’m thankful for my family that they got me into this sport [the Zupancics own WC Equestrian in Las Vegas, Nev.]