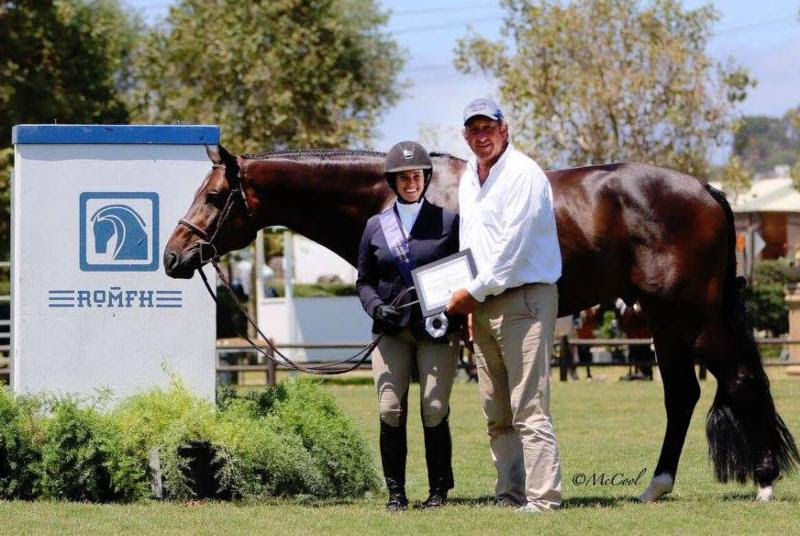 After a month full of hunter highlights, Blenheim EquiSports congratulates the Leading Hunter Riders from the 2016 Blenheim June Series, with awards presented by Romfh Equestrian Apparel.

With some of the best West Coast hunter professional riders competing during June in San Juan Capistrano, and after having earned a tri-color in the First Year Green Hunters on Lindsay Maxwell’s Technicolor at Devon this year, Nick Haness earned the Romfh Leading Professional Hunter Rider Award.

Solid performances all month long put Maxwell in the lead after June Classic III and after claiming the championship and reserve championship honors in both the 3’3″ & 3’6″ divisions during Red, White, and Blue on her talented horses Widget, Catalyst, Technicolor and Corlando, Maxwell’s lead extended by over 300 points for the win.

The battle for the Romfh Leading Adult Hunter Rider Award came down to the final week of the Blenheim June Series, and after winning rides on Paddington and Wallace, the prize went to Tonia Cook-Looker, who had also earned the honor during the Blenheim Spring Series.Iwasaki also piloted Lyn Pederson’s Small Affair, Dogwood Hill LLC’s Illusion, and Makoto Farm’s Small Gesture to multiple Younger Junior Hunter Championship and Classic wins, resulting in the Romfh Leading Junior Hunter Rider title by three points over runner-up Lexie Looker.

Cook-Looker said, “Thank you to Romfh for sponsoring these awards. I was honored to receive it after such a great horse show series.”

After three weeks of winning in the Older Children’s Hunter division during the Blenheim June Series, Colorado native Hannah Rohrbach won the title of Romfh Leading Children’s Hunter Rider by a commanding lead that could not be touched. Riding NTM Enterprise’s Kingston Lane, this talented pair won the Children’s Classic twice plus picked up two championships and a reserve championship along the way.

Thanks again to Romfh Equestrian Apparel for sponsoring the Leading Hunter Rider Awards – see the photo gallery of award winners throughout the Blenheim EquiSports June Series on Facebook.

Blenheim EquiSports is The Place To Be in 2016! #ThePlaceToBe