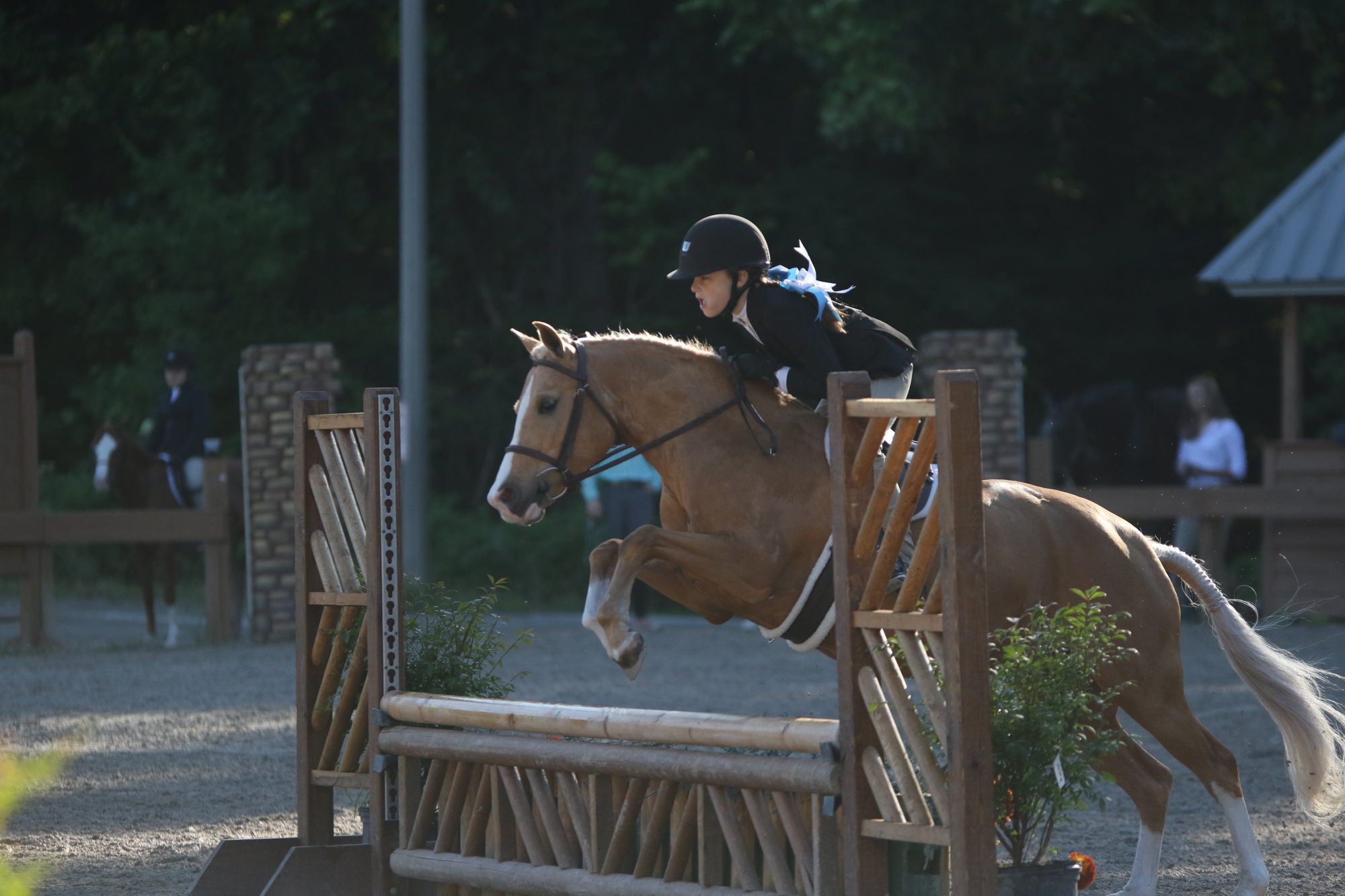 With Pony Finals upon us, many young riders are eagerly preparing for this big event. But, three of the divisions offered at the competition are for ponies in their first year showing, and most likely their first trip around the Walnut Ring. I consulted both riders and trainers to figure out just how to prepare the young ones for their big day. Lily Rupinski, a rising 8th grader out of St. Louis, MO, will be competing in the Large Green Pony Hunter division with her pony Stonewall Top Call, or Augie. She is a veteran pony rider, making her third trip to the event in Lexington, KY this year. The last two summers, Lily has been aboard a veteran pony who knew the way around the ring. This year, she is aboard a young one. She remarked on the need for more focus this year, saying that her old pony was, “more of a kick and go ride.” Witth a green pony, more preparation and planning is required. She emphasized the importtance of getting her pony straight and focused. Lily’s sister, Emma, who will be competing in the Small Green Pony Hunters on her pony Pocketful of Sunshine, repeated the same statement. The girls need to make sure their ponies are prepared, wiggle free, and ready to go.

Jordan Cobb, another veteran pony rider out of Austin, Texas, agrees with the Rupinski sisters. In 2015, Jordan competed in the Large Green Pony Hunters with her pony Park Avenue, which she brings back this year to compete in the Large Pony Hunter division. Last year, she kept things simple at home, maintaining his usual his pre-show preparation and adding “a few more unrelated distances…, since the courses in the Walnut [Ring]usually incorporate those quite a bit.” Madelyn Porter, also out of St. Louis, MO now shows horses, but has ridden green ponies many times before. She always focuses on not only calming her nerves, but “also the pony’s.”

For green ponies, the real test can come when they enter the ring. It is a new environment, and the pony will have only been in there one or two times before. Almost everyone agreed on one point:  green ponies are unpredictable. It is a new, scary environment, and the ponies need a strong, confident ride. Trainer Katana O’Brien, out of KEE West farm in St. Louis, MO, tries to prepare for everything. When she brings a green pony, she is wary of, “the kid at the end of the ring, or the umbrella that pops up.” She recognizes the youth of the ponies and the need to focus on keeping things simple and fun for the kids.

During Pony Finals week in Kentucky, all riders are concentrating on the same things: heels down, eyes ahead, sit still and back, and keeping rhythm. On show day, everybody needs to stay calm, focus, and try to enjoy the ride.