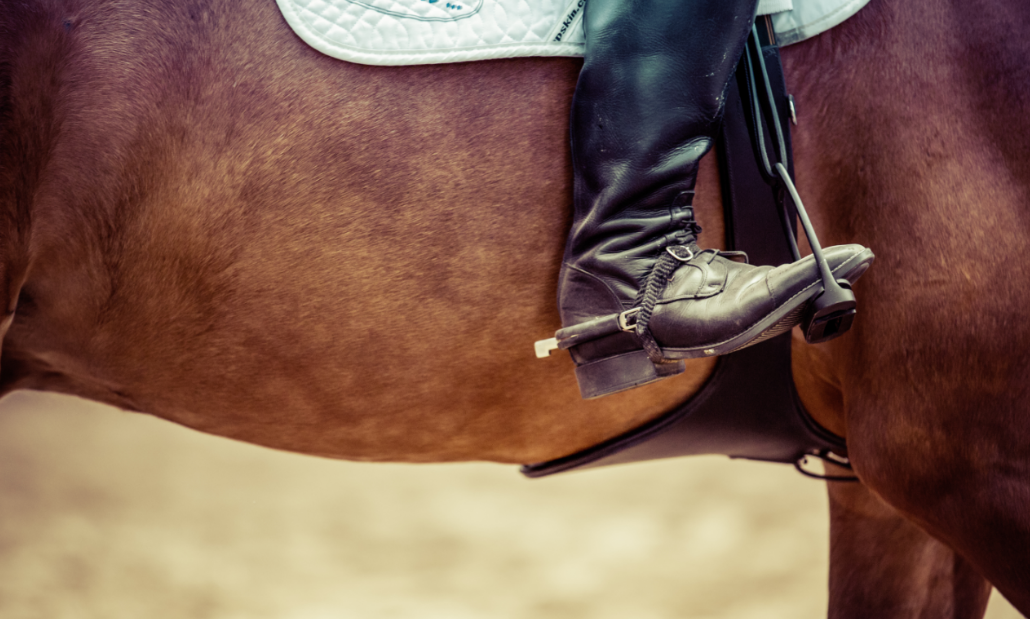 In our sport, it seems as though we don’t have time to worry about our mental health.
Hop on, suppress the butterflies, and ride. However, it’s not always that easy.

It controls everything. It dictates how everything will play out in your ride. In fact, it can influence your safety just as much as that terrifying plastic bag that just blew in front of your horse.

It is mental health. It seems so simple, but things can get complicated.

As horsemen, we often need to put our horse’s needs before our own, and in return, our nobles steeds give us their best. We often sacrifice precious hours of sleep in order to make sure they are fed, bathed, braided, and cared for. We wake up before the sun rises and stay with them until well after the sun sets. . In between, we keep moving: back and forth from the ring to the stalls to the show office to the snack bar to the stalls again. When do we stop to gather ourselves? Those few seconds “on deck” when we suppress the butterflies? What about when we make a mistake? Many can use McLain Ward’s “sports amnesia” and forget their mistakes to move on. That may work for you. You may be someone that can push the nerves aside, and get the job done. If so, good for you. Unfortunately, there are those that cannot.

As a disclaimer, I’m not a psychologist. I’m seventeen years old. However, through my high school courses, my research on mental disorders, and my experience in the horse world, I have come to the conclusion that those of us in the horse world must be more aware of our mental health.

To gain more insight, I contacted Mario Soto, a sports psychology consultant who has worked with many in the equestrian world. *interview below*

Melissa Schaefer: Is there a certain level of denial when it comes to addressing issues?

Mario Soto: Once a client comes to me I don’t believe there’s too much going on in the area of denial because the pain of their situation has now brought them to a place where they are open to the idea of getting assistance. The flip side of this is that no one likes to think that there is something wrong with them or to a greater extent that they need someone’s help to get over a life hurdle/challenge. So in my opinion, the idea that people need the assistance of a professional or life coach rather than being able to do it all on your own is a greater factor than most, and that is as much about ego as it is denial.

Schaefer: How long do you typically work with a client?

Soto: In my field of work everyone is unique and we are concentrating with a population that specifically looks to improve their performance. If I had to put a number on it then I’d say seven sessions on average. Some more and some less, with a “refresher” conversation from time to time.

Schaefer: How much stigma do you think surrounds mental health?

Soto: This is a great question because while we are more open as a society to discussing mental health, the subject is still a bit taboo as table talk in most homes. Most people are shy or embarrassed about admitting that they are suffering from a chemical imbalance or that they have a family member who is mentally ill. In my specific field of work, the topic of depression comes up quite often. As a man we all experience it, so talking about it from a personal perspective helps to remove some of the stigma or idea of shame.

No one is perfect so starting any discussion with this baseline helps to open the door. But, I am always working around the notion that if I am brought into a home or team that there is automatically something “wrong”. Honestly, I think psychology and mental health has gotten somewhat of a bad wrap. But, it’s mostly from the idea that if you are getting help then something is wrong with you and it’s the exact opposite. Fortunately, the times are changing and in the sports world we are seeing more sport psychologists being added to the inner circle of the athlete.

Schaefer: How often do you get someone from the equestrian world?

Soto: Most of my work has come through referrals and it started first with Will Simpson. We’ve known each other for about six years. However, once he started really killing it two years ago in Thermal (9 grand prix wins in 8 weeks) and mentioned my name in an article that talked about his approach to mental toughness, my phone really hasn’t stopped ringing.

Schaefer: Is there a common theme present? Meaning, are the majority of your patients from the horse world concerned with a similar thing?

Soto: Fear is the number one issue. Fear of falling again, fear of losing, fear of letting others down, fear of failure. This is a multi layered onion that if not looked at correctly will come back again and again. So, I try to help my riders stay patient with the process, allow themselves to not focus on “winning” but … on one thing that can help move them closer to having some success, so that it encourages them to play, have fun, and build their confidence. This takes time and for others a bit longer. So, this is why you can’t just say I’m going to “fix” this issue in four sessions or less. So much of this also has to do with how motivated the athlete and their inner circle of influence is to stay on the path and to help each other be part of the solution rather than be part of the problem. This is a big talk for many of the parents I speak to who bring their kids to me.

Schaefer: Do you agree with McLain Ward’s concept of Sports Amnesia? (From the article I read, he essentially said that you need to put the mistakes you make behind you in order to have the best round you can).

Soto: Absolutely, I use the phrase having short term memory for our mistakes. There’s only room for one person in the saddle and that person has to have a clear head, be present and understand what to focus on in the moment. If you come into the saddle, or batter’s box, or are about to receive a serve on the tennis court and your thoughts are working against you because of what just happened (left out a stride, struck out, or hit the ball into the net), you will only add to the difficulty.
Each point, each jump or swing is its own separate event. In the world of equestrian rider, things happen very quickly and you must refocus your thoughts to take charge of the next jump or change of command. You also must remember that the horse is listening to you. So, if you aren’t in charge of yourself then those thoughts and feelings pass right through your legs into your partner and it informs him/her. Remove this baggage of excess thought or feeling and ride with confidence even if you screw up or make a mistake.

Nearly one in five Americans, both adults and children, experience mental illness. So statistically speaking, one in five of those called back to flat after the medal has a mental illness or disorder. Eating disorders have become increasingly prevalent in the horse world due to issues with body image with regard to “perfect equitation” and the hustle-and-bustle that causes some to substitute coffee or a Diet Coke for a meal. Mood disorders, like depression and bipolar disorder, are the third most common cause for hospitalization. In addition, suicide is the third leading cause of death of those aged 10-24 and “90% of those that commit suicide have a diagnosable and treatable mental illness at the time of their death.” (Mark Henick). Every 30 seconds, someone takes their own life. It is an epidemic.

Essentially, a mental disorder/illness is a condition that impedes a person’s ability to “function.” The definition is extremely broad as disorders can range from schizophrenia to anxiety to eating disorders. The tricky thing can be drawing the line. Meaning, who would recognize true Anxiety as more than “the nerves?” What about after the show? Would you be able to distinguish Depression from post-show exhaustion? Mental illness is a spectrum with different levels, affecting various kinds people, so it is critical to recognize and treat it correctly.

If a rider begins to exhibit traits of an anxiety disorder, there could be a bigger issue at stake. Instead of the typical “butterflies in my stomach”, they are breaking into a sweat, experiencing nausea, headache, or tremors, which may be signs pointing to an Anxiety Disorder. While some may attribute these symptoms to fear, the rider is actually experiencing high levels of stress and anxiety that erupt when faced with a performance.

Please do not take an online psychology course before the next show and start diagnosing your show buddies! Instead, go beyond the basic knowledge and assumptions and educate yourself. our mental health may be your biggest asset or your worst liability.