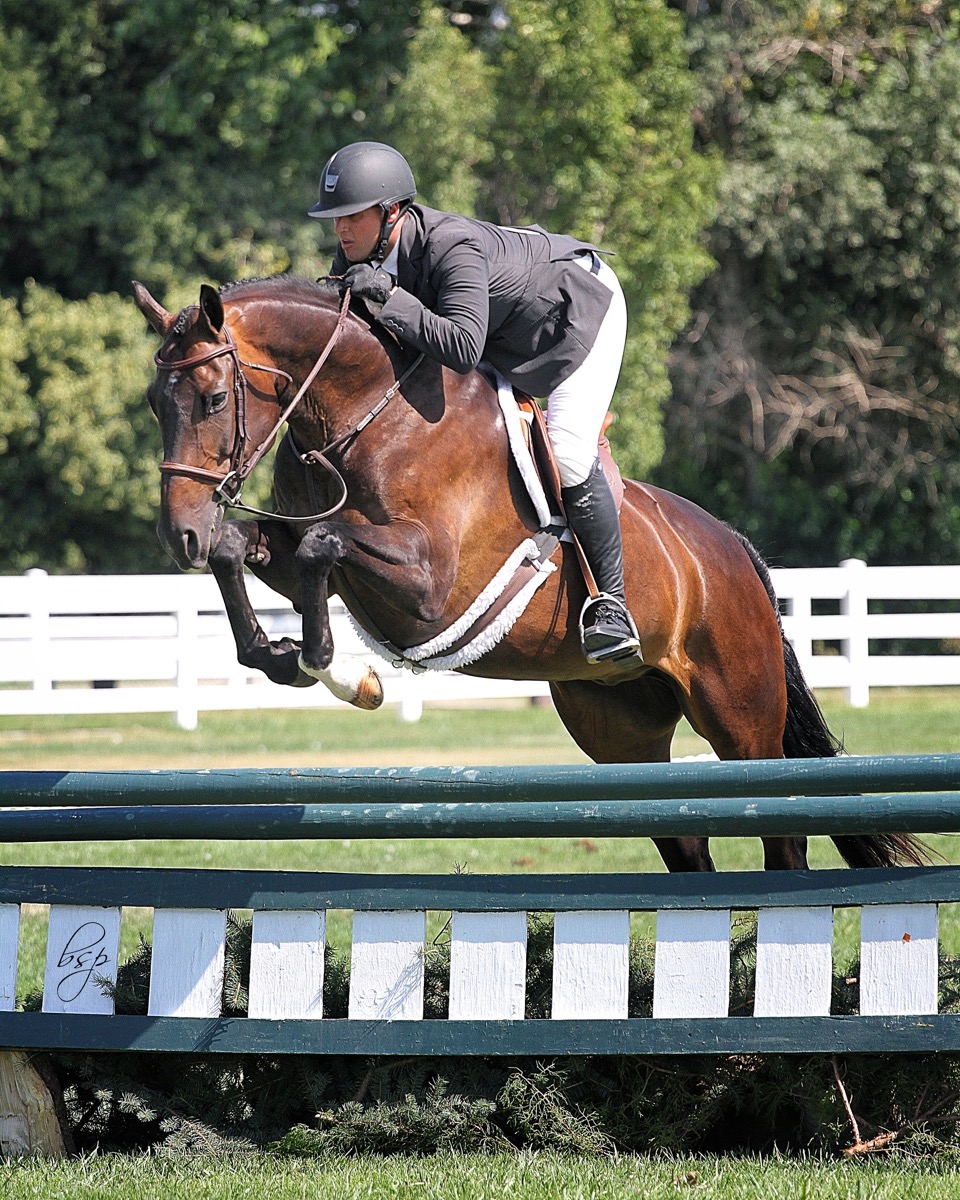 After a successful week in the Performance Hunters, Michael Knight and Escalante, owned by Maura Thatcher’s Pony Lane Farm, went on to win the final Hunter Derby of the season at Wasatch Horse Show Summer Classic III. The pair took the win in the $1,500 derby after narrowly edging out Amy Brubaker and her own Frascati.

Escalante, who was recently bought by Pony Lane Farm, was started by Knight when he was three years old, and the pair has continued their successful relationship for five years. The gelding always showed his natural talent and scope, and Knight had the opportunity to go slowly with him after he bought him from his breeder, Kristen McClellan. When he was six, amateur Karen Schmookler bought him and showed him in the adult classes, while also being campaigned by Knight. In spring of 2016, Schmookler decided to sell Escalante, and Knight took him to West World in Scottsdale, Ariz., as well as several Wasatch Horse Shows events in Utah.

In watching a sales video of Escalante with Knight, Thatcher saw just how talented the horse was. Daughter Kelsey agreed, and soon Escalante was purchased and moved to Pony Lane Farm where he stayed in training with Knight.

The Derby marked Knight’s final class on his longtime horse, as Escalante was shipped off to the Jack Towell’s Finally Farm, in South Carolina, where he will now be campaigned.

“He’s been an amazing horse for me over the years, and I can’t wait to see how he does in the future,” said Knight. Thatcher added, “We are all very excited for him, but it’s all due to Mike [Knight] who has gotten him to the place he’s at!” Most popular horse races across the USA