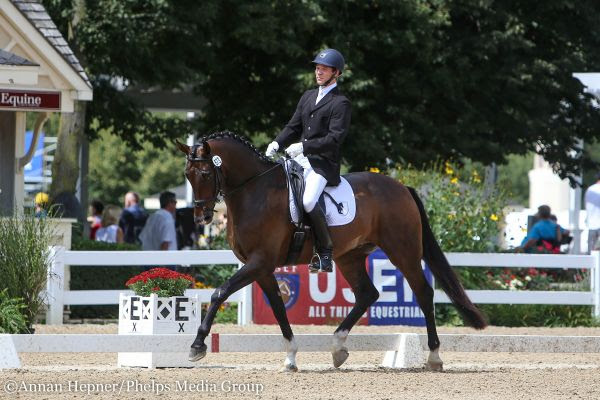 Wayne, Ill. – Sept. 9, 2016 – Lamplight Equestrian Center is gearing up for an exciting conclusion to their dressage competition season with the Great American Insurance Group/United States Dressage Federation Region 2 Dressage Championships, which will take place on September 22-25, 2016. The championship provides a week of high quality equestrian competition with prize money, beautiful awards, and an opportunity for competitors to qualify for the prestigious U.S. Dressage Finals presented by Adequan in Lexington, Kentucky in November.

The championship highlights the top combinations of all levels throughout Region 2, which consists of riders from Illinois, Indiana, Kentucky, Michigan, Ohio, West Virginia and Wisconsin. In order to qualify, riders must have earned qualifying scores from earlier events throughout the year. The show offers championship titles from Training Level up through Grand Prix in professional, adult amateur and junior young rider divisions.

The event wraps up a successful season of dressage shows that included the Markel/USEF Young and Developing Horse Dressage National Championships, the U.S. Dressage Festival of Champions, the USEF Dressage Seat Medal Finals, and several national competitions drawing athletes from across the region.”We are very excited to be hosting the Region 2 Dressage Championships and it’s a show I’ve looked forward to this year,” said Nina Koloseike, owner of Lamplight Equestrian Center. “It’s a highlight of the show season for athletes in the region and it’s a wonderful way to conclude a successful show season at Lamplight.”

For more information about the GAIG/USDF Region 2 Dressage Championship, check out the prize list here.