Home Press Release Competitors Enjoy Another Year of the Southeast Medal Finals at the Jacksonville... 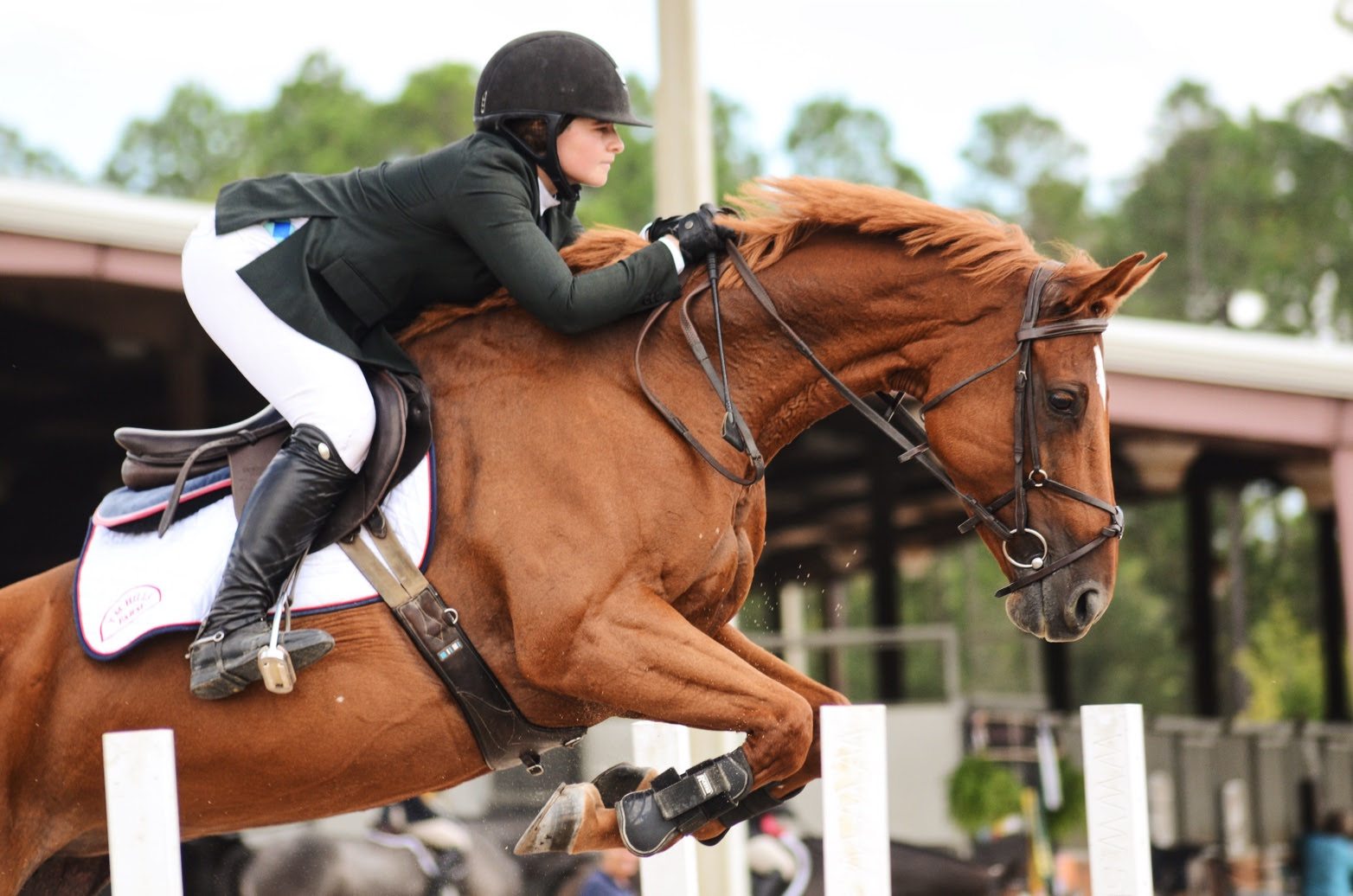 Jacksonville, FL (September 26, 2016) – The Jacksonville Equestrian Center was proud to once again host the Southeast Medal Finals– three exciting days of competition for equitation riders, hunters, and jumpers of all ages and levels– on September 16-18, 2016. Now in its fifth year, this special end-of-summer horse show implemented several well-received changes for 2016, including new classes and the return of the Jumper Finals to the World Cup Format.

Known for its combination of traditional and unique classes (such as the Equitation Team Challenge of the States, a team competition open to junior and adult amateur riders representing their home states), the Southeast Medal Finals drew a number of competitors and spectators from all over the Southeastern U.S. Those who could not attend tuned into the action through live streaming of the event by National Sports Broadcasting.

Phoebe Alwine, winner of the 2016 Southeast Junior Medal Finals at the show, has competed at the Jacksonville Equestrian Center before and always looks forward to her rides there. “I really like to show in the indoor coliseum,” she said, referring to the venue’s massive indoor arena, which can seat a couple thousand spectators. “I don’t normally get to show in an indoor arena, so it’s a nice change. I will likely return next year with my jumpers and my equitation horse.”

Alwine, who is based out of Boca Raton, Florida and trains with Jane Fennessy and Vinissa Blann of Carriage Hill Farms in Delray Beach, captured the blue ribbon with Fennessy’s nine-year-old Dutch Warmblood Quasa Grande, a catch ride for the competition. “Riding Quasa Grande, a different horse, was such a fun opportunity,” she said. “The most difficult part of the competition was adapting quickly to a new horse, but I love doing that, and I learn more when I do so.”

Sabrina Schmidt from Barrett Farm in Oviedo, Florida also faced the challenge of competing on a new horse at the Southeast Medal Finals. Schmidt teamed up with a friend’s horse, The Only Exception (known as “Gatsby”), not long before the competition, when her original mount was unable to compete. Despite Schmidt and Gatsby’s short time together, they won the Silver Medal in the Ovation Low Adult Medal Final, and the Bronze Medal in the Southeast Low Adult Hunter Final. “I could not be happier! This was my second time competing at the Southeast Medal Finals. I love these finals and can’t wait to come back next year,” Schmidt said.

Dominique Gonzalez of Ocala, Florida, who trains with her father Terry Gonzalez of TM Hills International and Don Stewart of Don Stewart Stables, also brought home a handful of gorgeous ribbons to display in her barn. Like Alwine, Gonzalez is a return competitor to the Jacksonville Equestrian Center and the Southeast Medal Finals, and she brought three horses to the show this year. While many competitors consider the Southeast Medal Finals to be an end-of-summer season culmination, Gonzalez sees it as the perfect warm-up for the winter season. “Competing at the Jacksonville Equestrian Center gives me the opportunity to prepare for all of the indoor series later in the year,” she explained.

Gonzalez captured a double victory in the Junior Hunter Finals, placing first with her own horse, eight-year-old Belgian Warmblood Ingo de Kalvarie, and second with six-year-old Belgian Warmblood Euro D’hyrencourt, owned by a client of TM Hills International. She also placed third in the Equitation Challenge with Ingo de Kalvarie, second in the Southeast Junior Medal Finals with Euro D’hyrencourt, and first in the Junior Jumper Finals with 13-year-old Coca II, a new horse that she recently began to lease. Gonzalez was thrilled with the performance of all three horses, especially considering that two of the horses had never shown indoors before this weekend.

“I just got Coca two or three weeks ago, and this was only my second show with her. It was also Euro’s and Ingo’s first time in that indoor arena,” said Gonzalez. “That was a bit nerve-wracking for me. I had to learn how to help them through the turns and to settle into that ring well, but it went great and I was super happy with them after that weekend. I think I learned a lot about my horses.”

Gonzalez is eager to return to the Jacksonville Equestrian Center to take advantage of its indoor arena and stabling, which includes over 400 permanent 10’ by 10’ stalls designed for horses’ comfort and safety, each with electric and hot water. “I love the show grounds, and I love the barns. We will definitely be attending several shows in Jacksonville next year,” she said.