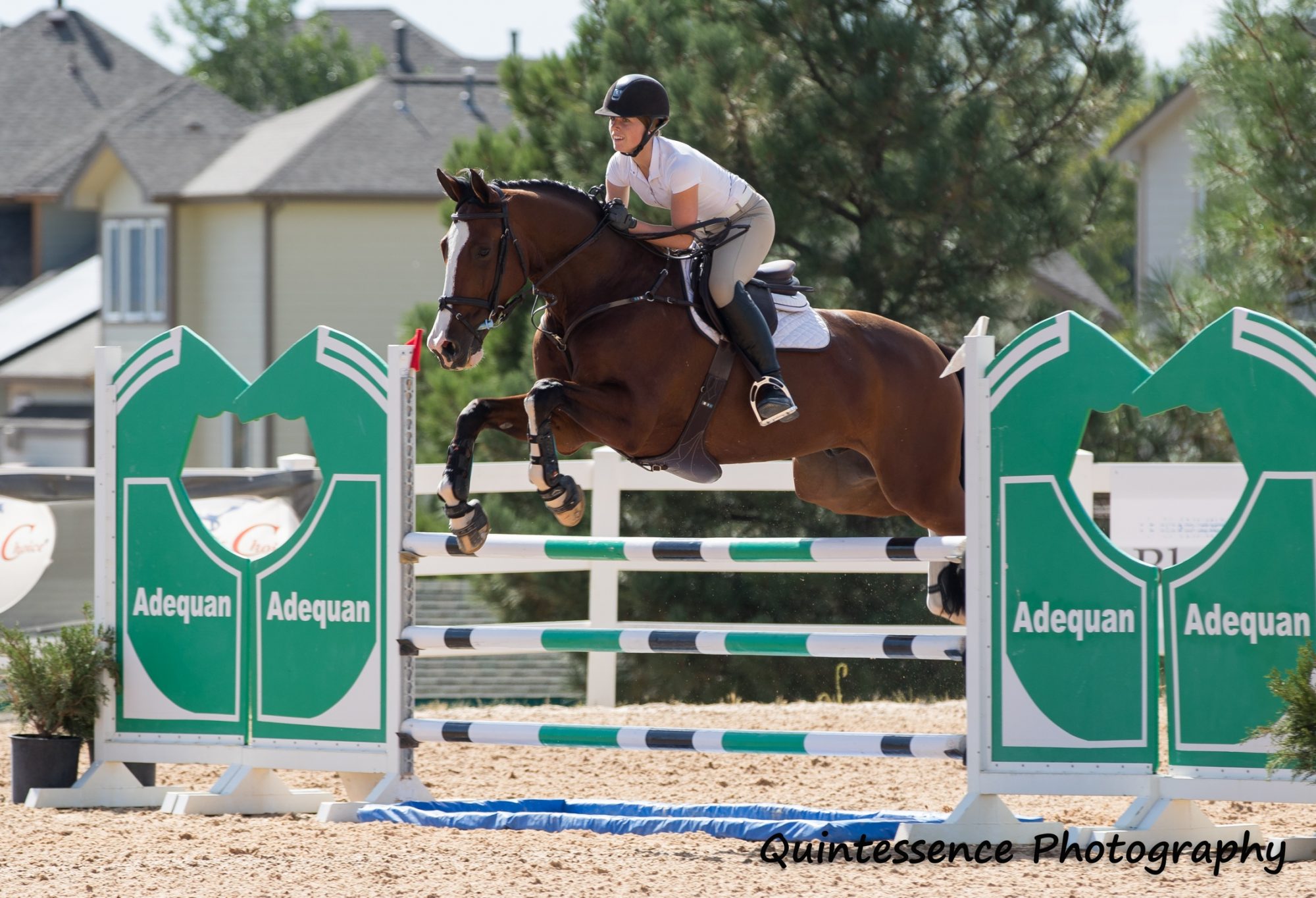 After a trying four rounds, Elise Vandamme and her own Bonjorno came away with both the Team Gold and Individual Gold Medals at the Zones 7& 8 Children’s and Adult Jumper Championships. The event took place at the Colorado Horse Park in Parker, Colo., where teams of four competed to earn the medals. Vandamme rode her own Bonjorno, a 10 year old Dutch Warmblood gelding.

Day one of the championships included the jog and warm up class, where Vandamme took advantage of showing her horse the arena and jumps, using more than a third of her 90 seconds to familiarize Bonjorno with a few of the spookier jumps. She took it easy around the first course, setting herself up for the upcoming competition. The first day of competition yielded a fairly straightforward course that Vandamme navigated efficiently, to put her in second place after the individual qualifier.

“The first day’s course was really good because it was very straightforward and jumpable,” explained Vandamme. “[Bonjorno] felt really good, and made me feel really good going into the team competition.”

The second day of competition was all about the team competition. Vandamme was on a team of mixed children’s and adult jumpers. Her teammates included Ashley Buchanan, Julie Fischer, and Sydney Matteson. Vandamme rode as her team’s anchor rider, going last in the rotation of riders. After two rounds of competition over the same course, her team was already guaranteed the Gold Medal before Vandamme’s second trip over the course. Although the result of her round would not impact her team’s win, it would contribute to her individual total. “The announcer called my round a ‘round of honor’, since it didn’t matter for the team standings,” she explained. “But I still felt the pressure, since it counted for my individual score.”

Vandamme jumped clear rounds in her first three rounds, but the final round would determine the winner. Although there was a lot of pressure, it never got to her. Before going to the championships, Vandamme and her mother decided to visit a sports psychologist.

“I really recommend that everyone see [a sport’s psychologist]. It got me so calm and at peace before the show, and I never let the pressure during the show get to me.”

Vandamme continued her clear rounds in the final leg, the biggest and most technical course, to get her the final win she needed. After four rounds, she was the only one to have posted four clears.

Coming home with two Gold Medals, Vandamme looks forward to some rest before continuing the season at the Utah local shows, and then doing a few out of state shows, including Blenheim’s Las Vegas National Horse Show in November. The pair recently moved up to the 1.20m Junior Jumpers where they had success in Del Mar, Calif. over the summer.