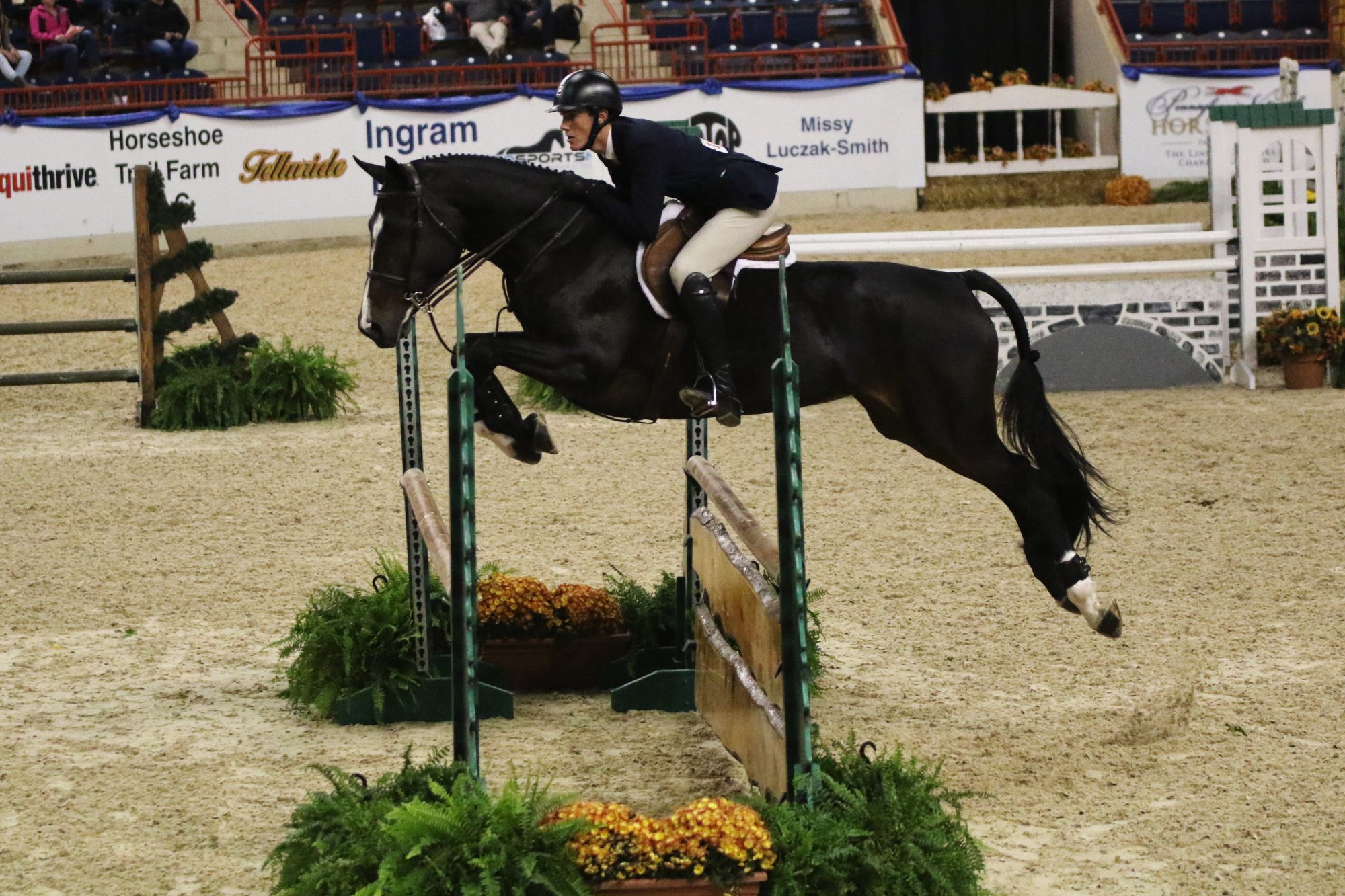 Bill Schaub owns Over the Hill Farm in Sanford, FL. A professional for over 30 years, Bill has trained many successful horses and riders in the hunter and equitation ring, including young equestrians  Alexa Lignelli, Luke Jensen, and Adam Edgar.

I have loved the post regarding the Pessoa/USEF Medal Finals course and judging. On the record, I want people to know that I respect and admire Jimmy Torano and Marylisa Leffler and their abilities to both ride and judge at the top level. I have known both of them since they were children. Both of them, from early ages, were hard workers and top competitors. They have devoted their lives to our sport from a very young age… I watched the Finals and when it came to the Top 25 Kimberly Stewart and I made it a point to sit right behind them to get the same exact view. Their results were spot on. There was a clear winner and everyone else fell into place. I don’t think this is disputed by anyone. I look forward to one day having the opportunity to judge the Finals with one or both of these outstanding horsemen.

I thought the course was excellent. Jimmy and I discussed it later. I feel that when you have 276 entries in a class that maybe the first round should be a bit softer and you will get your “stylists” in the first round, protect the horses and riders that are not up to the task of too many tests, and make a course that suits different degrees of scope and stride. Then, test the top 25 and throw it at them. If both of the oxers [on the end of the ring] were one hole lower and 6 inches narrower, there may have been more respectable rounds. But, remember, hindsight is always 20/20. I don’t think it is good for the industry if too many people leave a horse show discouraged. But, this is a National Final!

We had the same issue with the USET before they put in the mandatory open water throughout the year. There used to be often two sections of this class in many places and they started with the Flat Phase. Lots of kids qualified that really should not have been there. Now, in order to get to the USET Finals, a rider has to meet a higher standard throughout the year. There is no longer a so- called “blood bath”. Those riders are ready and know what to expect.

With the Maclay Finals, the Regional competitions weed out the riders that should not be going to the Finals.

When a class accepts 276 riders and they can qualify at shows where they can do easy, basic hunter courses and are never really tested, it gives me the idea that the Pessoa/USEF Medal Finks are in the same category as the USEF Pony Finals. Pony Finals took 160 entries. Jason Shelley created a genius course that worked for all sizes of ponies and soft enough not to put the riders in over their head; yet, enough test to separate them. It was still hard to get 25 good rounds. The top 25 were then given a test by the Judges that would separate the riders. If the answer is they want all they can get in the class then, in my opinion, the first course should be softer and suit kids at a lower level. You can throw a much more technical course at the Top 25. You are still going to have the same results in then end. And there will be fewer accidents, scared riders and horses, and an overall more positive event for the majority of competitors. You will also save a tremendous amount of time.

A lot of trainers make a living by qualifying kids for a lot of different finals. Parents spend a lot of money to get there. In my opinion, that is why the THIS Medal, the Marshal Sterling and the many lower level equitation finals were created. We unfortunately live in a society that “Can’t Handle the Truth.” There are customers that are pressuring the trainers to do things that may be over their child’s head. Trainers are trying to feed their families and keep the barn doors open. They are in a tough situation. A Regional competition for the Medal would take the burden off of the trainers.

I don’t think the average person realizes how hard these top competitors and their trainers work to get to this level. The sacrifices they make and the endless hours and hours of practicing, showing and developing their skills is truly unfathomable unless you witness it. They are the hardest working kids and trainers at the horse show.

I am looking at the big picture of how the Medal Finals has an effect on the industry as a whole and how to keep and bring more people in our sport.

Again, I applaud the riders, trainers, judges and the course at this competition.

One last point, so many of the riders and families that had trouble left the horse show, got earlier flights and “Got out of Dodge” as quickly as possible. Educate yourself…..Watch the winners…..Stay for the final test……Parents need to educate themselves and their children, listen to the advice of the trainer they have chosen, and realize that it is a proven fact that it takes 10,000 hours of practice to become accomplished at a sport, the violin, the piano or whatever you choose to pursue………..

Farmington Polo Club is On the Rise