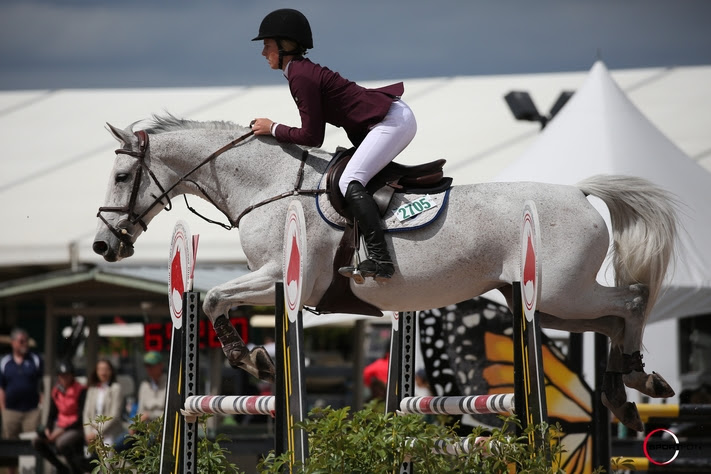 Annville, PA – October 7, 2016 – The North American League (NAL) is delighted to announce the winners of the NAL West Coast League’s five divisions who will now have the opportunity to compete in the NAL West Coast Finals, which will take place at the Las Vegas National Horse Show, November 15-20 in Las Vegas, Nevada.

The NAL offers a great opportunity for competitors across the country to compete in five divisions: Adult Jumper Presented by SmartPak; Children’s Jumper Presented by EquiFit; Adult Hunter; Children’s Hunter; and Low Junior/Amateur-Owner Jumper. The qualifying season for the NAL runs from September 1 through August 31. Anyone can compete in NAL qualifying classes, but only current members are awarded points. Joining the NAL is the best way for riders to get the points necessary to make it to the Finals. Annual memberships are only $40 per rider.

Caitlyn Epperson of Houston, TX, clinched the West Coast Adult Jumper Division Presented by SmartPak aboard her horse Au Girl, earning a total of 2,398 points during the season.

Melanie Jeanes of Dallas, TX, and her horse Carrera were a highly competitive duo on the NAL circuit this season, winning both the West Coast Adult Hunter Division and the National Adult Hunter Division with a total of 3,910 points in each. The pair has doubled their chances to earn a national title, as they are eligible to compete at the NAL West Coast Finals in Las Vegas as well as the NAL National Finals which takes place at the 2016 Pennsylvania National Horse Show in Harrisburg, PA, October 13-22.Madison Myro of Henderson, NV, topped the West Coast Children’s Jumper Division Presented by EquiFit, earning a total of 2,515 points with her horse Q Royal Palm Z.

Claire Follmer of Westlake Village, CA, won the West Coast Low Junior/Amateur-Owner Division aboard Zaricello with a total of 2,979 points.

Catching Up with the Herd (of Zebras)