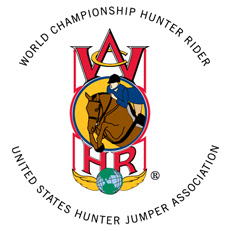 “Since 1992, the WCHR Program has been recognizing exceptional hunter riders competing across the country nationally and regionally,” said Caroline Weeden, chair of the WCHR Task Force. “We would like to extend our congratulations to this year’s National and Regional champions; the culmination of hard work all year and performances in the WCHR Challenge classes at Capital Challenge have earned them top honors within our sport.”

West Coast riders took five of the 10 national championship placings with the other five spots dispersed across the country with representation from the South, Central and East Coast. They also garnered several top placings at the WCHR Finals, including John French, who captured the WCHR Professional Finals win. The following riders, owners and trainers won National Championships as part of the WCHR Program:

“The great representation of riders from coast to coast in our National standings and at the Capital Challenge Horse Show demonstrates the strength of our hunter discipline nationwide,” continued Weeden. “The depth of talent in our hunter riders today was exceptionally apparent during the head to head competition in the WCHR Professional Finals.”

The USHJA World Championship Hunter Rider Program was founded in 1992 to recognize and celebrate the hunter rider. Since the inaugural WCHR Professional Finals in 1992, the WCHR program has expanded to include coveted year-end awards for Professionals, Developing Professionals, Amateur Owners, Adult Amateurs, Juniors, Children’s and Pony riders.

WCHR Program Members qualify for National and Regional awards by earning points at Member Events held across the country throughout the qualifying year. Points from a rider’s top four WCHR Member Events are used to determine Regional standings, and the points earned from the Challenge classes are then added to points previously earned at WCHR Member Events and the Capital Challenge Horse Show, to crown a WCHR National Champion in each category. Regional award winners can be found at  www.ushja.org/programs/wchr/2016.aspx.

Each year the top 10 nationally ranked riders in each WCHR category, as well as the top six riders from each region are invited to compete in their respective WCHR Challenge, except the Handy category, at the Capital Challenge Horse Show. Additionally, during the Capital Challenge Horse Show, top riders from each category qualify for their respective WCHR Challenge with the exception of the Professional Finals.

For more information about the WCHR Program, visit www.ushja.org/wchr.