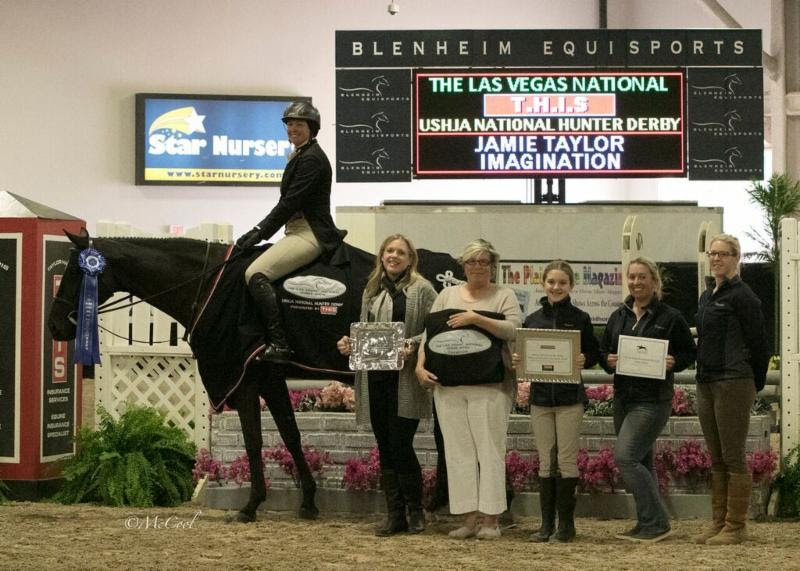 Regarding Hern’s track in Round One, Taylor said, “I really liked the first round course, I thought it had a nice loose flow to it. It’s hard to build a loose course in an intimate arena, but I thought he was very successful in that.”

In the Handy Round, Jenny Karazissis, sitting second on P.S. I Love You, earned a score of 91 putting Taylor to the test to stay on top. Riding with her usual finesse, Taylor did remain atop the leaderboard, earning an 89 which put her one point ahead of Karazissis for the win. “My handy round strategy was to not lose my head trying to out handy everyone,” she said. “I always like to take the handiest route possible, but with being on top I tried to prioritize smooth over anything else. I knew Jenny had laid down a nice trip so it put enough pressure on that I had to be more than just smooth.”