Home Blogs Barn Lounge GUT MICROBES- THE GOOD, THE BAD AND THE UGLY 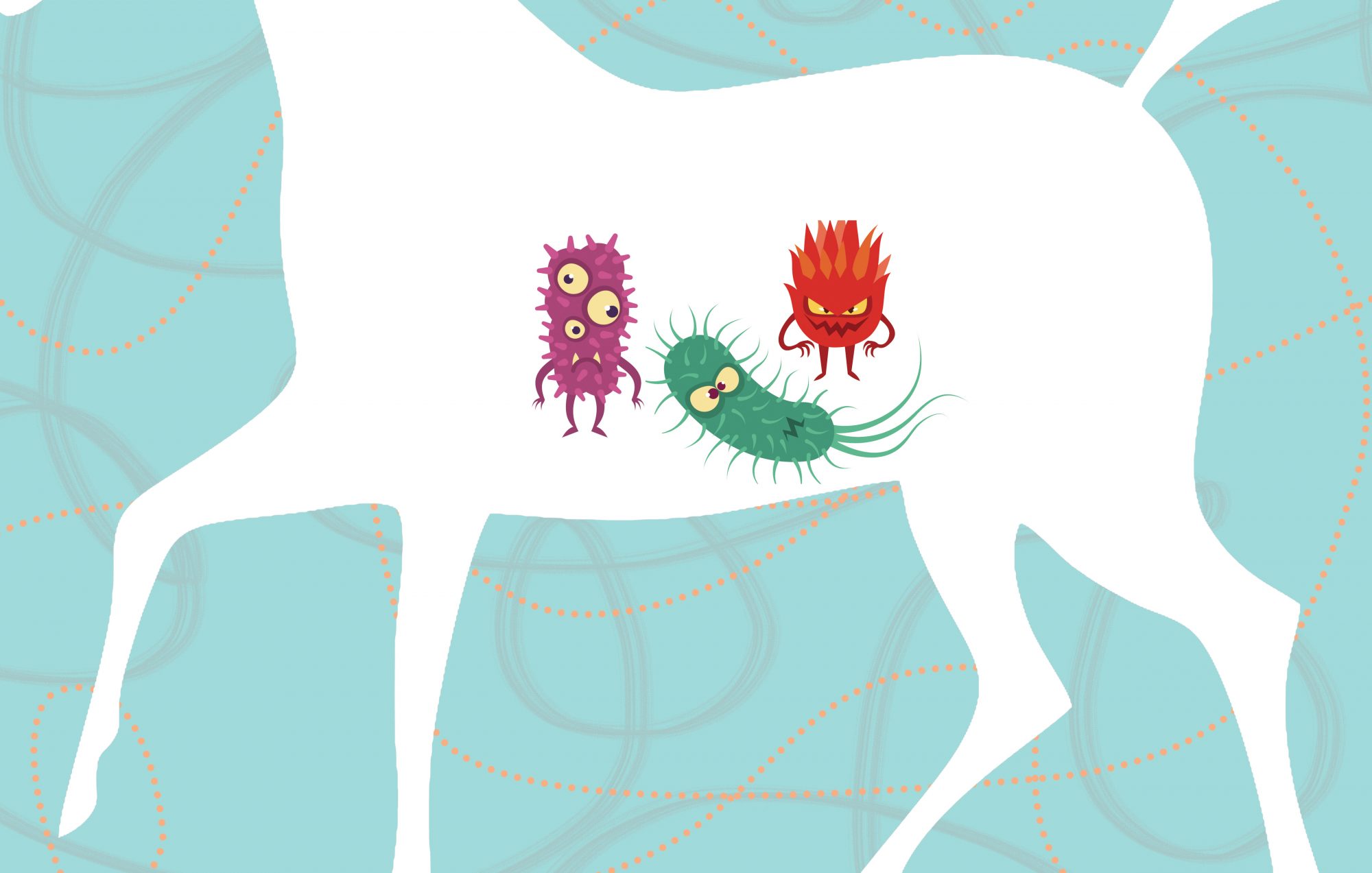 All horses have a resident population of microbes (microscopic “bugs”) living in their digestive system. This population includes hundreds of different types of bacteria, fungi and protozoa, some of which are good for the gut and some of which are bad for the gut. The majority of the microbes are found in a part of the digestive tract called the cecum, a pouch at the end of the stomach, and the large intestine. Collectively, the cecum and large intestine are often referred to as the “hindgut”. Undigested feed from the stomach and small intestine enters the cecum to undergo microbial digestion. A single drop of fluid from the hindgut contains nearly one billion microbes, each with a special function.

The good microbes are responsible for breaking down and digesting fiber from forages, breaking down protein, producing B vitamins and supplying the horse with energy. They are also an integral part of the horse’s immune system. In fact, 70% of the horse’s entire immune system is in the gut! Interestingly, research shows that the types of good bugs that inhabit a horse’s hindgut vary greatly from horse to horse. The unique composition of microbes found in each horse may help explain why some horses can eat anything while others are very sensitive and may colic from the slightest change in diet. Some of the bad bugs found in the gut actually have important responsibilities too, such as digesting starch found in grains. Unfortunately, starch-digesting microbes release lactic acid that can lower the pH of the gut. Maintaining a healthy gut is all about microbial balance, keeping the population of good bugs large and bad bugs small. If the population of starch digesting microbes starts to grow and produce more lactic acid, the pH can be significantly altered such that the good microbes, which prefer a neutral pH, start to die off. The situation becomes critical when the bad bugs start to outnumber the good bugs. Not only does this prevent forages from being digested adequately, but it also allows the ugly, pathogenic bugs to colonize and wreak havoc on the gut.

What Are The Effects Of HHC Vape Pens?