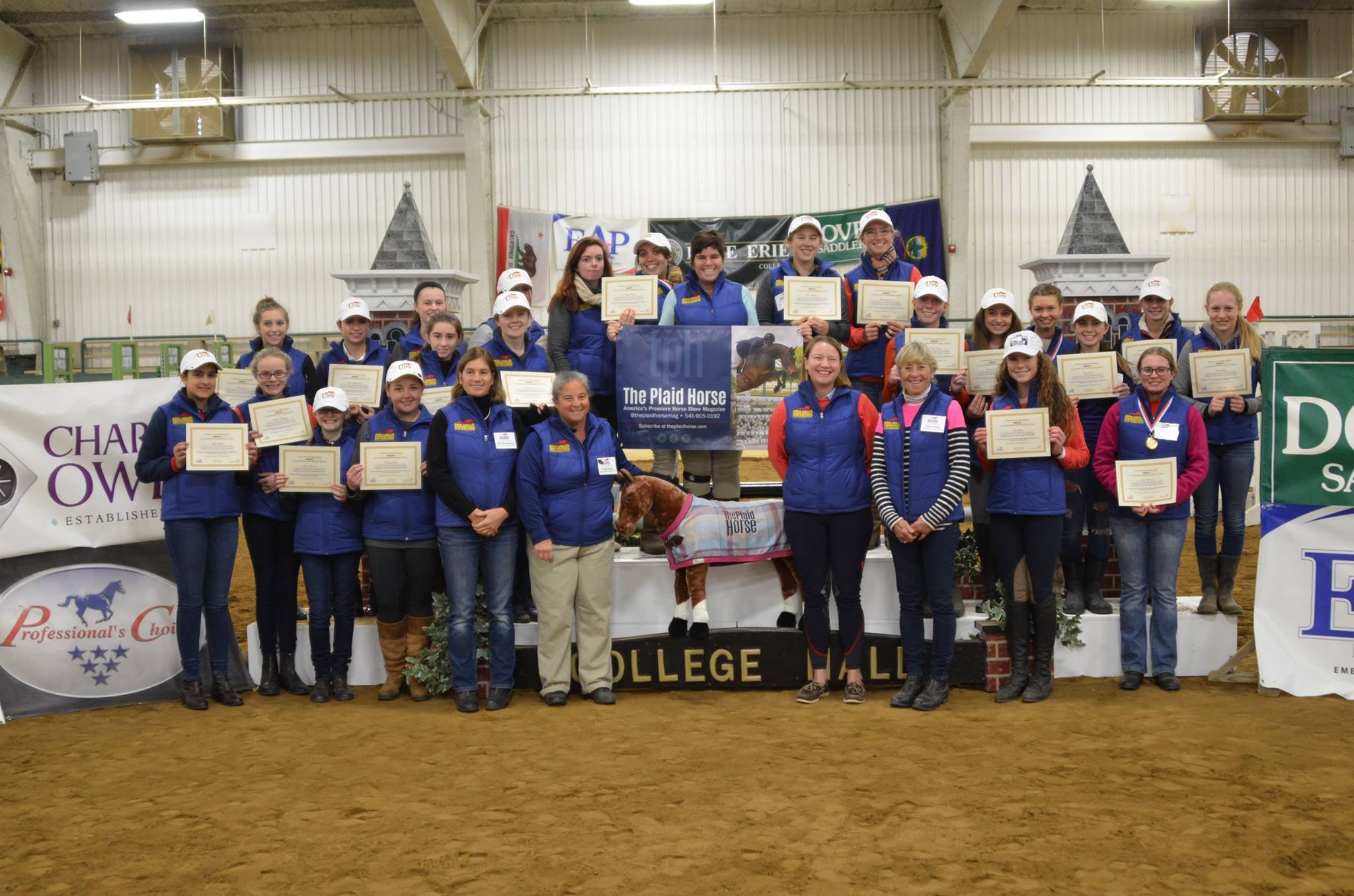 Going into this experience, I had no idea what to expect. I found out about the USHJA Horsemanship Quiz Challenge through the United States Pony Club’s website. I didn’t know anyone who had done this program before, and I didn’t know very much about the USHJA in general. However, it sounded like a fun, new way to put all of my horse knowledge to the test. After looking over the requirements, I said, “Let’s see what happens” and took the placement tests.

At Nationals, I was amazed by the opportunity I had stumbled into. On Friday, when I arrived at Lake Erie Equestrian College, there was no wasted time. Soon, I found myself taking a written test that stretched my knowledge of everything from nutrition to top show jumpers. Shortly after the written test came the identification room, where you have five minutes to identify as many items as possible displayed on a table. This effort sure got my blood and adrenaline pumping! Five minutes is not a lot of time when you have to write down the names of twenty items. After Friday’s testing was complete, we got to relax and play some fun get-to-know-you games. The level of competition was raised when we had our on-foot Gambler’s Choice race.  Having only 21 finalists made the atmosphere very low stress and non competitive. It almost felt like a weekend clinic. After the fun and games, we all sat down and listened to our inspiring keynote speaker and sponsor, Dr.Piper Klemm, Ph.D.

Saturday arrived as a beautiful, clear fall day in Ohio. But, it also brought along the individual practicum tests.  My practicum was relatively early in the day as I was third to go. For those who are familiar with Pony Club, the practicum was very much like taking a horse management rating. Two judges had a number of scenario questions that I was able to answer in a very conversational way. I just explained how I would handle their situations if the horse were in my barn. I greatly appreciated that Lake Erie College lent us actual horses on which we could show our horse management skills. That 25-minute test seemed to fly by in a blur of bandages, grooming supplies, and medications. During this test, I relied heavily on the skills I had learned in my years of being in Pony Club and as a working student/ groom at various barns. I felt the test was a very fair assessment of skills necessary for taking care of horses in a show barn.

The practicums took place all day Saturday, because only two competitors could be tested at a time. During the down time as we waited for our time to test, the HQC organizers brought in a group of well-educated horse people to lecture on hunter judging, bits, and trailering. When we weren’t sitting in those fabulous lectures, we had the privilege of auditing Olympic medalist, Peter Wylde, as he taught clinics for the Emerging Athletes Program competitors. After the testing was completed, we all gathered to hear about some fascinating case studies about cellulitis and white line disease that had happened to a couple of the horses at Lake Erie College. After our full day of lectures, we all cleaned up and sat down to a delicious dinner banquet at the Quail Hollow Resort. We could take a deep breath now that our testing was done.

On Sunday, we were all assigned jobs to help EAP riders by grooming and holding horses during their Nations Cup competition. It was nice to spend some quality time with the horses and my new HQC friends before our jam-packed weekend came to an end. The awards ceremony was the last part of the weekend. When they announced that I had won the silver medal for the competition as well as the highest practicum score, I felt so excited and honored. I walked up to accept my award with a smile that reached from ear to ear.

Now a month or so after the competition, my most enduring recollection of the HQC competition involves the people I met, the memories we shared, the information I gathered, and the learning opportunities I was offered. Coming into this competition, not knowing what to expect, I had no standard to hold myself to. I wanted to do well, but it was the experiences I had that made the weekend a memory to last a lifetime. I would like to thank all of the people who made this event possible. I hope to attend again next year, hopefully to see some familiar faces and see what happens.

It Takes a Village