Home Blogs Bay Broadcast Rule Changes and a New Outlook on Equestrian Sport in the Desert... 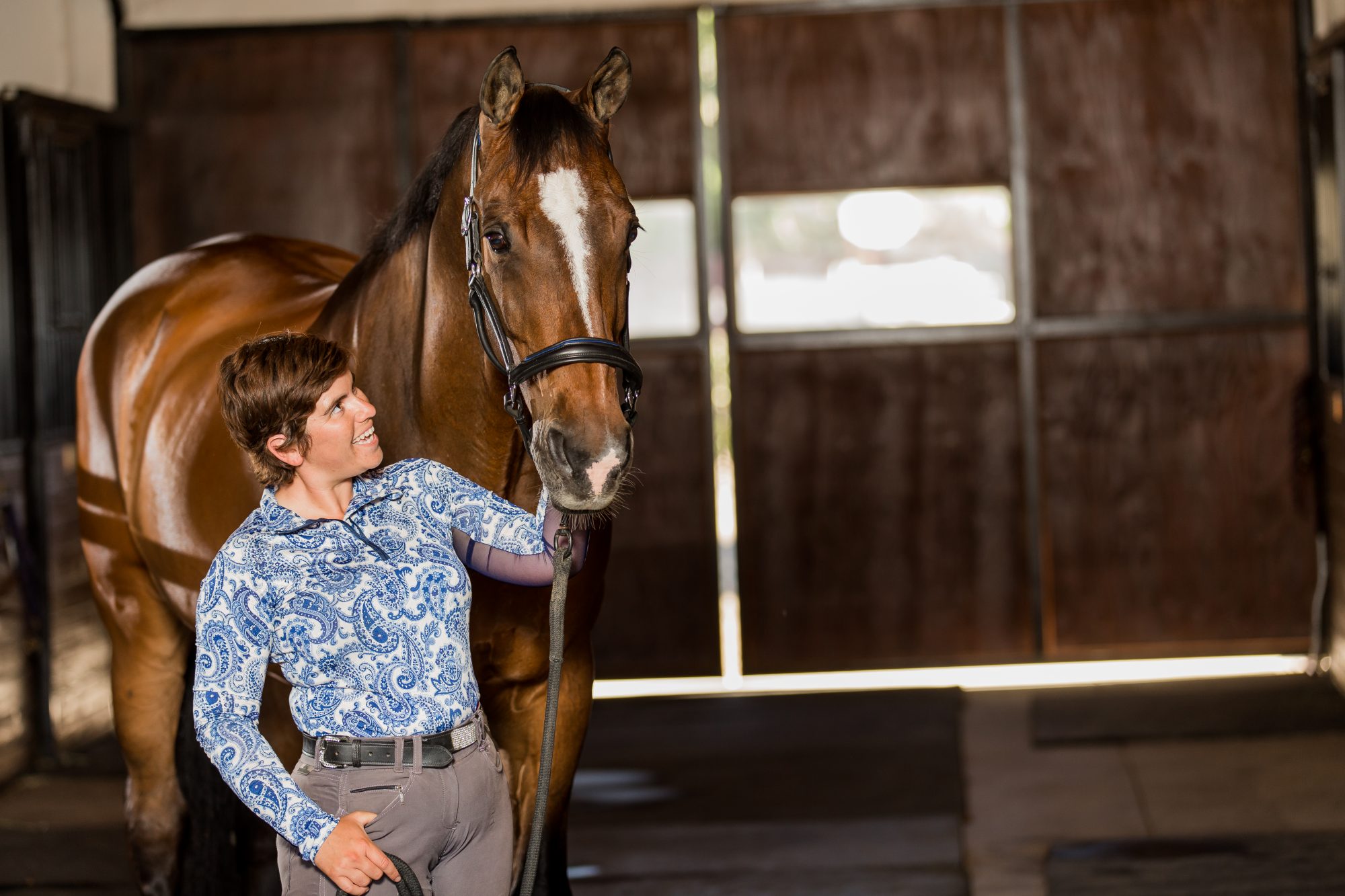 Once again, it was early to rise to be at the Omni Hotel for breakfast – presented by Perfect Products – by 7am.  Today started off with a Microchip Training and Age Verification presentation.  This has been a heavily discussed subject over the last few months, after it first became public that microchips would be required in the next few years.  The requirements for having a microchip implanted were explained, and the plan for the next two years was also discussed.  The first step toward having all show horses be identifiable through microchips starts on December 1, 2017.  This rule states that all horses that want to compete and earn points in age verified classes in the 2018 show season must be microchipped.  The following year, 2019, it will be necessary for all show horses to have a microchip.  The microchip presentation and more information on this are available on the USHJA Annual Meeting website.

Following the first session of the day I headed over to the Competition Standards Committee meeting.  Here they voted on more of the rule changes as they received new drafts of the proposals that had been changed since yesterday.  It’s been interesting to see the same rules discussed by three different groups over the course of the meeting thus far.  They were able to bring a new perspective to the rule change proposals that I had not yet heard from the rule change forum and the Jumper Working Group.  There were some considerable discussions surrounding some of the rule changes and how they would affect the show management and shows themselves.  After about an hour and a half the meeting adjourned and then it was time to head over to the Young Jumpers Task Force.

There were a lot of great ideas thrown around and topics covered after the few rule changes were reviewed.  Ideas from how to help create the Grand Prix horses of tomorrow, to ideas for new programs and show series around the country that could help make showing young horses more affordable.  Following the task force I went upstairs for another round of tasty food; this time it was the Hodges Badge Company buffet lunch.  After stuffing myself with delicious salad, ravioli, garlic bread, and dessert, it was time to get back to work.

Good thing the USEF National Jumper Committee lasted a while and allowed me to digest my lunch.  Over the next half hour the rule change proposals were discussed and voted on.  Another break followed the group of meetings, this time brought to us by EMO.

Right after the break was the Update on USEF Sport Integrity presentation presented by Murray Kessler and Mary Babick.  For me, and I hope for everyone else, this was something that is crucial to our sport.  The presentation lasted just over an hour and a half and covered everything from drugs and medications, to possibly making choices to change the sport to keep people from cheating, to the newest idea of having minimum trainer requirements at horse shows in the future.  I found this to be a breath of fresh air!  We have always known these things happen in our sport, but feel like our hands are tied if we’re not at the top of the sport with the power to make changes.  Everyone on the panel assured the attendees that they hope to improve the sport by way of safe sport practices and education.

The presentation I had been looking forward to all day was next; the Trainer Certification Program Committee.  They unveiled the shiny, new, and improved TCP to great applause.  The changes came about as a complete overhaul of the program in an effort to include more trainers and give certified trainers more benefits.  There are now going to be four levels for certified trainer classification: basic, regional, national and premiere.  Each level has a specific set of criteria that must be met in order to advance to the next level.  There are now two ways that a trainer can progress, through their results or through education.  Once a trainer is certified, they will enter at the basic level.  To then obtain a higher level of certification, a trainer can present their – or their students’ – show results or attend a live testing session and show their skills in a series of tests.  The other new development will be the invitation system.  This is aimed for the trainers who have been in the industry for so long that many of their results are not readily available online but they still wish to be certified.  All of these changes will come into effect in the fall of 2017.  The invitation system will run from September 2017 to November 2018.

Following the TCP meeting was a long break for attendees to get ready for the Evening of Equestrian presented by USHJA Zone 10 and the Pacific Coast Horse Show Association.  The evening kicked off with a wonderful video presentation expressing gratitude to and admiration of Bill Moroney as he leaves the USHJA and heads into his next job as CEO of the USEF.  We heard from Bill himself about the formation of the USHJA thirteen years ago, how he and a dedicated group built something out of nothing, and how far this organization has come.  After a delicious salad and beef filet, it was time to hand out awards.

While I won’t go into a huge amount of detail regarding each award, I will say that I thoroughly enjoyed seeing a variety of people receiving awards for doing what they do best.  The Lifetime Achievement Awards were very poignant.  I learned a great deal about the two Lifetime Achievement Award recipients from the wonderful video presentations.  Raymond Francis was the first recipient.  I will admit I did not know very much about him, but had heard his name over the course of time.  I learned that he was a classic “rags to riches” story, working his way up to the top through hard work and perseverance.  He made his mark in the hunter/jumper industry as a trainer, judge, and breeder.  The next to receive the award was Chrystine Tauber.  It was great to see her as a young woman riding with Bert DeNemethy for the U.S. and to learn of her journey to the top.  After her riding career, she became a huge figure in the world of governance and continues to promote our sport from behind the scenes.

Immediately following the awards ceremony, the Awards Dinner After Party presented by World Equestrian Center kicked off.  The after party included drinks and desserts and a fun photo booth in the foyer.  However, I am a trainer and have lost my tolerance for staying out late. At 11PM, I decided to call it a night shortly after enjoying all the after party had to offer.

The Social License to Operate: Is the future of equestrian sports...