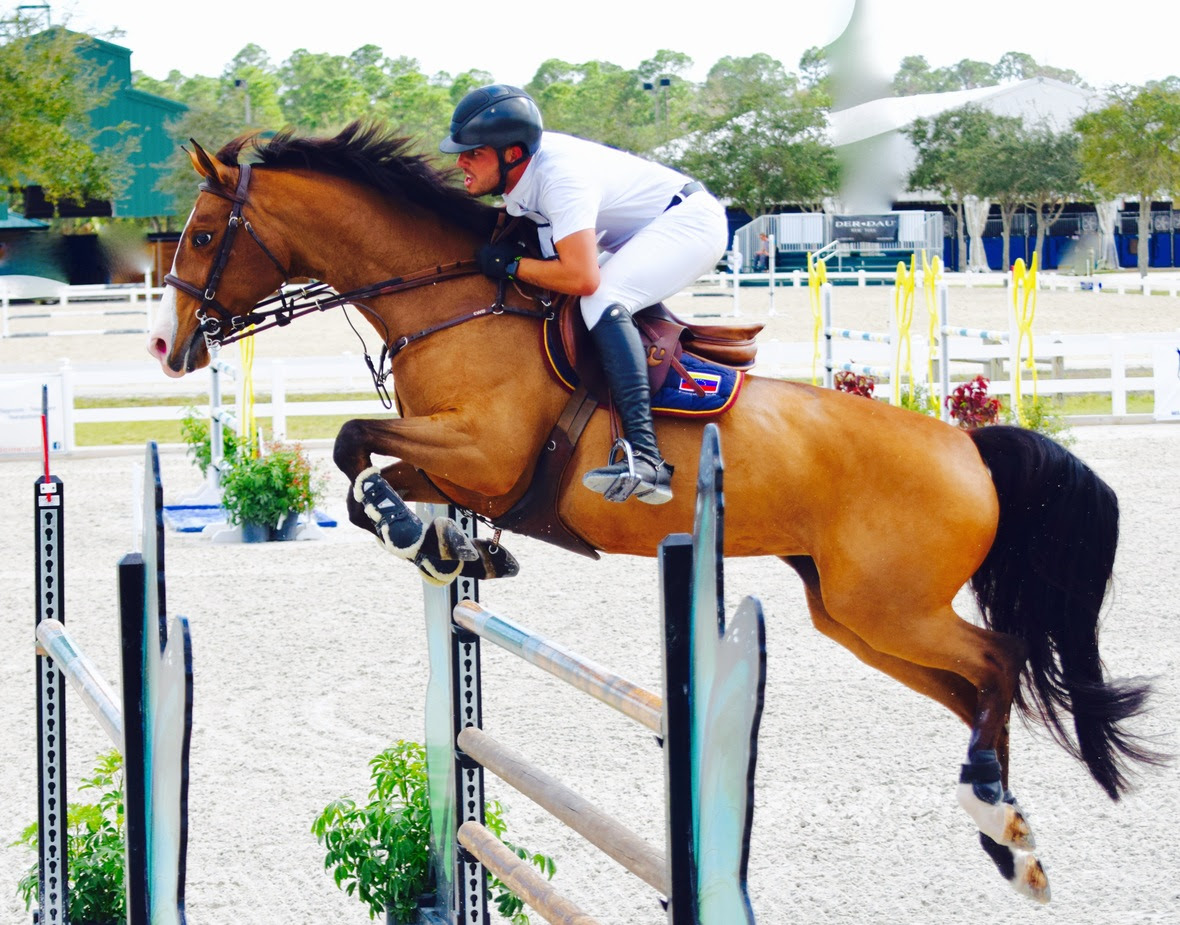 Friday’s $15,000 RV Sales of Broward 1.40 Grand Prix. Held Friday in the pristine all weather arena at Jim Brandon Equestrian Center, Andrade and Jenni’s Chance had an early double clear finishing on 38.174 in the jump-off. But almost as soon as Andrade’s placing was announced, he was back in the arena to best his own time with Benita.

In a thrilling jump-off effort, Benita, under Andrade’s guidance, soared over the final vertical and through the timers to best Jenni’s Chance with a jump off time of 35.263. Despite a number of valiant efforts from the rest of the field, no one could catch Benita or Jenni’s times. Colombia’s Ilan Bluman rounded out the top three rankings with Eax Run Run LS.

The talented combination of Manuel Fernandez Hache and Al Calypso proved exceptional during Saturday’s Turf Tour 1.45m Grand Prix, putting the Caribbean nation at the top of the standings. Veterans of the 2015 Pan American Games, Hache and Al Calypso navigated Saturday’s Turf Tour course with the grace and poise of seasoned international competitors. One of the last combinations to stretch their legs on the grass field at The Ridge at Wellington’s home farm, their double clear effort and 41.533 jump-off time stole the lead from the US Olympian Laura Kraut and Cavalia.

“It was a very good ride, a very good course,” said Hache following his ride in the Turf Tour. “We have been riding at Spruce Meadows during the summer, so Al Calypso is used to being on the grass and enjoys the change from sand arenas. It can be dull riding in the same places over and over and this is a breath of fresh air to come out here and be able to jump on this level in an open environment. I love the tranquility of The Ridge’s shows, we have been showing in the Palm Beach Series’ Grand Prix for the past few weeks as a way to build up for the U25 Grand Prix and larger classes later in the season. Its great that we can come out here and relax, jump, and train without stress. This course was particularly nice to sharpen up the horses, it was very straight forward. I galloped my horse straight and forward to the jumps, and made the most of riding on the grass.”

For full results for all of The Ridge Palm Beach Series, visit The Ridge Farm’s results page.

More shots from Saturday’s Turf Tour at The Ridge at Wellington!