Home Blogs What in the World is a Horse Bonnet? 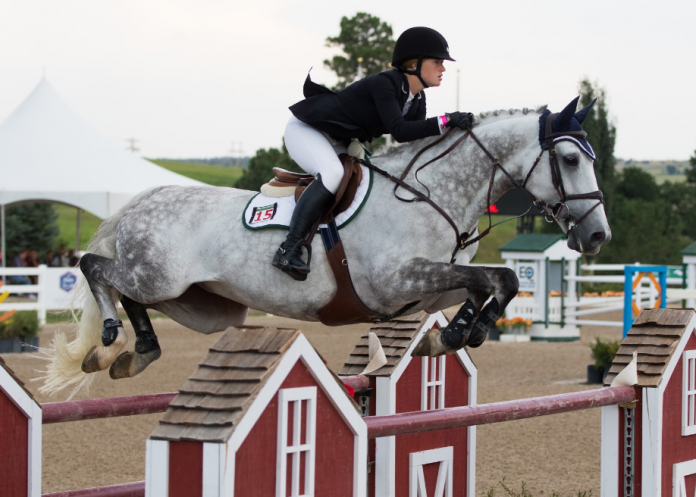 Jennifer Gates decks her horse out in a bonnet during NAJYRC in Colorado in August.

Have you ever wondered where those silly things on the heads of horses came from? Does your dad call them “horse hats”? Actually, your dad is not too far off. We did some research on the origin of the horse ear bonnet, and came up with some interesting facts.

The earliest form of a horse bonnet or hat is found in the mid-14th century when horses became targets in battle in order to dismount the knights on them. In order to protect the horses from archers and other attackers, barding, or horse armour, was invented. In most cases, the horse had iron plates on its body for protection, including the head. These protective shields for a horse’s face were called ‘chanfron,’ and covered the whole front of the horses face as well as much of the ears and cheeks.

At the turn of the century, however, barding was not really necessary anymore. Horses became mostly modes of transportation and companion animals.  A more modern take on the horse bonnet came to play. In the 1890’s “sun bonnets” for horses were all the rage in France. These sun bonnets were basically hats for horses, keeping the sun out of their eyes and shielding them from the heat of the day. These ranged from simple straw hats to elegant and frivolous masterpieces.

As these original “hats” evolved into their modern-day look, they actually were not used for style. These crocheted ear bonnets were used mostly in the Grand Prix arena, as riders were noticing that their horses would often get distracted at bugs flying around their ears. The tightly woven fabric helped keep the pesky insects from bothering a horse while on course.

Today, ear bonnets are a fashion statement in the jumper arena. Though they have kept their functionality as bug repellants and sometimes sound mufflers, most riders now accessorize their horse with a bonnet simply to keep up with their color scheme. Ranging from $5 homemade bonnets to $200 designer bonnets, you will shine with some bling on the head of your equine.