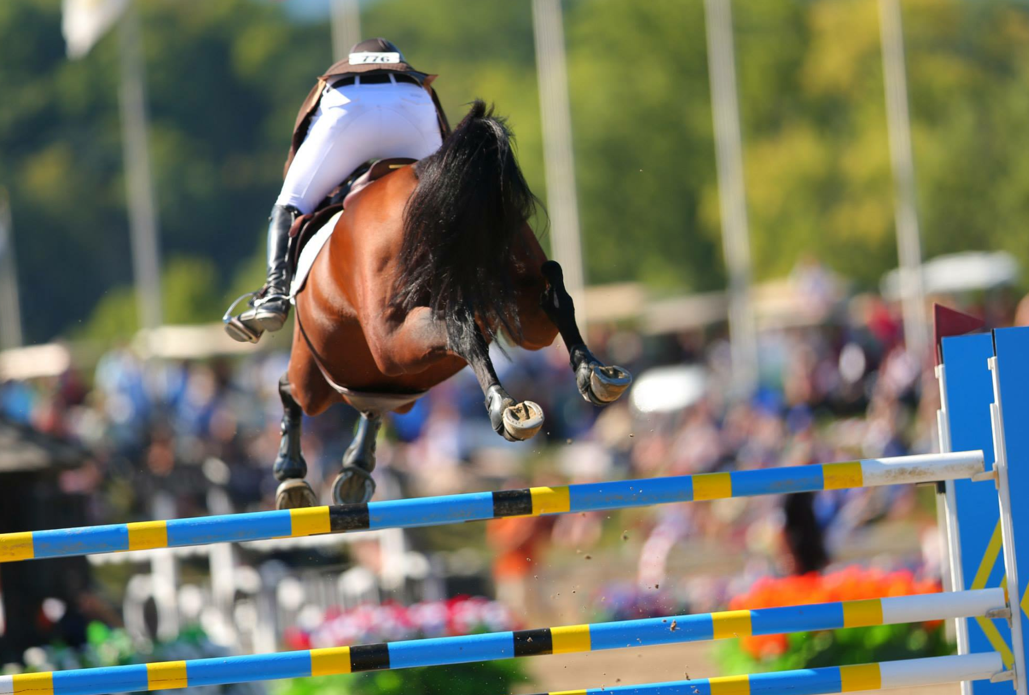 In 2013, my husband and I were looking at a horse at Todd Minikus’ barn in Wellington. After the trial, I asked, “Hey, where is that fiery little bay mare?” “Quality Girl?” he said. “She’s over there.”

A beautiful brown eye and sweet expression greeted me at the door. “This is she?” I asked. “The one who tried to dump you in the schooling area on Saturday night?” My husband and I stood in the stall with this amazing, diminuitive mare that we had watched jump mountains in the WEF International Ring. We daydreamed about what it would be like to own her. Fast forward eight months and many hours of being her greatest fans. In October, Todd telephoned me with an urgent tone. Carl Brems, who owned the mare, had serious buyers flying in to Harrisburg to try her. For the first time in his long, illustrious career, Todd Minikus was asking people to buy him a horse.  For him, this process was more daunting than running down to a six foot wall in a jump off.

With wife Amanda as the brains behind the operation, a nine share partnership was put together to purchase the mare. It was a one time buy -in with no monthly bills. We called some friends with a similar love of show jumping, and together were able to purchase one share. So, after watching and admiring and cheering this horse, we were owners! Well, we owned 2/5 of 1/9, so 2/45 of Quality Girl. I visualize it as owning part of her tail- not even the whole thing. Maybe just the top half, the tail bone. But, what a fine tail it is! We have been to every class that we can logistically attend. We scream and yell and punch our fists into the air when she wins. When she won the Zoetis $1 Million, we were glued to our computers – yelling at the screen until our kids appeared and asked what was wrong. When we won the Saturday Grand Prix at Devon, Todd gave me the little butter plate trophy. I beamed as if it were the Wimbledon Cup.

We are lucky. We have won back our original investment. We have never received a bill, as promised. We have felt part of a world – the Grand Prix jumper world- that we have previously only observed. If I had to pick one rider to ride for my life, it would be Todd Minikus. He never does anything half way. When he walks into the ring on Quality Girl- or any other horse- get to the edge of your seat and enjoy the experience.  I have been an owner and a trainer in this business forever, seen and won plenty, and will forever appreciate the joy of owning the tail of Quality Girl.

Hunters, jumpers, ponies, derby horses. Prospects or proven. If you love the game, get into it. Whether you own all, or 1/50th, you have to play to win. Find your rider, one that you believe in, and become an owner. It could be the ride of your life.

Quality Girl is a 14-year-old Oldenburg mare (Quidam’s Rubin x Dodirka, Dobrock) owned by The Quality Group and ridden by international show jumper Todd Minikus. Minikus took over the reins in 2013, and the two have earned over $1 million in prize money, most notably winning the 2014 Zoetis $1 Million Grand Prix and the inaugural 2015 Global Champions Tour of Miami Beach.