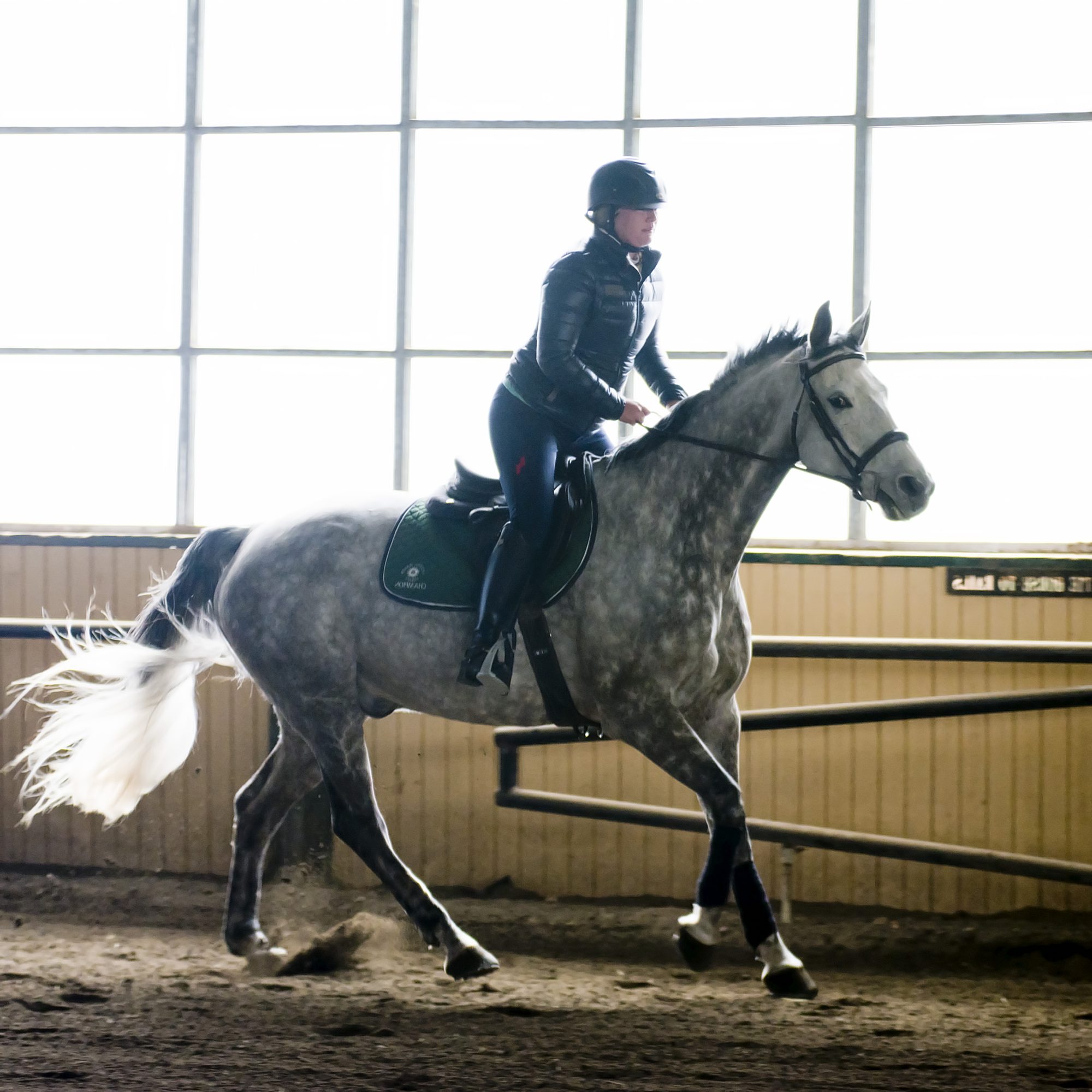 CLICK HERE to read more from the February 2017 Stallion issue

As we launch “Inside Your Ride: The Podcast” with Tonya Johnston this month and read Kim Harries’ article in this issue (p. 110), there is a lot of discussion about mental skills, habits, and achieving the next benchmarks of success in 2017. As someone with “limited habits,” my constant quest for self-improvement is met with incremental success. The one place, however, I always manage to push outside of my comfort zone is the run to the roar.

Trinity College (Hartford, Connecticut), my alma mater, holds the record for the longest winning streak in the history of varsity intercollegiate sports in the United States –Men’s Squash at 252 games. Yes, that’s more consecutive championship rings than fingers, all without losing a game (1998-2012). As each successive generation of college-aged men took to the court, the pressure for freshmen entering a decade old legacy of no losses could have been mentally insurmountable. Dramatic finishes against Ivy League foes were won by a breath, a whisper, a hair in a packed house of screaming fans ferociously beating against the glass. Beginning his tenure in 1993, Trinity Men’s Squash Coach Paul Assaiante has amassed a record of 399 wins and 15 losses. In 2010, he wrote “Run to the Roar: Coaching to Overcome Fear”. I picked it up, not because I was interested in the coaching aspects, but to learn about the experience of my college chums on the court. Reading it the early days of graduate school, I discovered that the book was about a lot more than squash.

So much of life is fear, uncertainty, and inability for most to prepare themselves successfully to run to the roar. What does this mean for your goals? It could be late nights at the gym, reading journal articles until your brain doesn’t feel like it fits in your head, riding and riding and riding without stirrups, and mastering perfection in practice.

From a place of calculation and meticulous preparation, you need to charge ahead with bravery that the distance will be there, those single oxers at the end of the ring at Medal Finals are not too big, and success might come from submitting your application to that reach school or juicy scholarship.

Study, do your homework, practice your flatwork, read, prepare, watch… and then, reaching your polestar, make the decision and charge.

Resolve in 2017 to do it. Breed your mare to one of the exquisite stallions in this issue. Show your baby on the line. Try something you’re afraid of – like that 1.20m class in the Grand Prix ring. Write an article about something meaningful to you. Overcome your fears. Run to the Roar!

An Equestrian’s Imperfect Pursuit of Wellness