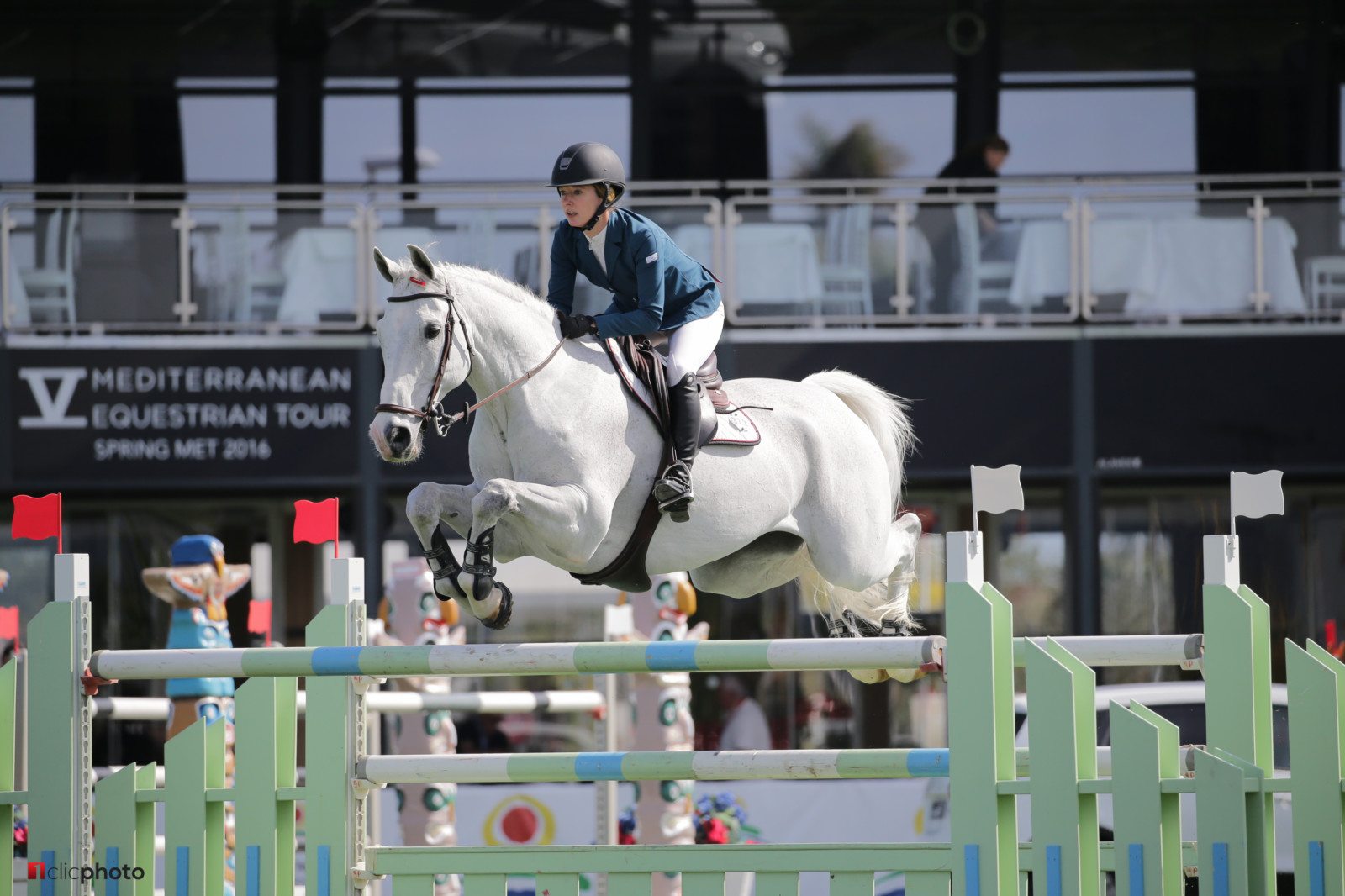 (April 10th, 2017, Lisle, IL.) EQUO is an exciting, premium-quality clothing line committed to creating innovative and versatile equestrian apparel. In keeping with our philosophy of maintaining the highest quality suitable for the top of the sport, EQUO is pleased to announce our new partnership with top international rider, Jamie Barge. Jamie is an amazing athlete who has had many successes on the West Coast, as well as represented the United States in the 2017 FEI World Cup Finals in Omaha.

EQUO is thrilled to sponsor Jamie and work with her on many upcoming projects. “It is very exciting to see the line grow with the input of such an amazing athlete,” said CEO and Founder Anna Dulin. Having the opportunity to connect with Jamie at the World Cup, who was already a fan of the schooling pant, proved successful. Seeing as EQUO recently launched a full men’s and women’s competition line, the partnership was a perfect fit for both parties. Moving forward with a sponsorship was an easy decision. “I love the schooling pants so much; they made it so easy to go from the gym to the barn. When I learned about the new competition breech, I couldn’t wait to try it,” said Jamie of her new relationship with EQUO.

Look for Jamie to compete again In May at Thunderbird Show Park, BC, Canada.

Jamie grew up riding on the east coast in both Equitation and Junior Hunters training with Val Renihan.  She attended college at UGA as a member of their equestrian team, transferring and graduating from Pepperdine University, where she began riding jumpers with Karen Healey and Buddy Brown.  She won her first few Grand Prix at Showpark in Del Mar, CA with her main coach Gaby Salick.  She spent this past summer training in Europe.  Some of her major accomplishments have been Winning the Hermes Sellier Trophy at Longines LA Masters, representing team USA at Nations Cup in Solvakia, and the World Cup Finals 2017 in Omaha.    With so many wins under her belt, Jamie is an exciting rider to keep your eye on.   Jamie would like to thank all of the people who have helped her and her horses on her amazing journey to the top of the sport.

EQUO is a premium quality line and a pioneer in versatile equestrian apparel, bringing the future of style, innovation, technology, and performance to equestrian sports.  With both a mens and women’s competition line, and an innovative schooling line, EQUO wants everybody to be chic and comfortable wether you are in the ring, at the barn, or out in the rest of the world.  EQUO is and always will be designed by athletes for athletes.  for more information on EQUO, please visit their website at equo-us.com.