Home Blogs Barn Lounge Education of an A Show Mom 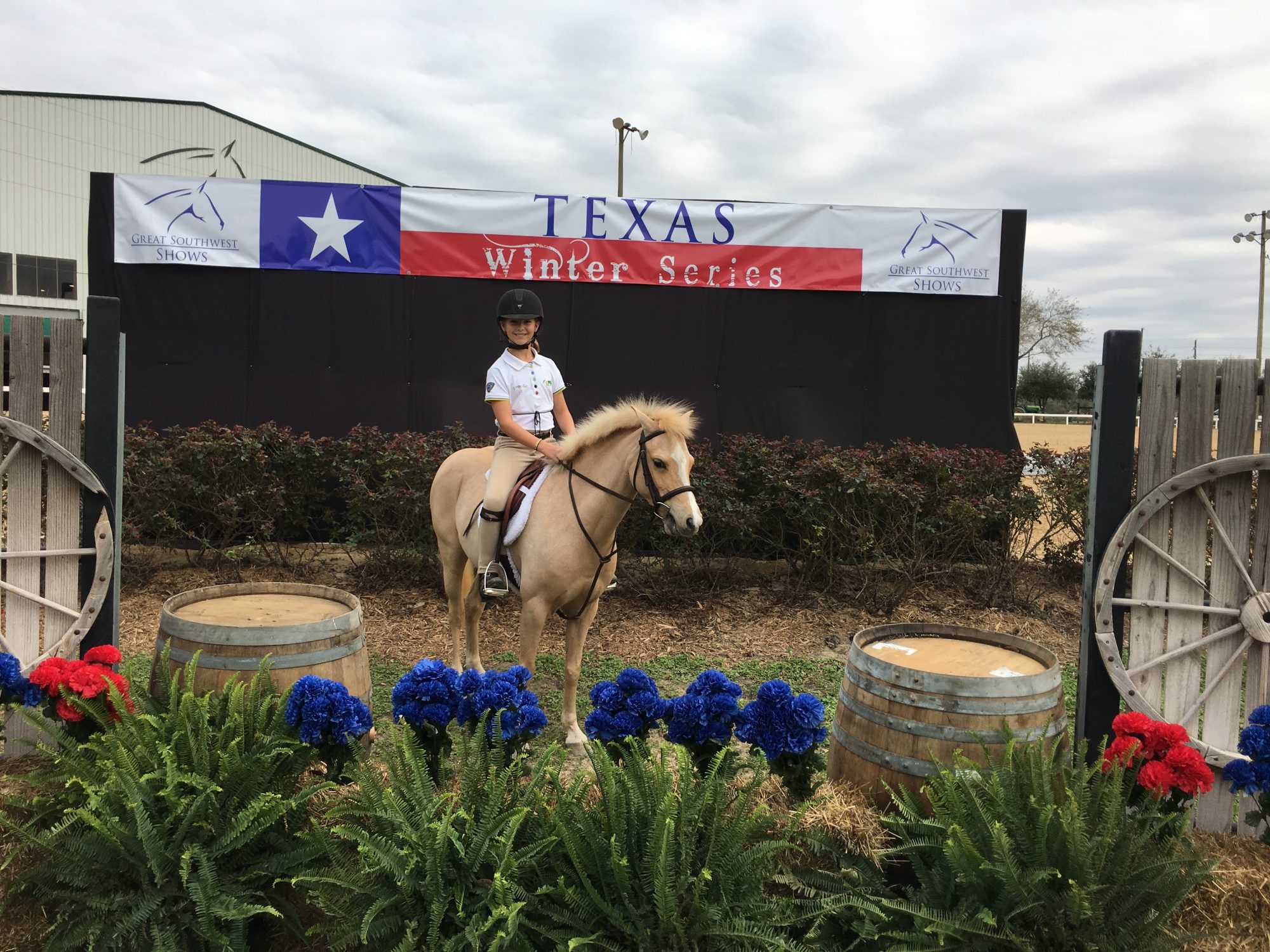 Recently my daughter and her pony had an exciting A show experience, which got me thinking about what a tumultuous couple of months it has been learning the A show ropes, and how far we’ve come. Let’s go back in time, to the beginning:

Somehow my daughter got it into her head that she wanted to go to Pony Finals. Actually, I remember exactly how she got it into her head. Her coach asked her what her long term goal was, and Eleanor said she wanted her little pony, Pancake, who she loves to the moon and back,  to be awarded “Pony of the Year”. Oh, and maybe go to the Olympics. Her coach, a Grand Prix rider bringing up a stable full of jumper girls, said “I don’t know about Pony of the Year, but how about Pony Finals?” Eleanor replied, “What’s Pony Finals?” And so the die was cast!

We told Elea that we would fund 4 local A- show attempts. We told her that if, in those 4 tries, she qualified, we would figure out a way to get her and Pancake to Pony Finals. And with that, we were off and running, getting ready for our abbreviated A show season. Here are some of the things we learned  by trial and lots of errors:

Apparently all A-show ponies must appear to have come directly from the pony spa, with shiny hooves, and not a speck of dust on self or tack. No slobber on bits, no dust on boots, no boogers in eyes. We were adequately warned ahead of time, and I’d been told that we didn’t have to spend an arm and a leg on fancy products, motor oil would suffice to bring a shine to pony’s hooves.

So, there we were at the Texas Pony Championships, I’m proudly prepared, I had my grocery bag over my shoulder with brushes and rags and a yellow quart of Valvoline motor oil. Bless Elea’s sweet coach, who looked at me, swallowed hard, and gamely slopped the motor oil onto the hooves with me. Only later did she let me know we might want to transfer the oil to a hoof oil container with hoof brush.

Sheepishly, I bought some better looking gear, and a nice black brush tote to hold it all together.

All tack must match and fit pony perfectly.

That fluffy, white saddle pad must be exactly 3/4 inch larger than the saddle, and not one bit more! Bridle must fit just so as well. The throatlatch should hang  just at the pony’s cheekbone, buckles aligned, noseband delicate enough to highlight pony cuteness.

A show ponies must be braided, manes and tails. My braids, I was informed, do not meet muster, and Elea’s are worse. When I realized that small ponies are generally first on the roster, and I would need  to have myself and Elea to the barn at 4 AM. to get them done in time, I was glad to pay a braider. Top Tip: get the names and numbers of two or more braiders ahead of the show, and pre-confirm your braiding plans.

Also, it is apparently a near fatal flaw for a pony to have a naturally thin off- color tail. Tails must be full, fluffy and shiny, and if your pony happens to have been born with a scrawny tale, you will need to beg, borrow or purchase a fake tail for her. FYI, fake tails are really expensive, and the fake tail also needs to match your pony’s size and color such that it looks really natural. There are not a lot of readily available platinum blond tails available that will fit a 12 hand palomino. By the way, I’m extremely grateful for, and impressed by,  the speed and beauty of the braiding teams at these A shows. It is astonishing what happens overnight at the horse shows.

So, now here we are. Let’s fast forward to Eleanor and Pancake’s fourth  show. I am very nearly a seasoned A-show mom. It is the start of the second day. Elea and Pancake haven’t yet qualified and Elea has been growing like a weed. She’s clearly starting to outgrow her sweet Pancake, and her coach and I are talking about selling her in the next month or so, so she can get to work on a large pony.

Eleanor is resigned, sad and aware of this being likely her and Pancake’s final show.

Somehow, we now look like we know what we are doing, but compared the other girls and their beautiful ponies, we are still beginners. Elea and Pancake have come so far, and we are improving relative to our first outing, where we were last in every class. Today, they get all the right strides and are in the ribbons. But, we don’t anticipate any wins; it is a big class with lots of seasoned competitors.

As our coach and I chat between classes, we are starting to prepare ourselves and Eleanor to accept the next phase. We are saying how proud we are, how far they’ve come, how proud she should be of herself and the amazing Pancake. After all, only a year or so ago they were doing cross-rail classes at unrated shows..

Eleanor’s last two over fences rounds do look good, but I’m not yet good enough to be able to predict the placing. They announce the ribbons, and Eleanor and Pancake got a blue, and then a third… and in my head I’m starting to do the math, a red yesterday, and…. just as it’s dawning on me that she might well get reserve, the announcement comes, “Reserve Champion, Eleanor Rudnicki and The Promise Queen of Hearts.”

We let out an inappropriately loud shriek! We are going to Pony Finals, after all! Our trainer, my husband, and I are all spilling tears of joy and disbelief. We are so proud of Pancake and Eleanor! Elea, though, doesn’t seem surprised at all. She was pretty sure she and Pancake were going to get there.

Now watch out for us in August—we will still be the newbies at Pony Finals. But, you can bet I’ll have the hoof oil… just not in a bright yellow Valvoline jug.