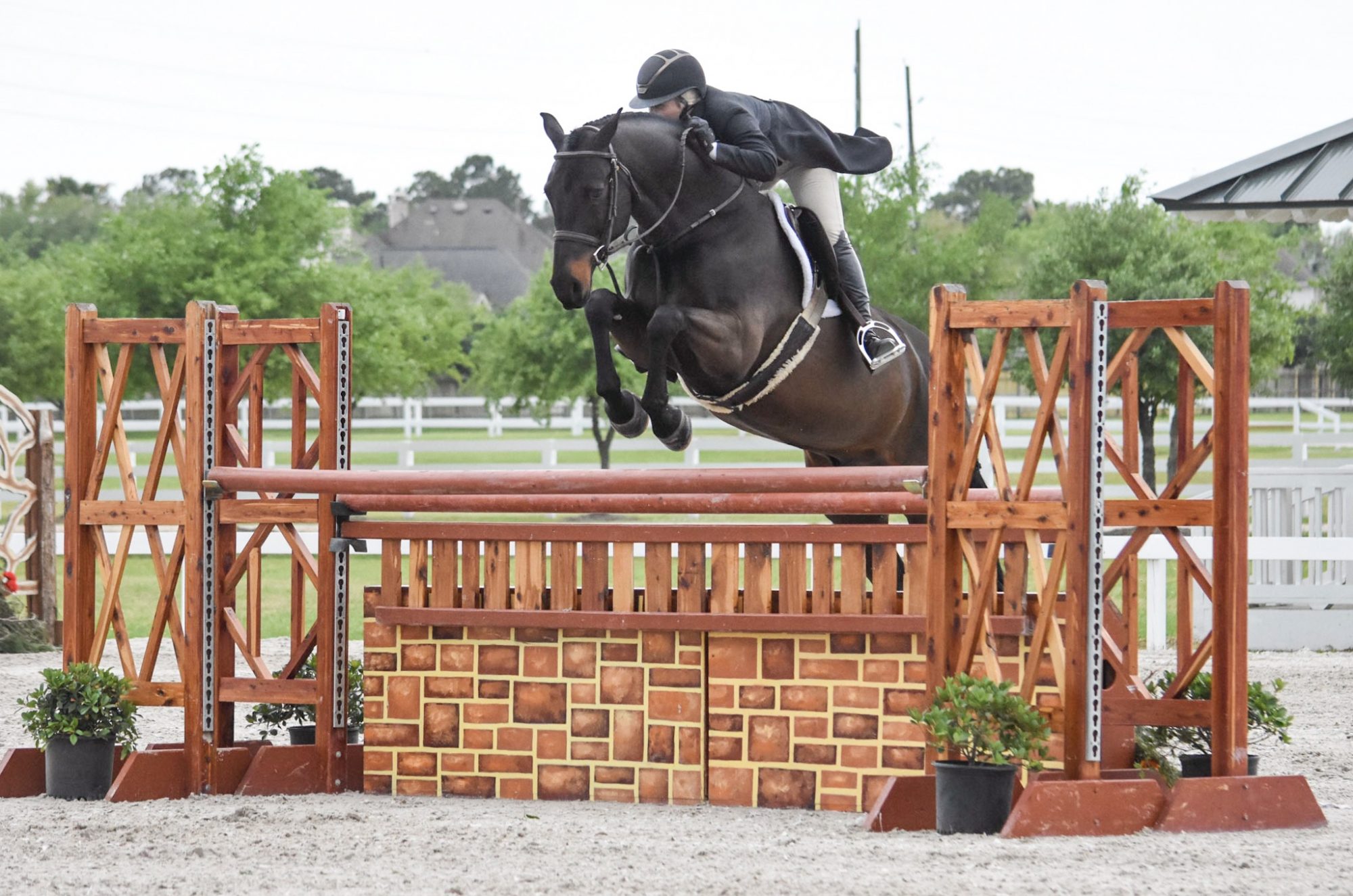 Photos and article by Katie Lenkart,

As Courtney Calcagnini walked into the ring for the Handy round of the International Derby on the horse, Bowie, the pressure was on. She had won the Classic round, which meant she was the last to go in the Handy. After contesting a difficult track and extremely windy conditions, she claimed both the Handy and the overall wins. Although this is not Bowie and Courtney’s first derby together, this is the first derby they have won under the ownership of Lori Mathews. “I feel so fortunate to be able to ride Bowie, and even more lucky to have Lori as an owner. She is a great horsewoman and rider, and also shows him in the Amateur Owners.” Bowie was sold at the end of summer, but recently ended up back at South Haven Farm after Mathews bought him in January. “I’m so happy to have him back. He is an amazing horse.”