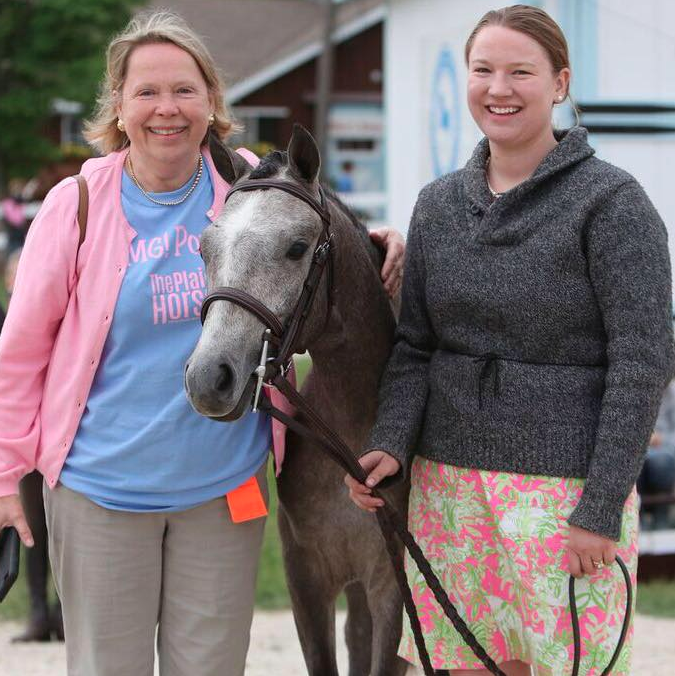 PHOTO: Piper with her mom Robin and baby Eagle at The Devon Horse Show

I have a confession to make. I can sometimes be a bad sport. It happens a few times a year and it is mortifying to me. I am so embarrassed because I know how wrong it is for me to feel that way and how lucky I am to do what I do. Mostly it’s privately to myself, sometimes it’s behind a tent or port-a-potty, and most often it is to the one person I know can straighten me right up, my mother.

Robin Klemm’s signature, “Oh, get over it,” applies handily to most situations in life. When I need some sage wisdom, she is usually the source.

Such was the case the other day when I found myself annoyed with a horrifyingly not blue ribbon. “But my pony is so nice,” I whined, “so beautiful and how could that not be the winner?”

Her first approach was the “you got a ribbon” tactic. You were in the ribbons, how can you complain about that? Then came the “what went wrong?” approach. If you can explain to me what went wrong, maybe we can rationalize together. That didn’t work as I felt like we should have won.

Then she said to me, “You really think that pony is so nice and so beautiful and such a great pony?”

I smiled. I laughed. I melted. It was another perfect day at the horse show because, at the end of the day, the pony I thought was the nicest pony was my own. Can I be any more fortunate than to have both a mother who puts horse shows in perspective and the best pony at the horse show? I win twice.