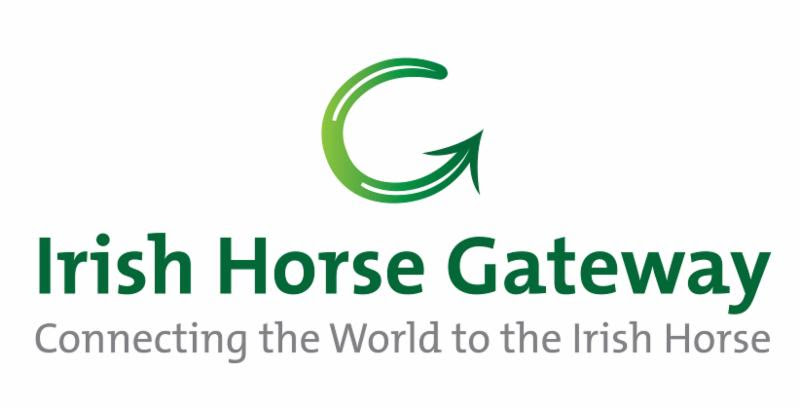 Co. Kildare, Ireland – May 3, 2017 – Irish Sport Horses again proved their talent as world-class athletes,  dominating the scoreboard with top placings at the 2017 Rolex Kentucky Three-Day Event, Presented by Land Rover, held April 27-30 at the Kentucky Horse Park in Lexington, Kentucky. Out of the 39 entries that completed the Four Star competition, 16 were Irish Sport Horses (ISH), who claimed five spots in the top-ten, including third and fourth places!

Great Britain’s Zara Tindall, the Queen’s granddaughter, rode her long-time partner “High Kingdom,” a 16-year-old ISH. The pair made an impressive debut at their first-ever “Rolex Kentucky” finishing in third place after superb clear rounds on the cross-country and show jumping courses to complete on their dressage score of 46.6 penalties – one of only two combinations to do so at the event.

“My horse was fantastic all the way through the competition,” commented Tindall. “He doesn’t owe me anything,” she added, noting the horse has been in the ribbons at several four-stars and has an Olympic medal and a World Championship medal on his resume. “I loved riding him all weekend!”

U.S. veterans Phillip Dutton and the 18-year-old ISH “Mr. Medicott,” who was making his last-ever four-star appearance, were the only other duo to complete the event on their dressage score. They finished with a score of 54.6 penalties, good for fourth place overall and emerging as winners of the Roger Haller Memorial Trophy for the Rolex/USEF CCI4* Eventing National Championship, Dutton’s record fifth time winning the USEF title. Dutton had three horses finish in the top-ten, also taking eighth place on the 12-year-old ISH “Fernhill Fugitive” with a score of 63.0, and tenth place on “I’m Sew Ready” (69.1), giving Dutton an astounding 40 completions at “Rolex Kentucky.”


“He’s such as an incredible horse,” said Dutton about “Mr. Medicott.” “For him to show so much heart – I mean, I only did one horse trial on him in two years – he was just incredible this weekend!”

“The Rolex Kentucky Three-Day event is one of the world’s biggest three-day events, and we are delighted with the performances of the Irish Sport Horses!” said Elaine Hatton, Director of International Marketing for Horse Sport Ireland. “The results speak for themselves. Out of the 59 original entries, only 39 completed and 16 of them were Irish horses. It truly proves how versatile the breed is in a sport that demands talent and bravery at the highest level.”

Defending champion Michael Jung of Germany made history by winning the Rolex Kentucky Three-Day Event for a third consecutive year aboard FischerRocana FST. The duo lowered one rail in show jumping to finish on 42.7 penalties, just ahead of France’s Maxime Livio and Qalao Des Mers on 44.6 penalties.  Nine countries (Australia, Canada, France, Great Britain, Germany, Ireland, Mexico, New Zealand and USA) were represented and a total of 80,654 people came to the Kentucky Horse Park to cheer on the competitors.

There were several special moments for Irish Sport Horses at the event. Buck Davidson (USA) retired his venerable mount “Ballynoe Castle RM” a 16-year-old ISH owned by Carl and Cassie Segal, in front of cheering crowds prior to the show jumping. Davidson and his long-time groom Kathleen Blauth-Murray choked back tears as they draped him in flowers and a blanket commemorating his long career as the bay gelding is the all-time leading points earner in U.S. eventing history and also competed at two FEI World Equestrian Games (2010, 2014). “Reggie” also entered the dressage arena one last time at the beginning of the competition-this time with Kathleen on board and the pair performed a special test ride together.


U.S. rider Alison Springer rode her famed partner “Arthur” an 18-year-old Irish Sport Horse, in one last dressage performance in the Rolex Stadium in a farewell performance for fans. The pair competed at many four-star events together including five times at Rolex Kentucky, taking second place in 2012.

The Irish Horse Gateway’s mission is to connect buyers to sellers of Irish horses and ponies and promote the Irish horse and pony internationally to build upon its reputation worldwide.

For information on The Irish Horse Gateway please see www.irishhorsegateway.ie.

Be Cautious with Iron

It Happens! Jumper Riders Look Back to Embarrassing Show Moments