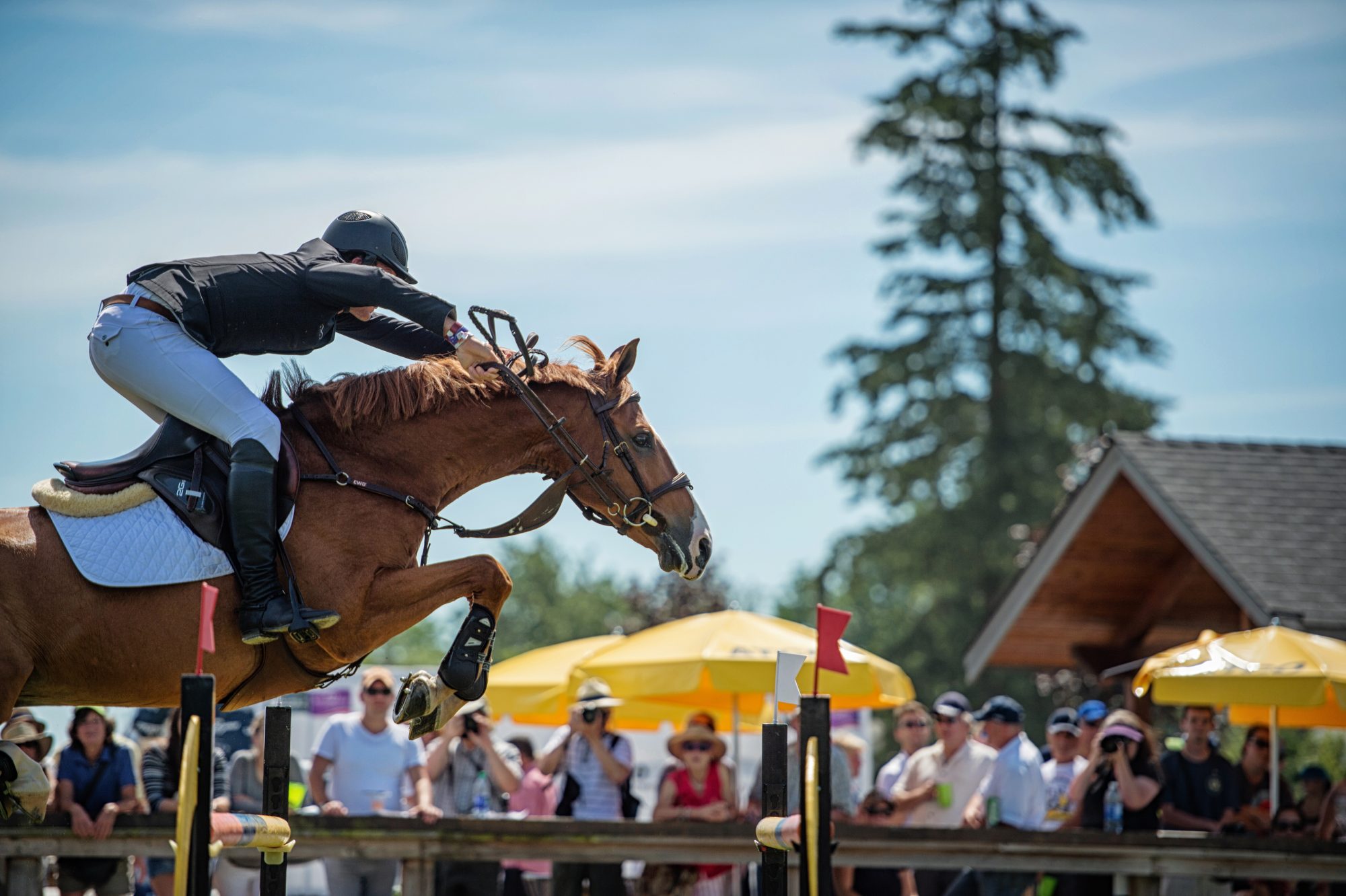 Langley B.C. – On June 2nd come to Thunderbird Show Park to witness Canada’s only FEI Nations Cup League Event. Show jumping, otherwise known as “horse jumping” is typically an individual competition, but the Nations Cup is a rare opportunity to see it as a team competition and cheer on Team Canada.

The Nations Cup event is a team event where countries choose four riders to represent them. There is only one qualifying event in each country and Canada’s is right here in Langley. This impressive event will feature teams from Canada, USA, Mexico, Brazil, Ireland, and more. The teams will all come together to compete for their country’s chance to compete at the international equestrian championship in Barcelona, October 2017.

Equestrian show jumping is where horse and rider pairings compete through a series of twelve to sixteen obstacles in heights ranging from 1.50-1.60 metres. Riders must complete the course within a time allowed and leave all the obstacles untouched to have a “clear” round. The team with the most clear rounds wins. Show jumping competitions are unique in the professional sporting realm because men and women compete as equals. It is also rare for a sport that has competitors ranging in ages of over 50 years, but in show jumping, it’s a test of skill and whether you’re 20 or 70, it doesn’t matter.

Admission to this event, held at Thunderbird Show Park, is free and the public is invited to experience this one-time window into the world of a fascinating Olympic sport.

Thunderbird Show Park in Langley, one of North America’s premier equestrian centres, is hosting the only Furusiyya FEI Nations Cup™ horse jumping equestrian competition in Canada in 2017. Thunderbird Show Park was started by George and Diane Tidball who were inducted into the BC Hall of Fame in 2017 for their outstanding contributions, not only to the equestrian community and building BC’s top equestrian facility but also for their business contributions. George Tidball was the first Canadian to open a McDonald’s outside of the US back in 1967.