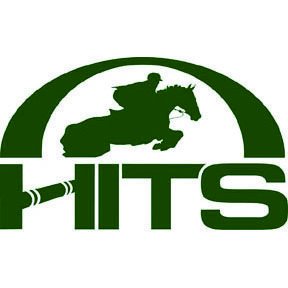 Crete, IL – May 19, 2017 – The $5,000 Johnson Horse Transport Open Welcome Class on Wednesday, May 17 at Showplace Spring Classic II was won by sixteen-year-old Annabella Sanchez of Glencoe, Illinois, who rode her mare Zersina to victory over a field of seasoned competitors.

There were two fault-free trips in the first-round course set at 1.40m, which led to a tight jump-off between Sanchez on Zersina, and Lisa Goldman aboard Moritz B, owned by Sarah Scarnechia. Sanchez was first to go in the jump-off and blazed through the shortened course in a speedy 32.51 seconds; she had an unfortunate rail down at the final vertical. Goldman entered with the hopes of a clean round for the win by going a bit slower, however, despite a well-calculated ride, the top rail of that same final vertical tumbled to the ground with a slower time of 34.39. Sanchez earned her victory by a margin of nearly two full seconds.

Sanchez, who was elated with her mare, added, “This class was a perfect set-up for the Grand Prix. The course was not built too big, and it had a really nice track to help prep for the weekend.” The course was designed by Oscar Soberon, a well-regarded International Course Designer who approaches his jump layout and track with great passion. “My job is to work with the riders, not against them. We are on the same team, we want the same goals,” said Soberon.

Sanchez encourages riders who are making their debut into the Grand Prix Stadium at HITS Chicago, to ride with confidence while negotiating the course, and to have that same confidence in their horse. A strategy that helped Sanchez and Zersina place fifth in the inaugural $35,000 HITS Grand Prix on Saturday, May 13.

Sanchez plans to make competing in big stadiums habit, as her long-term goal is to represent the United States at the Olympics. In the short term at Balmoral Park, she will continue to ready her three mounts for the biggest class of the Show.

“This weekend, I am going to do the Grand Prix with all three of my horses, which will be fun!”, Sanchez said.