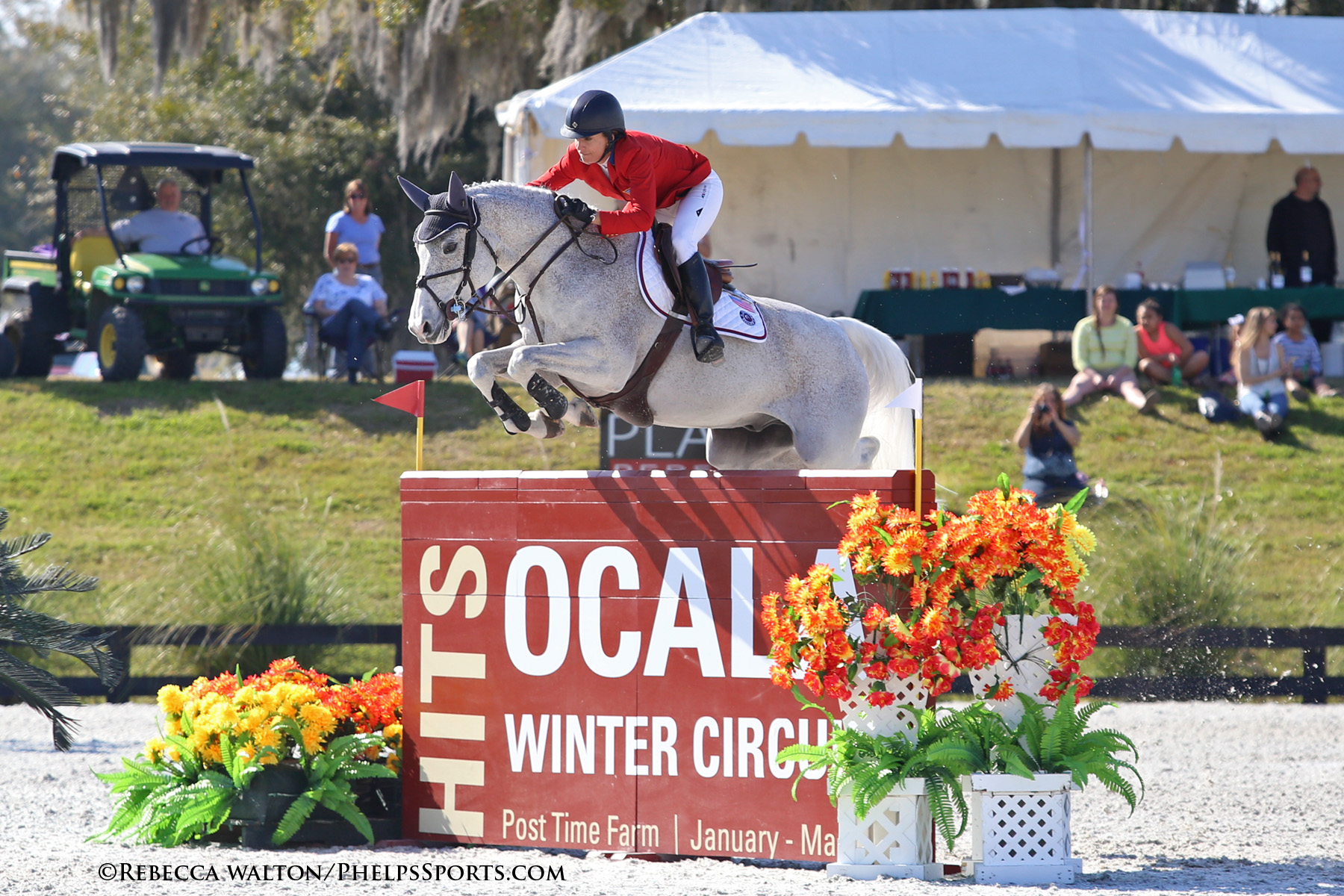 See more from the April 2017 issue by CLICKING HERE!

Kraut and Cedric were one of the most dynamic and successful show jumping combinations in American history. Cedric made his FEI debut in 2006 as an 8-year- old, and his partnership with Kraut has been nothing short of incredible. Kraut and Cedric were key members of the United States show jumping team that claimed the gold medal in 2008 at the summer Olympics in Beijing.

“Cedric has been the horse of a lifetime for me,” Kraut said. “He has been incredible and I’ve learned not to give up and to persevere. It took a long time as he was a little bit slower to develop than your normal grand prix horse. He’s been amazing, and I think I’ll never have another horse like him.”

The pair made numerous Nations Cup appearances around the world, including Rotterdam, La Baule, Rome, St. Gallen, Aachen, Wellington, Dublin and Barcelona on multiple occasions. Kraut and Cedric have also been successful players on the Global Champions Tour and to this date are the only horse and rider combination to win back to back Global Champions Tour events, winning in Chantilly, France, and then just two weeks later at Valkenswaard, the Netherlands.

“For me, one of the biggest career highlights with Cedric was him winning multiple Global Champions Tour grand prix events,” Kraut said. “For him to win back-to-back huge grand prix competitions like that was a tribute to just how great he is.”

Cedric, one of the nation’s leading money winners, amassed well over $2 million in prize money won and, in major competitions of $100,000 or more, produced 81 clear and 45 double-clear rounds. In 2010, Cedric was named The Chronicle of the Horse’s Show Jumping Horse of the Year. Throughout her career, Kraut has achieved great success with many different horses, yet none of those were more exciting than the partnership she developed with Cedric. He has been an absolutely world-class competitor and representative of the United States Equestrian Team.

U.S. chef d’équipe and legendary horseman, George H. Morris, coached Kraut and Cedric to a team gold medal at the 2008 Beijing Olympics. Morris was a huge supporter of the pair from the start, and was confident in their abilities to rise to the occasion in Beijing for Team USA.

“I wanted to go with [Cedric] because he was a careful and competitive horse,” said Morris, regarding selecting Cedric for the 2008 Olympic Games. “I never underestimate a little horse, and the rider – nobody rides better than Laura. He is an absolute blood horse. With all of that Thoroughbred blood in his veins, there is no bottom to Cedric. Careful, clever as a cat, so handy, so fast – all of the qualities that really make a superb show jumper.

“He’s what I call a darling horse,” continued Morris. “That of course was a great asset for the team. He had many, many wins in Nations Cups around the world representing Team USA. Besides the Olympic Games, he’s a horse you won’t forget. You won’t forget Cedric.”

Prior to Cherry Knoll Farm stepping in as owner in 2012, Cedric was owned by Happy Hill Farm and Peter Wetherill, one of Duprey’s childhood friends. In addition to owning Cedric, Duprey, a Grand Prix dressage rider and philanthropist, also owns decorated grand prix show jumper Constable and Rio Paralympic mount Schroeter’s Romani ridden by Rebecca Hart. Duprey is also a partner in a syndication for Andretti S, who is ridden by Kraut.

“I thought owning Cedric would be a great opportunity to become involved in the jumping world with one of the best,” Duprey said about her decision to purchase the grey gelding in 2012. “To be able to carry on Peter’s love of this horse and his love of Laura, makes it very special.

“It has been a privilege to own a horse like Cedric,” Duprey continued. “Because of him, I have experienced international show jumping at the highest level around the world. I am so thankful for everyone who has played a role in his life, from the farriers, grooms, veterinarians – it truly takes a village. There will only be one Cedric and I am honored to have been a part of his journey.”

Cedric and his standout career will be recognized at the Winter Equestrian Festival on Friday, March 3, in a retirement ceremony prior to the start of the $150,000 Nations Cup CSIO4*

Thinking About Casino? 3 Reasons Why It’s Time To Stop

Ask Andre: How Do You Manage Multiple Top Riders at the Same Time?

To The “Backyard” Rider With Big Dreams

Why you should Take Equestrian Studies College Courses Online This Summer

A Parent’s Guide for Having (and Modeling) Calm Confidence at the...