Home Blogs Barn Lounge How Much Do You Listen to the Announcer? 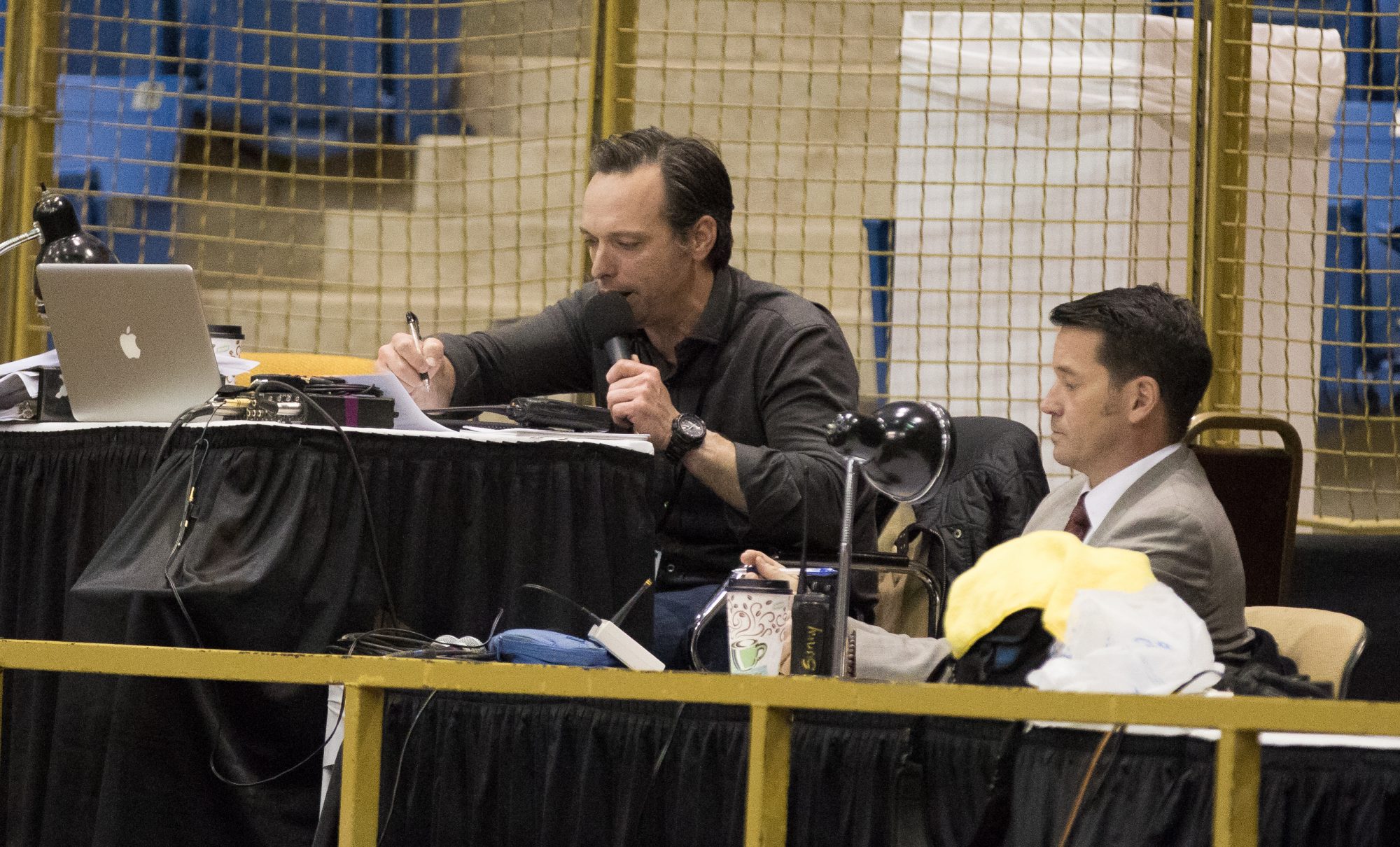 Every horse show requires an announcer to tell the spectators what is going on in the arena. Whether or not these announcers are just white noise in the background or make a lasting impression on those in the audience relies completely on the personality, voice, and knowledge of the ring.

Brian Lookabill possesses all of the right characteristics and more to make any audience silent when his voice sounds over the loudspeakers. He can be heard all over the nation at some of the biggest horse shows, including The National Horse Show, The Devon Horse Show, WIHS, and more. At The National Western Stock Show in Denver, Colorado, he not only announces the next rider and horse, he also throws in facts, fun things to know, and equine history into his jargon to entice his audience of riders, horse parents, and clueless locals. His is a voice that is meant to be heard and even learned from.

Lookabill, originally from Washington D.C., has always been a traveller,  but now calls Lexington, Kentucky his home. At 16, he started going to horse shows to set jumps as ring crew , and did not get into announcing until years later.

“I can’t say I remember really the first time I was an official announcer.  But my first time unofficially I do remember, as I was just thrown up on the stand to announce at a show I was working as jump crew,” Lookabill said. Though he had always had a knack for the microphone as an avid singer, Lookabill said he was nervous. When it went well, he knew a new career had arrived.

“There’s always a shortage of staff at a lot of different horse shows around the country. So, if you’re like me and you’re working at a lot of those different shows, it’s inevitable that you will be asked to help in some way,” he said. Lookabill found his niche behind the microphone. Soon, more and more shows heard his voice and started to ask him to announce.

“I’ve gotten to be able to do some pretty cool stuff, from the World Equestrian Games to the Longines Global Champions Tour to all the indoor shows,” he said. However, the coolest thing for him was the opportunity to announce at The National Horse Show when it was held at its original location in Madison Square Garden.

“That was such an interesting experience, especially because it was the year after the September 11th attacks and I felt as though the spectrum had changed. I felt myself wondering if I should be at this horse show or if I should be out in the world somehow serving my country,” Lookabill said.

The week before the attacks he had been announcing at another horse show. “That was also interesting because while every single other sporting event and basically everything had been cancelled or stopped, the horse show went on. So, I felt guilty being there until I was asked to sing ‘The National Anthem’ and ‘America the Beautiful’ as a tribute.”

Show after show, Lookabill continues to entice and educate the audience as his melodic voice draws them into the action in the ring. When Lookabill comes on over the loudspeaker, sometimes even the oldest and “wisest” horse people learn something new. For example, did you know that the hunter division actually originated from fox hunting? For Lookabill, this is something that he would pull out of his pocket while filling time between riders.

There is always time to learn, grow, and educate, and Lookabill does not take this lightly. His bright character shines through every aspect of his life. From his surprisingly immense knowledge of the horse world to his noteworthy voice, Lookabill is a unique personality on the show circuits.

What You Should Know About Delta 8 THC?

What Are Spider Graphs?