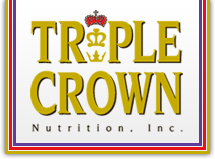 At the Festival of Champions at Gladstone’s historically beautiful Hamilton Farm, Perry-Glass and her Olympic partner Goerklintgaards Dublet kicked off the weekend by earning first place in the FEI Grand Prix with 73.7% on Thursday, May 18. After a challenging Grand Prix Special on Friday, they rose to the occasion, finishing second in the FEI Grand Prix Freestyle on Sunday, May 21 with 73.325%. It was just what they needed to push their cumulative score to the top to earn them the title of the 2017 U.S. Dressage National Grand Prix Champion.

“I’m proud of him,” Perry-Glass said of the 2003 Danish Warmblood gelding (Diamond Hit x La Costa, Olympic Ferro), owned by her mother Diane Perry. Perry-Glass acknowledged that the weekend didn’t showcase their best personal performances, although they still outscored all of their talented competitors and led the victory pass round with Dublet sporting the blue blanket and tri-colored ribbon. “This was only our second year at Grand Prix. Our first year was kind of a whirlwind.”

Their first two years at the Grand Prix level have certainly included more than a typical horse and rider’s – Perry-Glass and Dublet’s accomplishments include winning the Grand Prix at the 2015 Palm Beach Dressage Derby, coming in second at the 2016 CDI-W Grand Prix and Grand Prix Special at the Adequan Global Dressage Festival in Wellington, Florida, and, most notably, helping the U.S. Olympic Dressage Team to the Bronze medal at the 2016 Summer Olympics in Rio de Janeiro, Brazil.

As a competitor at the top of her sport, Perry-Glass knows the importance of proper nutrition for her equine partners. She has been using Triple Crown products for the past four years. “I was working with a nutritionist who highly recommended Triple Crown because of their reputation, the quality of feed, and the science behind it. I began feeding it, and immediately noticed a big difference in my horse’s’ performance, weight, coats, and their overall health, so that’s why I stuck with it,” says Perry-Glass. She is currently feeding Dublet the Triple Crown Training feed, the 30% Ration Balancer, and the Alfa-Lox® Forage and will take her Triple Crown feed with her to Europe this summer to assure continuity in Dublet’s diet.

Perry-Glass understands the impact that nutrition has on performance perhaps even better than most, as she is not only an equine professional, but also an avid athlete in her spare time – particularly as a runner. “As a professional and also as an athlete myself, I feel that nutrition plays a huge part in performance and training. If you don’t fuel your body or the horse’s body correctly, it can affect everything – mood, stamina, and energy. I really believe that having a quality feed is just so important.”

Triple Crown Nutrition derives its name from the prestigious Triple Crown racing series. Mirroring the three races, the feed company is dedicated to three important areas of nutrition: revolutionary formulations, premium ingredients, and the company’s own EquiMix® Technology. Triple Crown Nutrition’s dedication to excellence results in high quality feeds that serious competitors can count on when fueling the equine athletes that they ask so much of.

Triple Crown is headquartered in Wayzata, Minnesota, and is distributed through independent feed stores throughout the United States. It was founded in 1989 and prides itself on being the first feed company to add prebiotics, probiotics, and organic minerals to horse feed. To learn more about Triple Crown feed products, please visit www.triplecrownfeed.com.

Sustainability is Key for Equine Athletes

The Power of Engagement

From the Saddle to the Judge’s Seat Meet Bob Crandall

Over 100 Years of Trusted Grooming Technology: The Straight Arrow...

Kelsey Thatcher Explains her Program for Success After Riding to the...