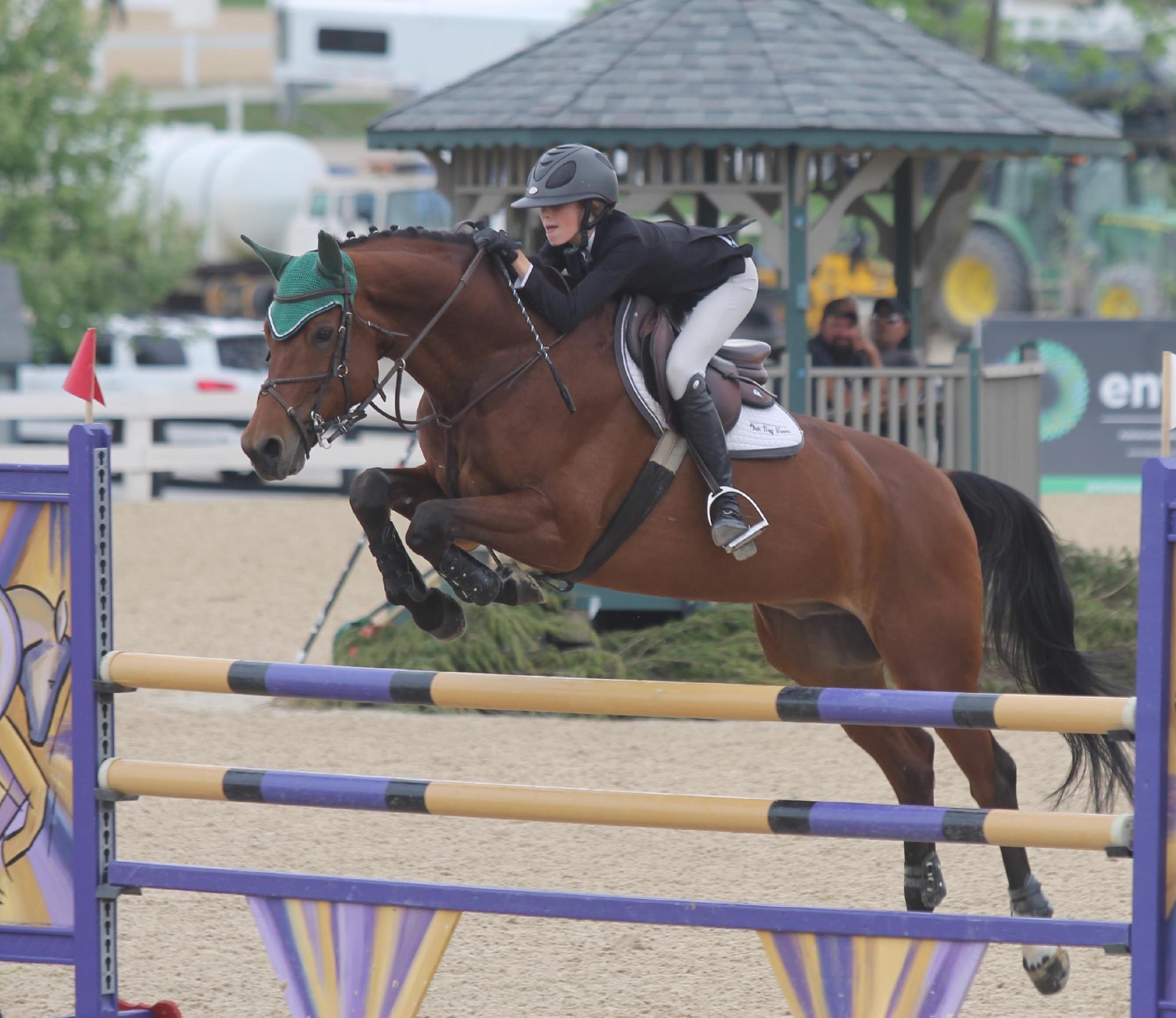 Natalie Jayne and Twitter have been on fire this year, including at the Kentucky Horse Park in May. Against top riders and horses, Jayne earned the Championship title in the Low Junior Jumpers riding Twitter. Twitter, also known as ‘Tweet’, was brought to the Jayne’s Our Day Farm in December at the beginning of the Winter Equestrian Festival. Natalie competed him in the Low Junior Jumpers at WEF. From Florida, the combination headed to the Kentucky Horse Park to compete at Kentucky Spring Classics 1 & 2. During the second weekend, Natalie and Twitter experienced a special moment in the Rolex Ring. The two had a speedy and accurate  trip, and blazed across the timers with the leading time of 58.221 seconds, about 1 second ahead of second place. Jayne and Twitter held the lead to the end, pinning them 1st out of 30 competitors. Miss Jayne states that, “my most memorable moment with Tweet is doing the class in the Rolex because I’ve never ridden in that ring before and he went so perfectly. We ended up winning that class!” On Saturday, Jayne and Tweet took on the Low Junior Jumper Table II 2(B) in the Walnut Ring. The dynamic duo went double clear and took home second out of 23. When Sunday came around the formidable combination already had great ribbons under their belt, so a top placing would make them Champion or Reserve Champion. Jayne and Twitter had a tidy trip, but were not fast enough to have the blue. They came in fourth, less than one second away from winning. Luckily, because of their prior success during the week and the top five placing in the Classic, Jayne and Twitter were announced as Champion. This is Jayne’s first year in the Low Junior Jumpers. “I wasn’t expecting to do so well since I’m still so new to to the division,” she said.

Besides winning, Tweet “loves to lick things in the barn, and he will lick you straight up the face if you give him a treat,” according to Jayne. She also sent in the funny picture of Tweet after she gave have him a treat!

Congratulations Natalie Jayne and Twitter on a very successful weekend at Kentucky Spring Classic II. We wish you the best of luck throughout the year. 10 Ways to Build a Stronger Bond with Your Horse

You Can Give Yourself Permission to be a “Bad” Horse Owner...