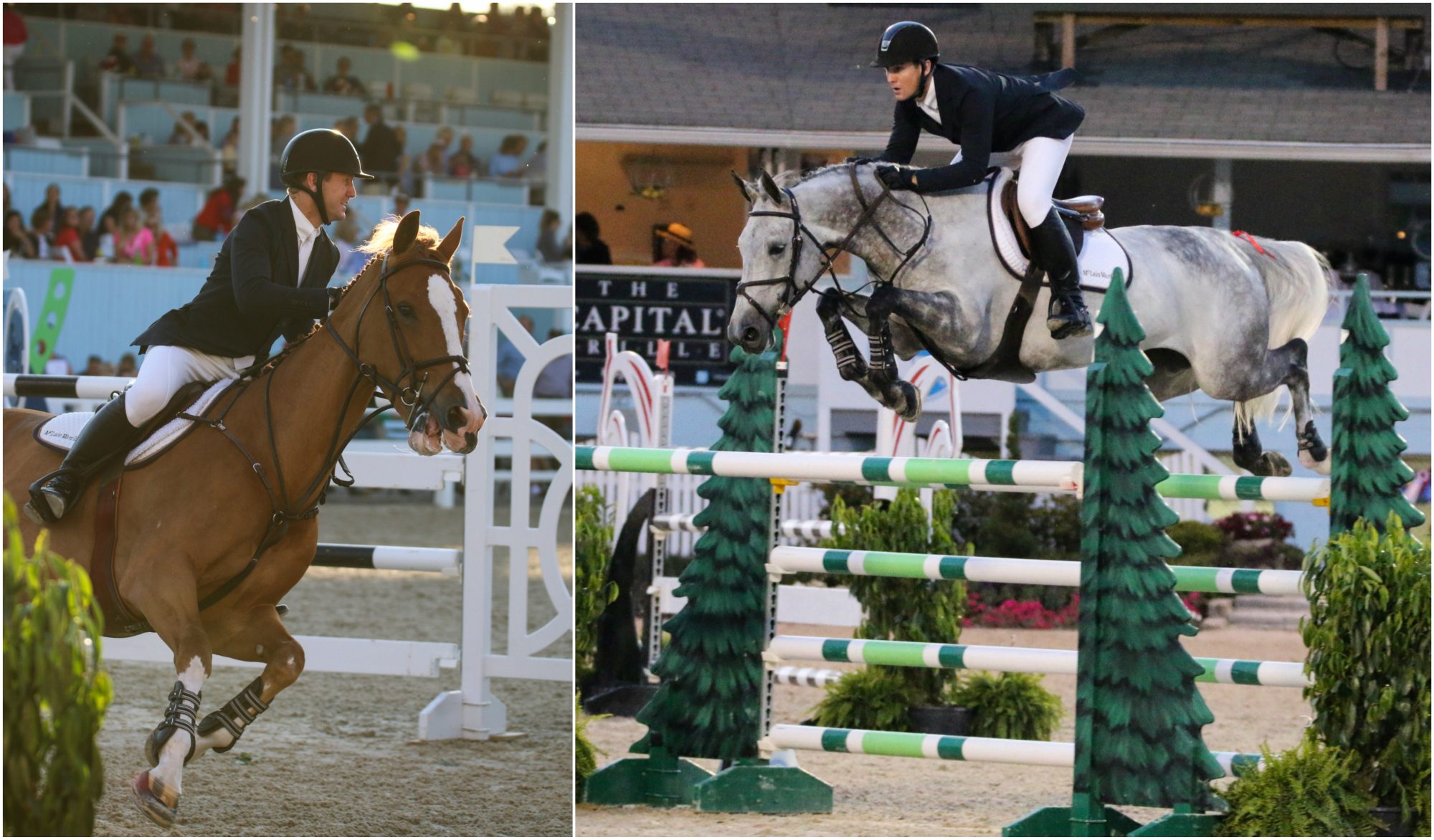 American superstar McLain Ward showed two of his newest horses at the Devon Horse Show and Country Fair, a grey mare by the name of Bellefleur PS Z and a chestnut gelding named Balando. For many, it was the first time seeing McLain on the horses, and there was a buzz in the air each time Ward entered the famed Dixon Oval.

Balando, which Ward acquired in December of last year, started competing during the third week of the Winter Equestrian Festival. The eleven year old Dutch Warmblood began winning right away, taking the blue ribbon 1.40m Speed class, and his success continued throughout the winter circuit. “He almost always leaves a show with a blue ribbon,” Ward explained. The handsome horse is a valuable addition to the World Number Two rider’s string.

Bellefleur PS Z was also acquired in December and  started showing during the third week of WEF. Just seven years old, the mare had several top 15 placings during weeks 8 and 9 of WEF. Bellefleur had several weeks off before jumping at Old Salem Farm, and then jumped her first Grand Prix at HITS Saugerties. Devon marks her first experience in night classes, and she jumped well in the speed class to finish on a slow clear round. “I’m excited about this mare, she’s really great to ride,” said Ward. “She’s young and coming together very well.” No doubt Ward looks forward to developing this talented young horse. His legendary training regimen has produced countless winners. Will Bellefleur PS Z be the next one?

Show jumping fans worldwide will watch with excitement as Ward gallops through the start flags on his new mounts. With a deep string of talented jumpers, he will continue to stay atop leaderboards all over the world.

The Breakthrough I Witnessed in the Healing Power of Horses