Home Press Release The Canadian Children’s and Juniors Take Back to Back Wins! 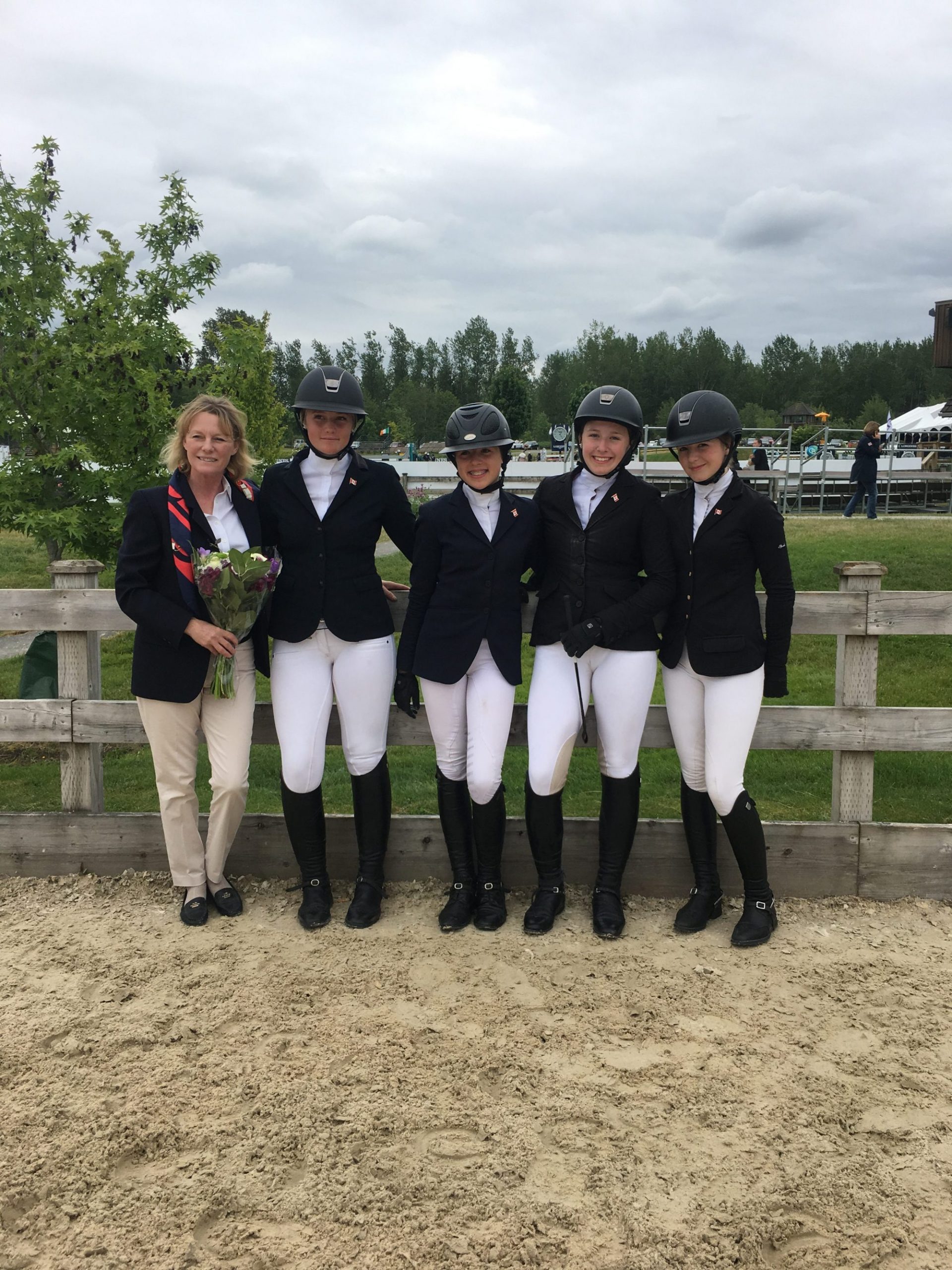 Langley B.C.- June 3, 2017 – Both the Canadian Children’s Team and Junior Team take the win today at Thunderbird Show Park (Tbird). In light of the “Nations Cup” week, Canada and USA had their children and junior teams “The Maple Leafs” and “Stars and Stripes” compete in a mock Nations Cup event today at Tbird.

Beth Underhill walked the course with both teams, resembling a mother goose with her ducklings. The young riders all walked the Nations Cup course the previous day and now it was their opportunity to walk and show their stuff. At a 1.20m the Children’s course was designed by Peter Holmes and asked just enough questions for the young riders.

The children’s team competition started with “Stars and Stripes” rider Maggie Kehring who put in a clear round right off the bat. “The Maple Leafs” rebutted with a clear round from Anya Berenznicki. Next in for “Stars” was Mikayla Foster who had one down. Megan Schlosser was next for “The Leafs” and had two rails down. Alexa Leong had twelve faults for USA that resulted in the drop score as Emma Callanan as the American anchor was clear. But the Canadians came out on top for round one with Carly Stevens and Hannah Rajotte both going clear, leaving Canada with a blank slate for the second round.

For the second round, Berenzicki and Rajotte both had one rail, but with one dropped, they tied with the Americans for only four faults total. It was then a jump off for the first place finish. All eight riders completed a jump off, but it was Canada again that took the lead as they had three go clear in the jump off, while “Stars and Stripes” had two rides with a rail. That was all “The Leafs” needed for the win.

Next up was the Juniors. The Maple Leafs were again able to snag the lead again in this 1.40m class. Cassie Gorsline was first in for Canada with five faults, American Giavanna Rinaldi put in a clear round for a lead from USA. But with only three riders the “Stars and Stripes” couldn’t drop Louisa Brackett’s 14 faults which left them with a total of 18 faults after the first round.  The Maple Leafs dropped Megan Champoux’s eights faults for a total of only six which gave them a big lead after the first round.

For the second round “Stars and Stripes” rider Rinaldi placed another beautiful clear round, but it wasn’t enough with Delaney Flynn having eight faults in her round. Team “Maple Leafs” had the win after Jenna Lee Gottschlich and Megan Champoux both posted clear.