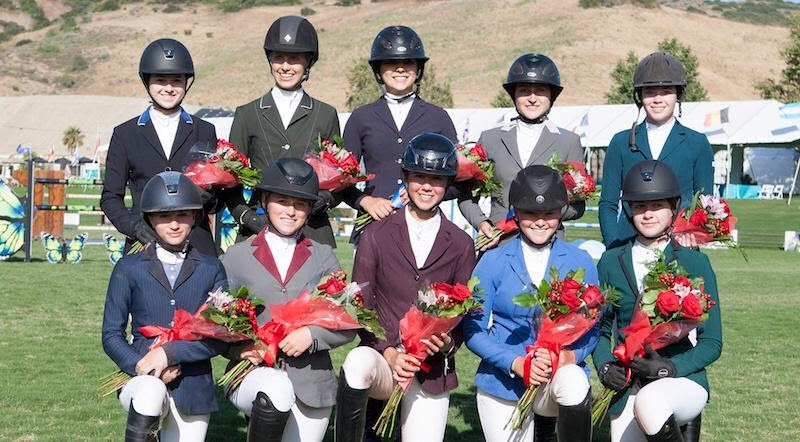 Thirty-two horse and rider pairs declared themselves candidates when the season kicked off at HITS Coachella in mid-March, and a total of ten will go to Saugerties this season. Blenheim EquiSports proudly hosts the final three qualifying tests, which simulate what the contenders will encounter at the Championships: a speed class the first day, a jump-off class the second day, a day’s rest, then a two-round class on the final day.

After the first three trials, at Coachella, Del Mar and Sonoma, several pairs had a shot to accumulate enough points in the June Classic’s classes to secure a spot. The Zone 10 Junior team earned silver last year’s championships; and all of those riders were in the running for a spot on this summer’s Young Rider team, a sign of the developing rider pipeline at work. Zone 10 Young Riders team earned bronze at the 2016 Championship, so the newly selected team will be striving match or better that spot on the podium.

The trials system is known for building camaraderie among future teammates and that was in evidence outside the arena on Sunday. Hayden Zadel and Natalie Dean finished one-two after a two-horse jump-off over a challenging course set by Anderson Lima of Brazil. With their horses, Idagio Van Het Nerenhof and Triskel De Kerliven, the two led the standings coming into the final week and sustained their peak performances to lock in their spots on the squad. Zadel rides with Liz Hutchison and Dean rides with Butch, Lu and Guy Thomas.

Zadal and Dean are newcomers to the NAJYRC experience, but they will be joined on the team by members of last year’s silver winning Junior team: Sarah Baz, riding Abadan; Dalan Laughlin, on Babiole; and alternate Sydney Hutchins, riding Zorlando. Baz trains with Harley Brown; Laughlin with Nina and Mario Alario; and Hutchins with Jim Hagman’s Elvenstar.

An exciting adventure for up-and-coming show jumpers, the Zone 10 teams, their horses, trainers and families started planning for the upcoming championships shortly after selection was complete. With a Chef D’Equipe to be announced this week, team jacket measurements and more were underway as soon as team photos were taken. Blenheim EquiSports wishes every rider the best of luck on their NAJYRC journey.