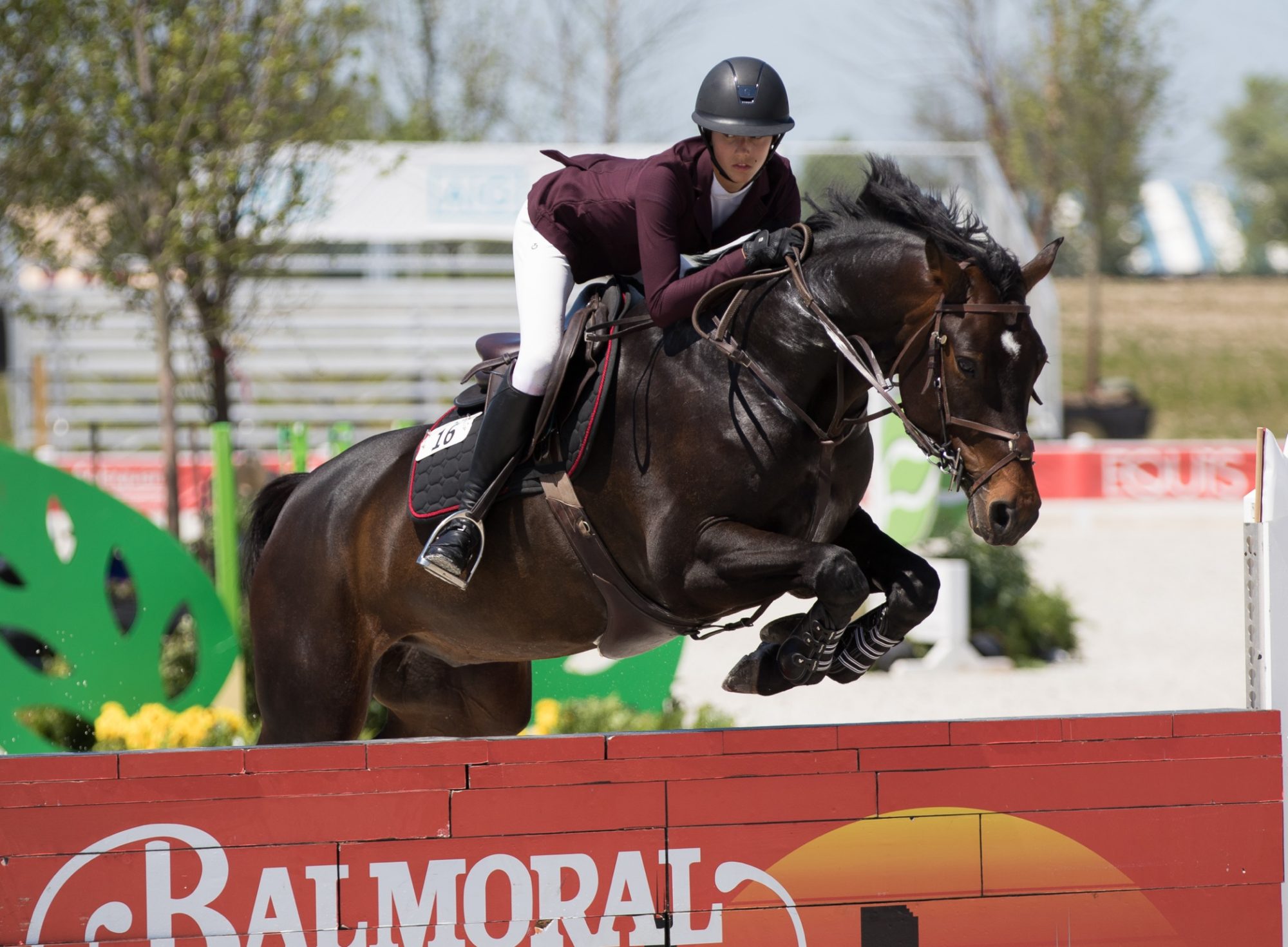 Saturday’s grand opening at Balmoral Park in Crete, Illinois, was a day of fabulous family fun and exciting equestrian events. HITS Chicago presented the Showplace Spring Spectacular, culminating in the $50,000 Purina Grand Prix and $2,500 GhoDho U25 Jumper Classic. With a field of 18 competitive rider and horse combinations, the jumps were high and the stakes even higher.

“This was my first 1.45m class I had done and the most amount of money I had competed for, so I was pretty nervous going into the class,” Sanchez said with a laugh. Nerves did not stop this young competitor from doing her best, as she was the first to go clear in the class and held that status for most of the duration of the event.

“My horse was super good for me, I knew I could count on him to help me in any situation, so that really helped me have confidence in him and myself during the class,” Sanchez said. Cassano Z is a nine year old Zangersheide Gelding which she has had for about five months. Though this is a new partnership, Sanchez has high hopes for this horse.

“He loves going fast and has the heart of a champion,” she said. Her goals with him include Prix de States this year and staying successful throughout the summer in the High Junior Jumpers wherever she goes.

With a recent move to Our Day Farm with Charlie Jayne, Maggie Jayne, and Haylie Jayne Rolfe, Sanchez is excited for the future. “They’re amazing, and from just recently moving to them last Saturday, they already have a feel for my horses and I’m really excited for this new partnership with them,” Sanchez said.

The brand new facility at Balmoral Park is an exciting new show grounds for equestrians of all levels. With ten competition rings, FEI stabling, and twelve permanent barns for stabling and more on the way, HITS Chicago is an exciting option in the Midwest.

“It’s really big which I love. The rings are big, the footing is nice, I love all the grass, and they have great classes with big prize money,” Sanchez said. With plans to finish out the Showplace Spring Spectacular circuit and come back next year, Sanchez is excited for the future of both her horses and the new horse park.