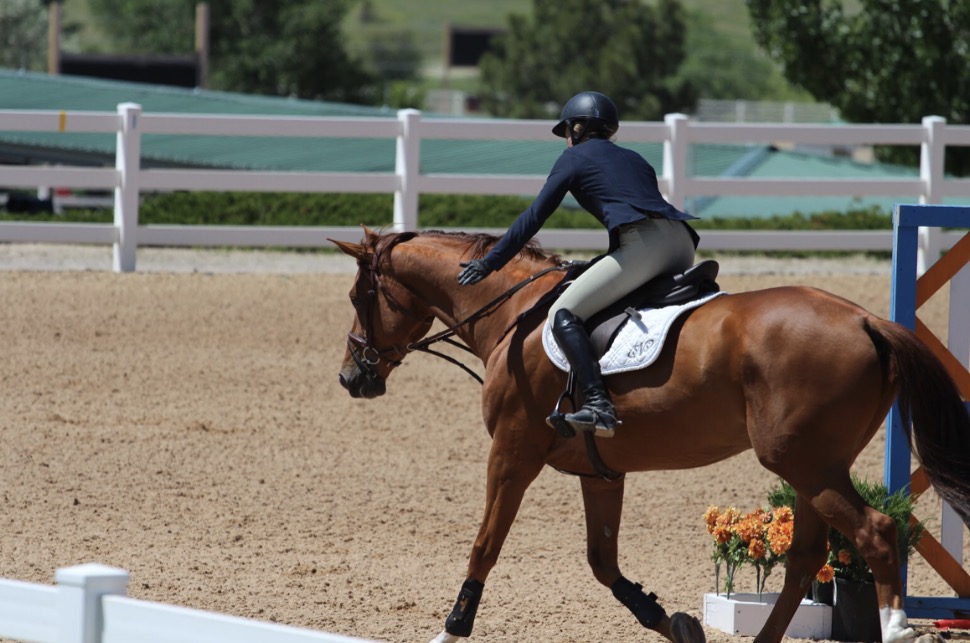 Emotions, horse shows are packed with emotions; from happiness and anticipation, to disappointment and fear. Think of it, some of the day we’re spending time with our friends, eating, laughing, talking. When we start competing, how emotions can change!

Unlike other sports such as soccer or basketball, little mistakes in the show ring can change class placings significantly. When these mistakes occur, some riders exit the ring filled with doubt and frustration. Knowing that the first place ribbon is no longer attainable, this rider is often lacking motivation to fix mistakes. Why aren’t they motivated, why don’t they stay on the horse and continue to ride? Don’t blame the horse, don’t blame the trainer, it’s the rider. Competing is tough; competing on a live animal is tougher. Making a mistake can be embarrassing, a normal response for any of us. What’s not productive is throwing in the towel, and calling quits. Not I, nor anyone else, can prevent these emotions, but I can give a few tips that could help you with your struggle.

The Inner Game: Have you ever had that feeling at a show where you want to make sure the spectators know you ride, and that you ride well? Unfortunately, when something bad happens in our round, we worry about being embarrassed in front of spectators. Here’s the thing: spectators don’t frown upon you when you make a mistake. Half the time, they’re not even paying attention. If anything, they are socializing and talking about their own lives, not you. Don’t beat yourself up because people are spotting out the show; pretend the stands aren’t even there. Continue doing your ride, counting your strides, and focus in on what you’re doing, not on influences outside of the ring.

Two minds: Unlike many other sports, our “ball” has a mind of it’s own. If your horse doesn’t want to do what it is supposed to do, it won’t! If they want to buck, they’re going to buck. If your horse’s actions caused you to go from first to fourth, don’t put the pressure on yourself or your horse. Consider this: if you were stuck in the same daily routine, wouldn’t you get bored? It doesn’t matter how good you as a rider are, horses have brains too! If you are plagued by self doubt or frustration, mentally prepare yourself before showing. Go back in your mind and focus on all those good rides. Think about how you can make the show good for you, and not just about ribboning. Listen to a song that makes you happy, and before you enter the ring, go back to those lyrics. If you still make mistakes, think about how in your next round, or in your next show, you can fix those mistakes without dreading them. Competing at horse shows should be fun, so enjoy yourself!

PUBLISHER’S NOTE: When Defining Your Values Helps Push Through Anxiety