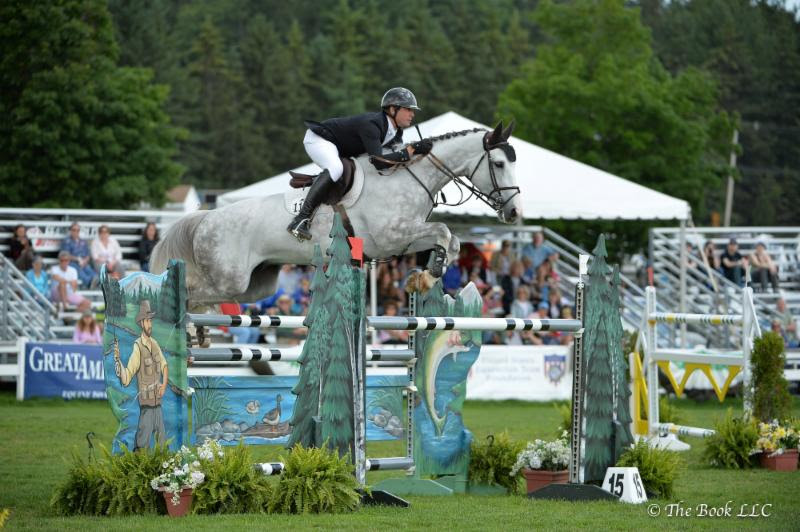 Hear more from top junior rider Taylor St. Jacques on The Plaidcast!
Above photo: Devin Ryan and Eddie Blue
Jimmy Torano Wins Feldman Award for Best Combined Finish in Lake Placid’s Two Grand Prix
Lake Placid, NY – July 9, 2017 – Devin Ryan won the $100,000 Great American Insurance Group Grand Prixat the 48th annual Lake Placid Horse Shows, presented by Sea Shore Stables, LLC and sponsored by Bainbridge Farm.
After 12  of 27 entries qualified for the jump-off by riding fault-free over the 16-effort, first-round course designed by 2016 Rio Olympic course designer Guilherme Jorge, Ryan was the first to return for the eight-effort tiebreaker on Eddie Blue. Ryan rode his 8-year-old, Dutch Warmblood gelding to a clean ride in 35.220 seconds to set the mark to beat.
After the next 10 riders failed to catch Ryan’s time, it came down to Jimmy Torano, winner of the first week‘s $75,000 Devoucoux Richard M. Feldman Grand Prix of Lake Placid. Torano succeeded in riding Daydream to a clean round, but his time of 35.604 seconds left him just shy of Ryan and prevented him from joining Leslie Burr Howard, Debbie Dolan-Sweeney, Margie Goldstein Engle, Jeffrey Welles and Darragh Kenny as the only riders to sweep both Lake Placid Grand Prix in the same year.
“He’s not the fastest horse but he has such a big stride and in a big field like this I was able to take advantage of that,” Ryan said. “There were two places on course where I was able to leave out a stride and I think I finished about as fast as I could have with him today.” 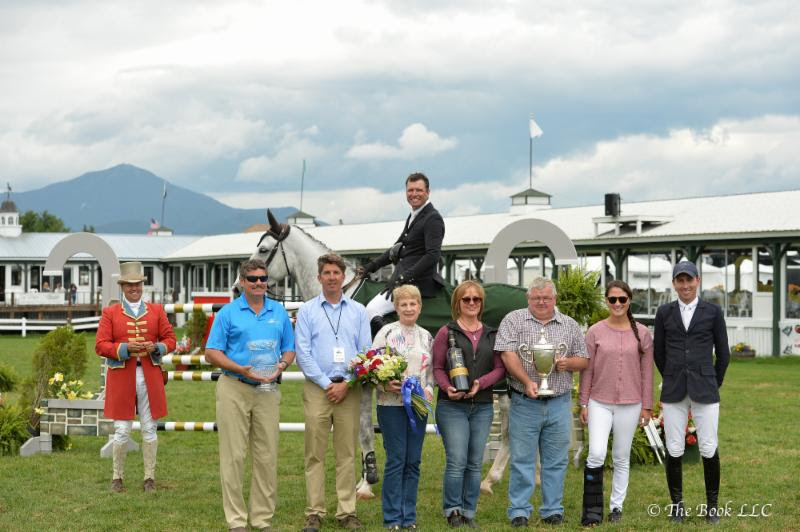 Devin Ryan and Eddie Blue receive their awards
Torano’s second place finish, combined with his win the previous week, earned him the Richard and Diana Feldman Trophy for the best combined finish in Lake’s two Grand Prix. He also earned a win in the $15,000 USHJA International Hunter Derby presented by Eastern Hay & Purina Animal Nutrition, held just prior to the start of the Grand Prix. Torano won over a starting field of 26 horses on Exclusive. He finished the two-round competition with 373 points to top another Grand Prix rider, Amber Harte. Harte, who placed fifth in the Grand Prix on Austria 2, finished second in the Hunter Derby with 357 points on Style.
“I’m fortunate to have a lot of good horses to ride and I’m used to doing both the hunters and the jumpers,” Torano said. “Exclusive gave me two beautiful rounds and then I hustled over to the Grand Prix ring and while I wasn’t able to catch Devin at the end, it was a pretty successful day.” Jimmy Torano and Exclusive
In the $7,500 Taylor Rental & New Holland Low Amateur-Owner Jumper Classic, Kendra Gierkink rode Freestyler to the win for the second straight week. Only 12 of 42 horses completed the first round without penalty to reach the jump-off, and Gierkink won with the fastest of the eight clean jump-off rides, finishing in 38.313 seconds. Danielle Stacy and Hot Topic placed second with a clean jump-off ride in 38.463 seconds. 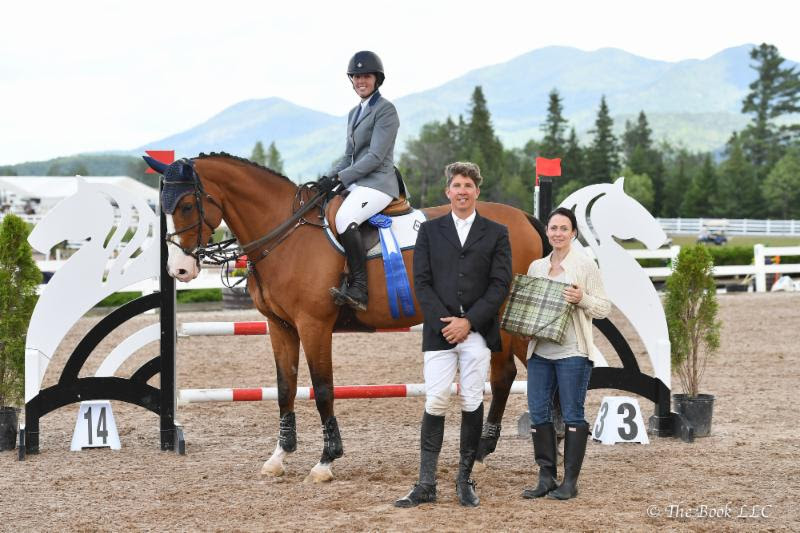 Kendra Gierkink and Freestyler receive their awards
Paige Kouimanis rode Lexus to the win in the $5,000 J. Lohr Vineyards & Wines Adult Jumper Classic. Kouimanis topped a field of 35 horses, 12 of  whom reached the jump-off, and she claimed the win with the fastest fault-free ride, finishing in 28.140 seconds. Placing second was Sarah Gordon with a clean jump-off ride in 30.209 seconds on Bonitha. 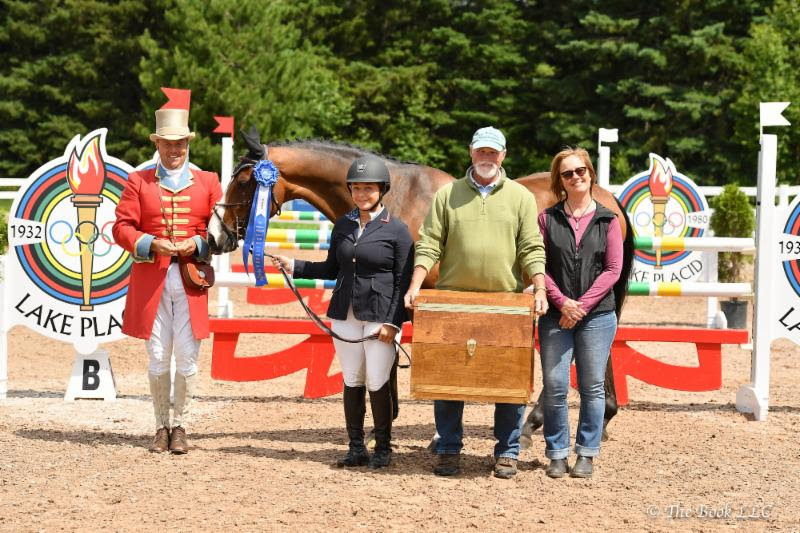 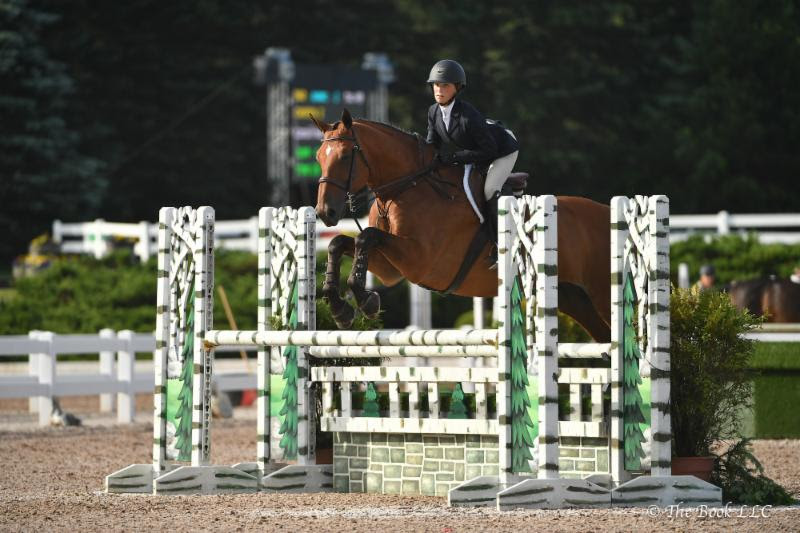