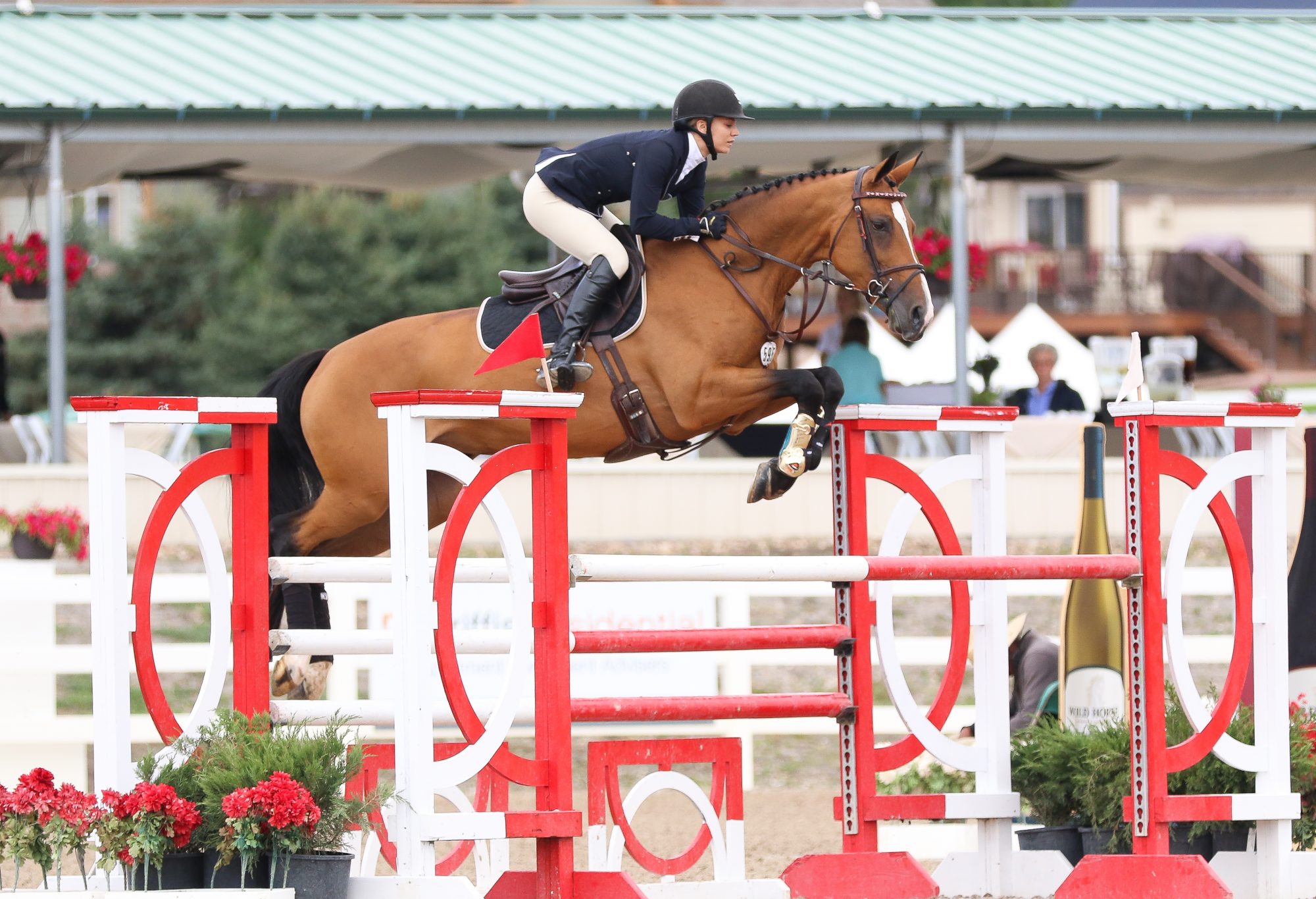 “Our whole universe was in a hot, dense state
Then nearly fourteen billion years ago expansion started, wait…”

We can all sing the theme song to The Big Bang Theory in our heads and reflect upon how math, science, and history unraveled according to science, and then watch as the vision of cells dividing and pyramids being built are faded away to show the cast of the hit TV show sitting on a couch devouring snacks and drinks. Right in the middle of that cast is 31 year old Kaley Cuoco who plays the part of Penny. Though she is a star in Hollywood, she has also become a star in the equestrian world in recent years.

Cuoco did not start her riding career until she was 16, after having graduated high school early at 15 as she was being thrust into the world of acting in her first hit TV show, 8 Simple Rules. “When I quit tennis when I was sixteen, I said I need a new hobby, and my mom just told me I should try riding a horse,” and after that simple discussion, Cuoco caught the fever. 15 years later and she has brought several horses with her to The Colorado Horse Park along with her newest edition and crowd favorite, Shmooshy the miniature horse.

She houses these horses under the the barn name of Big Bay City LLC, that of which she owns herself. “My first horse was a big bay, and then I kept getting big bays, and we were all like ‘hey! it’s Big Bay City here,’” Cuoco laughed. This dream come true for Cuoco has blossomed into something she would like to do for the rest of her life.

“I always laugh and say that horses are my real job, and acting is just a hobby, but horses are really what I want to do now,” she said. However, now that The Big Bang Theory is in its eleventh season, Cuoco is still having to find a balance between the glitz and glam of Hollywood and the horse industry.

“I honestly don’t know how I do it,” Cuoco exclaimed about how she balances the two completely different lifestyles. “Lucky for me I have a wonderful trainer, Tracey Goldberg, and she is unbelievable, she keeps my horses totally fit and knows how hard my schedule is,” she said. As they trade off day to day riding the horses, Cuoco is working full time not only as a big-time actress, but also a rising star in the equestrian world.

“It’s great for me to be able to kind of mellow out from that Hollywood lifestyle, the horses have helped me stay totally normal which is very hard to be in that business,” she explained. Also adding with a laugh that the horses have “saved me from a total path of destruction.”

Though Kaley Cuoco is a famed television star who is in front of the eyes of millions of viewers and will continue to be for at least two more seasons of The Big Bang Theory, her humble nature and kind spirit shine through every aspect of her horseback riding career. After every round, Cuoco takes the time to trot and walk her horses out to make sure they go back to the stable feeling great. She comes out of the ring smiling every time and thanking her horses profusely and then later spoiling them with treats and goodies. Cuoco is a true model of great horsemanship and dedication to the sport she loves so dearly.