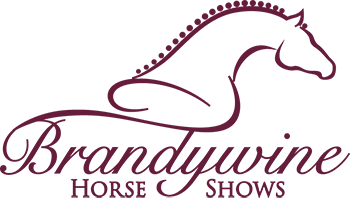 Serio earned the Leading Rider Award during the second week of competition. She said, “We’re really pleased with the show. Both weeks were super competitive, the scores were high, the horses went beautifully, there were lots of top horses there, so I was very excited. That was really nice to be leading rider.”

During Week 2, Serio earned the championship tricolor in the Green Hunter 3’6”/3’9” division riding Antigua, owned by Caroline Kellogg and trained by Jennifer Bauersachs.

The winner of the $5,000 USHJA National Hunter Derby for Week 2 was Samantha Schaefer riding In The Know. The pair received impressive scores of 90 and 100 for their two rounds to clinch the top finish. Schaefer also received the championship in the Green Hunter 3’3” division during week one riding Cheers, owned by Take 3, LLC.

In the junior divisions, it was Emma Kurtz that dominated the field of riders, receiving the Junior Hunter 16-17 championship as well as the Junior Grand Hunter championship with Dedication. Kurtz also received the reserve championship aboard Tradition.

This year marked the seventh completion of the Brandywine charity horse show. Serio talked excitedly about the show’s growth and success, saying, “It’s evolved greatly since the first couple of years. It’s got a really nice following and has gotten really competitive. I feel like we try very hard to do everything from the exhibitors’ perspective. It’s been really quite rewarding to see people come back and enjoy the show. There’s a great team of people that do it all – Jennifer Burger, Geoff Teall, Wendy Janesky – all of those people are fantastic. We love that people keep coming back and that we can keep evolving with the times and staying up to date with everything. Hopefully everybody will come back!”

The entire Brandywine Horse Shows team expressed appreciation to the staff, exhibitors, sponsors and everyone who made the 2017 shows a success.

The Positives From Changing Our Show Schedule: What I Love About...