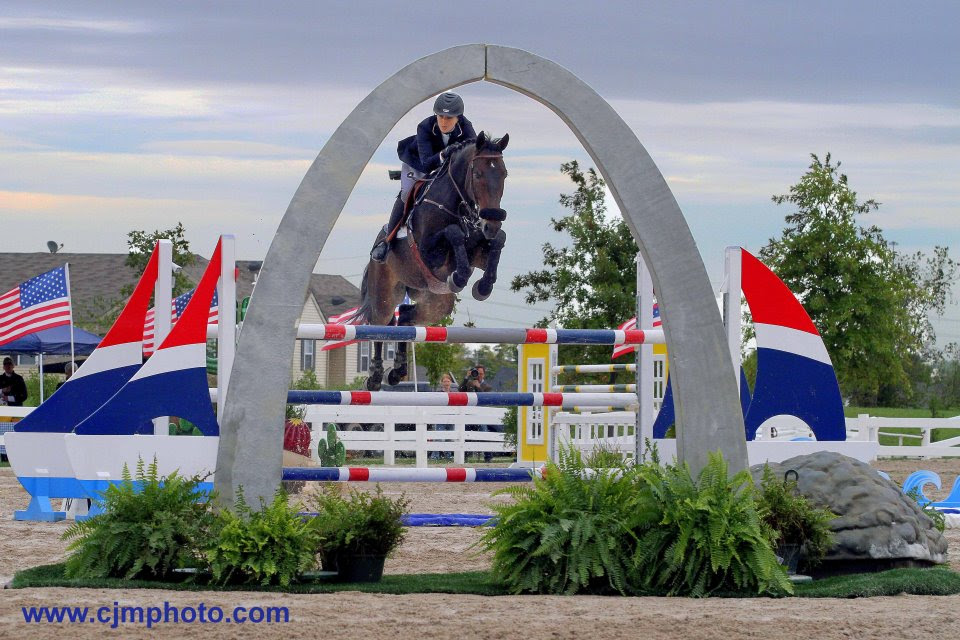 St. Louis, MO – July 17, 2017 – The St. Louis National Charity Horse Show has announced the 2017 Grand Prix  will now offer $50,000 in prize money. The Grand Prix will be held on Sunday, September 17, 2017, in the outdoor arena at the National Equestrian Center in Lake St. Louis, Missouri. The show is honored to once again host the Region 5 ASPCA Maclay Championships on Saturday, September 16th, at 7 pm, during the annual charity show, which takes place from September 13th-17th.  Ken Krome of Westminster, Maryland, will design the courses for both prestigious events.

The Grand Prix has traditionally been a $25,000 class so an anonymous donor put up the extra prize money to raise the bar for the 2017 show. The main goal is to attract some of the best competition in the country to St. Louis to be showcased at the longstanding charity horse show. In addition, attracting more exhibitors and spectators means more money for the charities, which is another goal of the committee.

With roots dating back to 1856 as the first horse show west of the Mississippi, the charity horse show gained national notoriety during the 1904 World’s Fair and has existed in its present form since 1977. The show operates as a 501 (c) (3) not-for-profit organization, with an all-volunteer board on the mission to support and highlight St. Louis-area charities as well as provide a venue for some of the finest equestrian competition in the nation. Since the late 1970s, charitable contributions from the show have exceeded $1 million. The 2017 horse show supports Stray Rescue of St. Louis and Therapeutic Horsemanship, a program of TREEHouse of Greater St. Louis.

Stray Rescue of St. Louis
Stray Rescue’s sole purpose is to rescue stray animals in need of medical attention, restore them to health, and place them in loving adoptive homes. Virtually all of the pets they save have been abused and neglected. Stray Rescue has received numerous accolades and also has received national media attention from multiple media outlets.

Therapeutic Horsemanship – A program of TREEHouse of Greater St. Louis
TREEHouse stands for Therapy, Recreation, Education and Exploration.  While therapeutic riding will remain the cornerstone of the their program, TREEHouse plans to expand its therapeutic and recreational opportunities for individuals and their families.