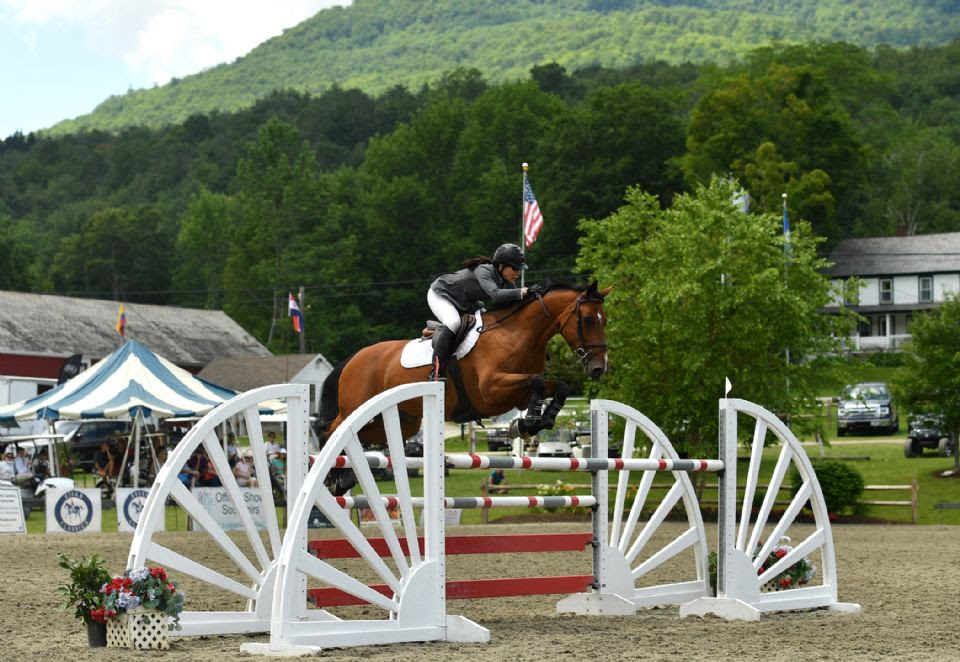 Course designer Alan Wade of Ireland, who will set the tracks at the upcoming 2018 FEI World Equestrian Games in Tryon, NC, built a course for 22 horse-rider combinations. Of the six horses to advance to the jump-off, Glassman, 58, and HHS Bay Hill, a nine-year-old Irish Sport Horse mare (Cavalier Royale x Laughton’s Flight) owned by Kindle Hill Affiliates, stopped the clock double-clear in 36.83 seconds for the win.

Seventeen-year-old Elizabeth McKim of Wilmington, NC, jumped to second place riding Airbrush with a double-clear effort in 37.18 seconds. Veronica Bot, 20, of Burlington, ON, was double clear in 39.53 seconds riding Quidam’s Caprice M for third place in her final class before representing Canada at the 2017 Adequan/FEI North American Junior and Young Rider Championships held this month in Saugerties, NY.

Glassman had never jumped HHS Bay Hill until a week before the start of the Vermont Summer Festival when she borrowed the mare from her daughter, Janice Glassman.

“One of my horses came down with a virus and my daughter and I have shared horses since she started riding at six years old,” said Glassman. “I jumped the horse at home and she was great, and then we came here. She is a very competitive, fast horse and was really on her game in the classic this week.

“The big question mark once I had a clear round was what I would do in the jump-off because I went last in the order,” continued Glassman. “I saw the rider before me do an inside turn, which I had looked at and walked. But, I knew I could get to fence eight quicker than she did and that would allow me to be able to go around. So, that is what I did and the horse was incredibly game. She’s a little spooky when you first walk in the ring, but as soon as you pick up the canter she is very aggressive and locks onto the course.”

Glassman, who is a wealth manager at Merrill Lynch/Bank of America when she isn’t riding or showing, has been competing at the Vermont Summer Festival for more than 20 years. Commenting on the show, she noted, “This is a wonderful show that treats the exhibitors with the highest level of respect and consideration. It is a great place to visit with family and friends, and I have even had clients here visiting with me. It is what horse showing is supposed to be and reminds me of what I have always enjoyed about showing; a fun experience.” 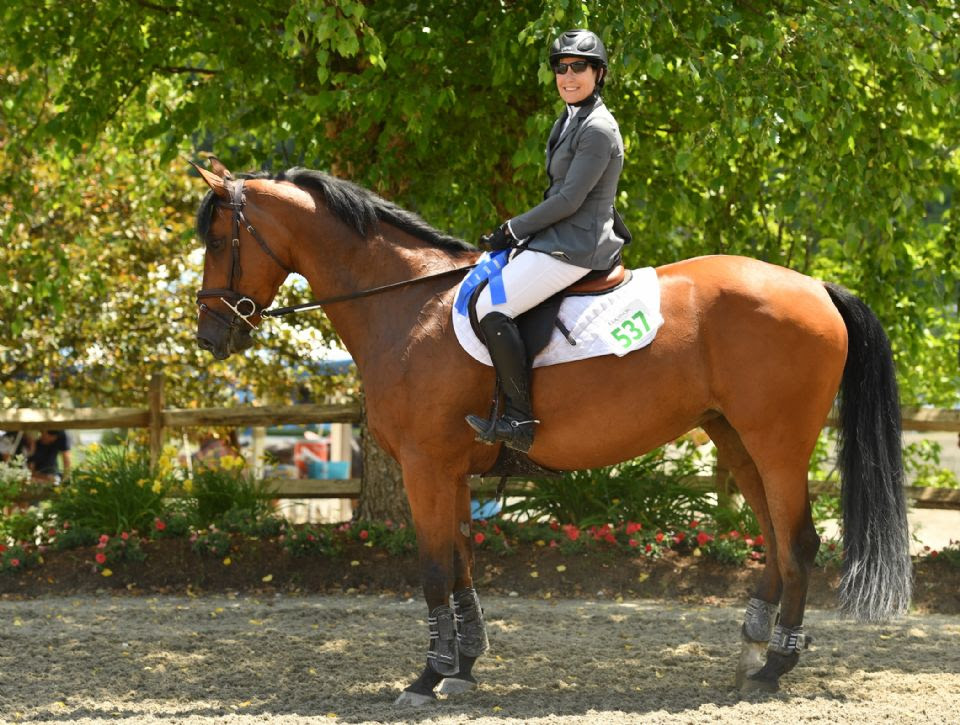 In addition to her share of the prize money, Glassman received a pair of Tonic paddock boots and half-chaps from Schockemoehle for the win.