Home Blogs The Best Boss You’ll Ever Have 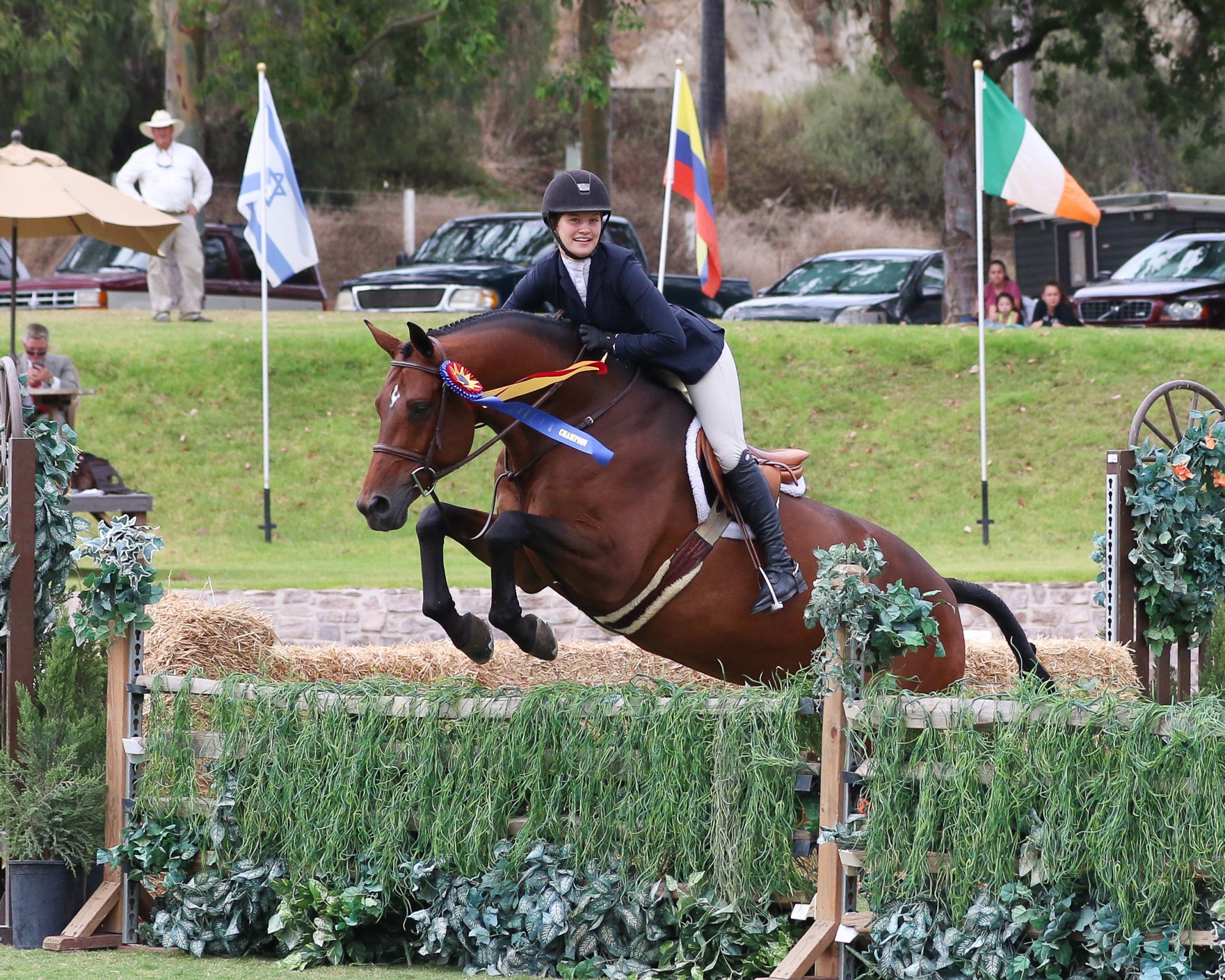 As soon as Hunter Siebel stepped into the large, grass field on her horse at Showpark DelMar in Del Mar, California for the 2017 USEF National Junior Hunter Championships West Coast, the crowd went silent. The stunning pair glided effortlessly over the 3’6” obstacles in superb fashion to win the Overall  3’6” Grand Championship. Her mount, Boss, owned by Laura Wasserman, is a 15.3 ⅞ hand Dutch Warmblood out of Vulana D by Samba Hit II.

Boss came from a dressage barn in Europe, so at the age of seven when Laura Wasserman was looking to buy him, he had only been jumping for four months. Though he was green and inexperienced, Wasserman saw the incredible potential this horse had. “As green as he was, you could just feel how amazing he was. Somehow my husband said yes, and the rest is history,” Wasserman said.

John French was soon taking this young horse up and down the west coast and winning just about everything. However, his success was not limited to the west coast. Boss was in the top ribbons at his very first Capital Challenge in 2013, and a few short years later her came in second in the WCHR Professional Challenge at Capital Challenge in 2016, and took home the Championship at the Pennsylvania National Horse Show in the 3’6” Small Junior Hunters with Katherine Dash. His long list of accolades go to show that Boss is quickly becoming one of the most incredible hunters in today’s sport.

So what exactly makes him so great? Whether it be his lovely, rhythmic canter, or his ability to make almost any distance look perfect, his presence in the ring is incomparable. “He definitely knows he’s the winner and knows he’s perfect,” said rider Hunter Siebel. “It was funny because in our Junior Hunter Finals flat phase he halted beautifully and backed beautifully when asked, and then everyone in my barn said Boss just looked right up to where the judge was with his ears all perked. It was like he was saying, ‘Did you see that? Did you see how great I am?’ ” laughed Siebel.

Though he perks up in the show ring and knows how to put on a show, back at the stable he is quite the opposite. He will often fall asleep leaning all his weight on the back wall of the stall, or rest his heavy head on his favorite groom’s’ shoulder to take a nap. “He really is so sweet; he looks up at you from under his eyelashes when he is in his stall. We call that his bedroom eyes, and he’s just like such a deadly handsome man,” said owner Laura Wasserman.

“I think for people who don’t know him they would think he’s just lazy and tired all the time, but I think that he is actually just thinking he’s all that and a bag of chips,” said Siebel. His undeniably sweet personality immediately lured Siebel when she was first looking for a horse to lease. She remembers him being the kindest in the barn and one she could cuddle with whenever she desired.

Seibel has just two more shows on this once in a lifetime horse before she goes off to college, so he will return to his owner and be ridden by Stella Wasserman for the remainder of the year and for years to come. Look out for Boss in the hunter rings across the country, for this horse is sure to bring in top ribbons for many, many years to come.

How an Average, Working Amateur on a Budget Ended Up Importing